SAN JOSE, CA – It has come full circle. On February 24, civil rights icon Ruby Bridges, whose travails were depicted by John Steinbeck in a section of Travels with Charley, will receive the John Steinbeck Award. The award presentation will culminate an evening featuring an onstage interview of Bridges by KQED's Joshua Johnson.

"An Evening with Ruby Bridges" is slated for 7:30 P.M. (doors open at 7) on Wednesday, February 24, in the Student Union Ballroom on the campus of San Jose State University. Tickets are available at the Event Center Box Office (408-924-6333) or at ticketmaster.com.

In 1960, the NAACP selected a 6-year-old girl to break the color barrier of an all-white elementary school in New Orleans. The transition proved perilous. White parents removed their children from classes; and every school day, angry protesters jeered at Ruby Bridges as she walked the steps of William Frantz Elementary School, surrounded by federal marshals.

Ruby Bridges has been called the youngest foot soldier of the civil rights movement. She entered the history books when she entered first grade. But her role in the cause of social justice did not end there. Ruby has been a frequent speaker at schools and universities on the topic of racial tolerance, and she has served as spokesperson for First Book, a nonprofit organization whose mission is to provide disadvantaged children with new books.

"John Steinbeck expressed concern over an injustice and wrote sympathetically of me when I was a young girl," said Ruby Bridges. "In a way, we've come full circle. I now get to honor him by receiving an award bearing his name. I'm so proud to be part of this." 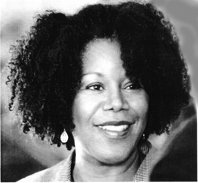 The John Steinbeck Award is sanctioned by the Steinbeck estate and is offered by the Martha Heasley Cox Center for Steinbeck Studies at San Jose State University. The award is presented to artists and activists whose work exemplifies the spirit of Steinbeck's social engagement. Past recipients include musician Bruce Springsteen, Kite Runner author Khaled Hosseini, United Farm Workers co-founder Dolores Huerta, and MSNBC host Rachel Maddow.

With more than 33,000 students and nearly 4,370 employees, San Jose State continues to be an essential partner in the economic, cultural and social development of Silicon Valley and the state, annually contributing more than 7,000 graduates to the workforce.

The university is immensely proud of the accomplishments of its more than 220,000 alumni, 60 percent of whom live and work in the Bay Area.