SAN JOSE, CA - On the evening of Tuesday, February 21, 2017, journalist and philanthropist Bob Woodruff will receive the 2017 John Steinbeck Award in a public event in the Student Union Ballroom of San José State University. Dan Ashley of ABC7 News will conduct an interview with Mr. Woodruff, who will be joined onstage by his wife, Lee, the co-founder of the Bob Woodruff Foundation. The event is a fundraiser for San Jose State's new Veterans Resource Center. Beginning at 10AM on January 13, tickets ($25 general / $15 SJSU faculty and staff / $10 SJSU student) are available at the Event Center Box Office (408-924-6333) and at ticketmaster.com. 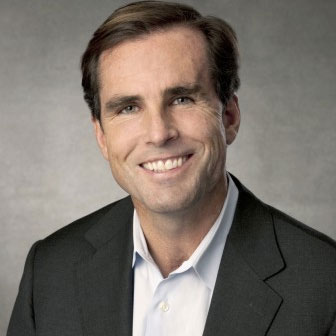 This marks the first time in twenty years that the Steinbeck Award has been presented to a journalist with experience covering America’s foreign wars. Steinbeck was proud of his reporting on World War II and Vietnam, and like Mr. Woodruff, he was an outspoken advocate for veterans.

About the award, Woodruff said, “It’s an honor to receive an award named for one of America’s greatest storytellers; the fact that John Steinbeck turned his writer’s eye on the ravages and stories of war makes him doubly my hero.”

While in Iraq as an embedded reporter for ABC’s World News Tonight on Jan. 29, 2006, Bob Woodruff was seriously injured by a roadside bomb that struck his vehicle near Taji, Iraq. A traumatic brain injury nearly killed him. In a miraculous recovery, just 13 months later, Woodruff returned to ABC News with “To Iraq and Back: Bob Woodruff Reports.” Since then, he has reported for the network from around the globe, earning a prestigious Peabody Award. Together with his wife, Lee, he also runs the Bob Woodruff Foundation (BWF), a nonprofit dedicated to ensuring that post-9/11 injured service members, veterans, and their families thrive long after they return home. To date, the Bob Woodruff Foundation has raised over $33 million to support veterans’ causes.

The “In the Souls of the People” John Steinbeck Award is presented by the Martha Heasley Cox Center for Steinbeck Studies at San José State University to artists and activists whose works embody the spirit of Steinbeck's social engagement. Previous recipients of the award include Bruce Springsteen, Arthur Miller, Dolores Huerta, Garrison Keillor, Rachel Maddow, John Mellencamp, Ken Burns, and Ruby Bridges.

With more than 35,000 students and nearly 4,370 employees, San José State University continues to be an essential partner in the economic, cultural and social development of Silicon Valley and the state, annually contributing more than 7,000 graduates to the workforce.

The university is immensely proud of the accomplishments of its more than 220,000 alumni, 60 percent of whom live and work in the Bay Area.