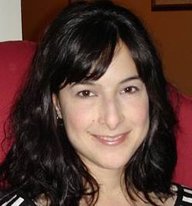 Roxanna Font holds a BA from the University of Michigan and an MFA from New York University. The recipient of writing residencies from the Hedgebrook Writers' Retreat and The Djerassi Resident Artists Program, she is an Editor of the Bellevue Literary Review as well as an Editor at Avalon Publishing Group. In fall 2007 she received the prestigious Mary Tanenbaum Award from the San Francisco Intersection for the Arts for the manuscript of her memoir, The Fig Tree, the project on which she worked as a Steinbeck Fellow in 2004-2005. The award, sponsored by The San Francisco Foundation and administered by Intersection for the Arts since 1991, are offered annually in the amount of $2,000 each to encourage young writers (20 to 35 years old), who are either California-born or currently residing in Northern California or Nevada for an unpublished manuscript-in-progress.
Font's work was chosen from over 150 manuscripts of fiction (novels and short stories), poetry, nonfiction prose, graphic novel, and drama. The selection committee's citation reads as follows:
In her compelling manuscript of nonfiction "The Fig Tree," Roxanna Font illuminates the complex process of piecing together not just the disparate threads of the narrative of her Cuban-American family, but also of trying to claim ownership of that narrative, and by extension, her connection to the island nation of Cuba. Through the discovery of her deceased great-grandmother Elisa's poetry and letters, Roxanna attempts to understand and intervene in a narrative fraught with the politics and rhetoric of post-revolutionary, anti-Castro Cuba which has left little room for her own voice. Her Grandmother's writings, including a narrative of a fig tree she'd planted in her yard in the town of Holguin prior to the revolution, become the focus of Roxanna's musings on a Cuba forbidden and out of reach to her because of both the embargo and because of her family's departure during Castro's revolution which has caused them to read Cuba through the singularized lens of communism. The author explores the complexities of her own softer sense of "betrayal" by that island nation, and eventually she is able to travel to Cuba as part of a theatre troupe performing throughout the island. This return to the homeland enables her to confront her own assumptions and nostalgia (made more pronounced in her grandmother's writings) and to seek a bridge between the Cuba of her family's past and the Cuba that exists today. This is a project that works to recuperate the complexities of immigration and exile and to mine the fragmentary family narrative that is the product of a larger social and historical upheaval. 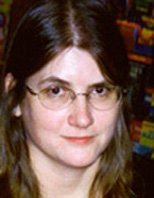 Louise Freeman-Toole is the author of Standing Up to the Rock (University of Nebraska Press, 2001), a memoir of life on a historic cattle ranch in Idaho's Hells Canyon. Standing Up to the Rock won the Idaho Book Award and the Pacific Northwest Booksellers Association Award in 2002 and was a finalist for the Washington State Book Award and the Willa Award from Women Writing the West. As a Steinbeck Fellow at SJSU, she is working on a book about her reclusive Alaska grandmother, based on a secret diary written in 1918. The project is also being supported by a $20,000 Howard Foundation Fellowship from Brown University.  Freeman-Toole has received fellowships from the MacDowell Colony, the Vermont Studio, and the Writers Colony at Dairy Hollow. She has been writer in residence at the Klondike Gold Rush National Historical Park in Skagway, Alaska, and the Island Institute, in Sitka, Alaska.  Louise Freeman Toole lives in a remote village on the Alaska-Yukon border. 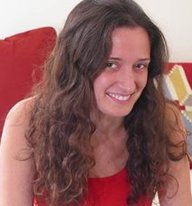 Diana Spechler's first novel, Who By Fire (Harper Perennial, 2009), has been excerpted in the Greensboro Review and Moment. Her second novel, Skinny, is due out from Harper Perenneial in spring 2011. Her work has appeared in Esquire, Nerve,Glimmer Train Stories, Moment, Lilith, and in a variety of national literary journals and magazines. She received her MFA degree from the University of Montana and currently lives in New York City.