John Lee received his MFA from the University of Michigan, where he was a Rackham Fellow. He was subsequently awarded the Carol Houck Smith Fiction Fellowship at the University of Wisconsin, the New York Times Foundation Residency at Yaddo, and the Norio Sugano & Leah Middlebrook Fellowship at the Djerassi Resident Artists Program. A member of the writing faculty at Stanford University, he is currently completing the project he began while a Steinbeck Fellow, a collection of stories about Korean exiles in Asia and the West. 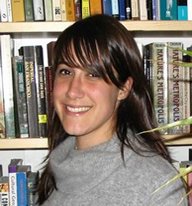 Sara Houghteling holds a BA from Harvard College and an MFA from the University of Michigan, where she received the Avery Hopwood Novel Award.  She was also the recipient of a 2004-2005 Fulbright grant to Paris. Her historical novel-in-progress Pictures at an Exhibition (Knopf, 2009) recounts the life of a family of Parisian Jews attempting to retrieve their looted art collection after World War II. It was reviewed in the New York Times.  On April 15, 2010, the Maurice Greenberg Center for Judaic Studies at the University of Hartford presented Houghteling with the 2009 Edward Lewis Wallant Award for her novel.  Established more than forty-five years ago by Dr. and Mrs. Irving Waltman of West Hartford, the award honors the memory of the late Edward Lewis Wallant, author of "The Pawnbroker" and other works of fiction. Considered today one of the oldest and most prestigious Jewish literary awards in the United States, it is presented to an American Jewish writer, preferably unrecognized, whose published work of fiction is deemed to have significance for the American Jew. Other Wallant Award winners include Cynthia Ozick, Curt Leviant, Chaim Potok and Myla Goldberg.