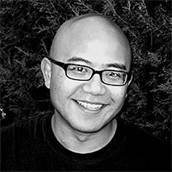 Lysley Tenorio earned his MFA from the University of Oregon, and has published stories in The Atlantic, Ploughshares, Manoa, and The Chicago Tribune.  A former Wallace Stegner Fellow at Stanford University, he has also received fellowships from the University of Wisconsin at Madison, Phillips Exeter Academy, Yaddo, and The MacDowell Colony.  His work has also been included in the Best New American Voicesand Pushcart Prize Anthologies. His collection, tentatively titled Monstress, will be out early 2012 from Ecco/HarperCollins, and a novel will follow with the same publisher. The summer 2011 fiction issue of The Atlantic also features his work. 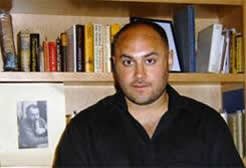 Peter Nathaniel Malae is the author of the story collection, Teach the Free Man, a 2007 Notable Book selection by the Story Prize and a current finalist for the New York Public Library's Young Lions Award.  His prose and poetry have appeared in the Missouri Review, Southwest Review, Witness,ZYZZYVA, Best American Mysteries (2003) and Best American Essays(2004). In fall 2007 he received the Joseph Henry Jackson Award from the San Francisco Intersection for the Arts for the manuscript of his novel, What We Are, which was subsequently published by Grove Press in 2010. 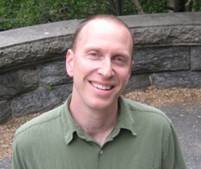 Dan White earned his MFA from Columbia University.   A veteran journalist, his articles and essays have appeared in numerous newspapers, magazines and journals, including the Los Angeles Times, The New York Times, and Backpacker Magazine.  His book titled The Cactus Eaters, which incorporates natural history and biographical sketches of Western explorers, outlaws and pioneers with his 4,250km (2,650-mile) walk from Mexico to Canada will be published by HarperCollins in 2008.