Speaker bio:
Samaira Mehta has been featured on the Today Show & CNBC while gracing the pages of Time Magazine & Vogue. She has won the Youth Entrepreneur Award and her initiative "Yes, One Billion Kids Can Code" is taking Silicon Valley by storm!

Samaira's talk will focus on the power that each of us have, the power to be the next disruptor! She will remind all of us that technology is not the future, people are the future. Each of us have superpowers that can help bring change and create disruptions. A CEO at the age of 7, Samaira will talk about her journey, with successes and failures along the way, all of which are basic ingredients of learning and bringing out the best inside of us. Her talk ends with a very important message. Hear her and be inspired by Samaira Mehta, the 11-year-old Entrepreneur.

Speaker bio:
Sam Heshmati has 17 years of experience in the technology ecosystem, serving clients not only as a banker, but also as an advisor. He leads efforts for FRB’s early stage startup team focused on providing programs to serve the tech community, cultivating and managing relationships with some of the country’s top incubators, micro-VCs and entrepreneurs. Over his career, he has worked with over 1000 early-stage tech companies in addition to several hundred micro-VCs. Prior to joining First Republic in 2012, he spent 10 years as a tech banker at Silicon Valley Bank and Square 1 Bank. He earned a bachelor’s degree from San Jose State University. 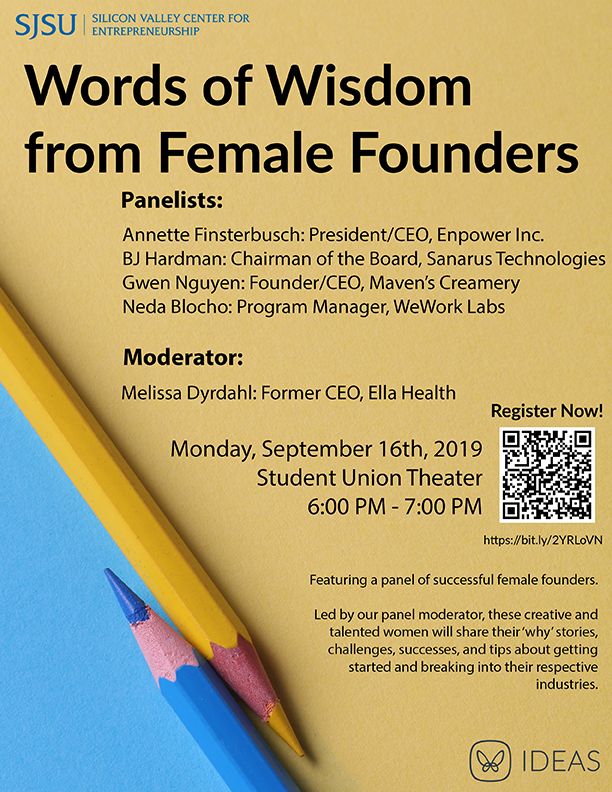 Eric Migicovsky will share his journey from becoming founder and CEO of Pebble Technology, the company behind the Pebble smart watches, to joining Y Combinator as a Partner.

While studying engineering at the University of Waterloo, Canada, Eric began building smartwatches alongside a group of friends. He founded Pebble Technology, which was accepted into the prestigious Y Combinator startup accelerator. In April 2012, Eric and his team launched Pebble on the Kickstarter crowdfunding platform, where it became the most successful crowdfunded project in Kickstarter’s history. In February 2015, they launched two more watches on Kickstarter, which became the fastest funded project in Kickstarter history. In late 2016, Pebble was shut down, and the IP acquired by Fitbit.

Since January 2018, Eric has been a Partner at Y Combinator, "focused on finding, funding, and helping great founders". 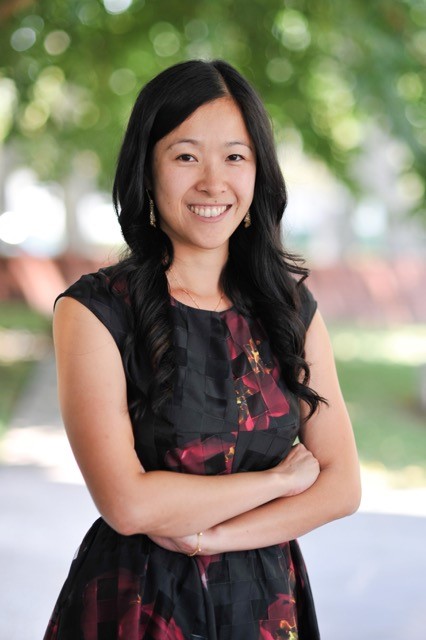 Dr. Angela Tran Kingyens is General Partner at Version One. She is a native Torontonian and newly naturalized US citizen who calls San Francisco home. Investing in the US and Canada, she has a unique perspective on both ecosystems. An engineer by training, Angela’s desire to help others and work with people who are bringing about positive transformational change led her to the world of VC, where she has quickly made a big impact.

Angela focuses on health/bio, AI/ML, social platforms and other startups leveraging network effects. While she loves data, she believes that good investing is both value- and data-driven.

Prior to Version One, Angela co-launched Insight Data Science, a YC-backed startup designed to help PhDs transition from academic research to careers in industry via a six-week training program. With this experience, she is uniquely poised to help startups accelerate data science as a key differentiator. She helps founders hire data scientists and grow their teams, and can be found as a data scientist in residence, working onsite at portfolio companies.

Angela received her PhD in Operations Research & Financial Engineering from the University of Toronto. She also leads the Computer History Museum’s NextGen advisory board and is involved with the Creative Destruction Lab in Vancouver.

Atiq Raza is Chairman & CEO of Virsec, a next generation cybersecurity company, Chairman of the board at Peernova, a company using Blockchain technology for banking applications, and is on the board of ArterisIP, a company in the Network-on-a-Chip IP business.

Atiq is a semiconductor industry veteran, who has held senior management and leadership positions in numerous companies over the past 37 years. He founded Raza Microelectronics, which was acquired by NetLogic. He served as CTO of NetLogic, which was later acquired by Broadcom. Prior to that, he was President & COO of AMD, and served on its Board of Directors. Atiq has been on the boards of several successful startups including Magma and Mellanox (now both public companies), and Siara (acquired by Redback for $4 billion), SiByte (acquired by Broadcom for $2.2 billion), and VxTel (acquired by Intel for $500 million). He served on Stanford University’s School of Engineering Advisory Board for eight years until 2016. He holds a Master's degree in Material Sciences & Engineering from Stanford University, and Bachelor's degrees in Physics & Philosophy from Punjab University, Pakistan and a Bachelor’s degree with honors in Electrical Engineering from University of London, UK.

Nandini Saraiya is a jewelry designer and founder/owner of Reveti Jewelry. She studied at the Shriram College of Commerce, a prestigious college in Delhi University, India, before moving to the USA because of an arranged marriage. Nandini broke the shackles of an arranged marriage to gain a degree in Computer Science from San Jose State University against overwhelming odds. Upon successfully graduating from SJSU, she joined Hewlett Packard. While building her career at HP, Nandini realized that her true passion was jewelry design. Under the guidance of her mother, who had recently retired from a long career in jewelry design at a famous European design store, Nandini began to explore her creative artistry in designing jewelry. She studied the jewelry designs of royal families in India as well as European traditions and the modern fashions of the US. Her designs earned her international acclaim. She went on to start Reveti Jewelry, which has become a trademark of taste and prestige. 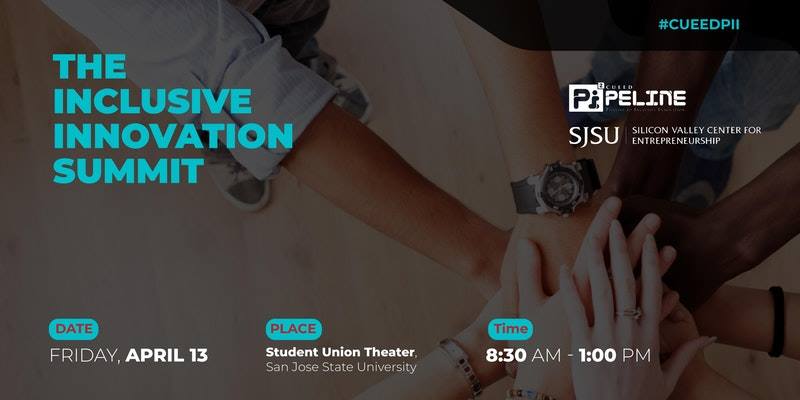 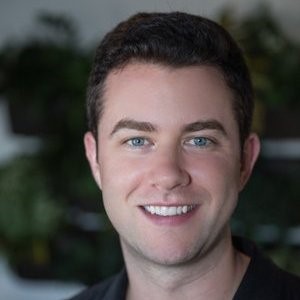 SJSU alumnus, Blaine Vess, is an entrepreneur, investor, and philanthropist. Blaine founded Student Brands as a freshman in college in 1999, when he saw an opportunity to create a way for students  to share study materials online. Student Brands evolved from a dorm room project to a multinational company that serves more than 90 million visitors a month. The company was acquired by Barnes & Noble Education for $58.5 million in August 2017. He co-founded another company called Solve, which was an airport concierge business. Solve was backed by Y-Combinator (YC) and Blaine and his co-founders participated in YC’s Summer 2017 batch. Solve was acquired by Blacklane, a global chauffeur service in October 2017. In addition to being a founder, Blaine invests in late-stage startups and films. He also serves as the chairman of Liberty in North Korea, a nonprofit that helps rescue and resettle North Korean refugees. Blaine graduated from SJSU with a degree in marketing.

Rahim Fazal is a 4-time entrepreneur, and co-founder of SVAcademy, a career accelerator for students looking for business development jobs after college. Prior to that, Rahim was the co-founder of Involver (acquired by Oracle), a social media marketing platform used by more than one million companies and many Fortune 500 brands. Rahim was honored at The White House with an Empact 100 Award by Startup America and The Kauffman Foundation. He's been named one of the Top 30 Entrepreneurs Under 30 in America by Inc Magazine, one of the Top 40 Under 40 by the San Francisco Business Times, and one of the Top 25 Digital Thought-Leaders by iMedia. 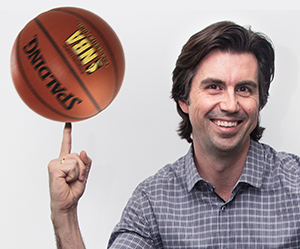 SJSU alumnus, Alfonso de la Nuez, is Founder and CEO of UserZoom. He has over 20 years experience in the Digital Marketing industry, including Ecommerce, Web Design and Development, Web Project Management, User Experience Design, and Usability Testing. He has worked for leading brands such as Dell Computers and Icon Medialab. After 5 years with hands on experience in the Digital Marketing industry, he co-founded a User Experience consultancy (Xperience Consulting) and in parallel, a SaaS business (UserZoom) where he currently serves as CEO. UserZoom was bootstrapped out of Spain 10 years ago, received $34M in funding in 2015, and is targeting $25M in revenue in 2018.

Alfonso was born in Milan, Italy, and grew up in Madrid, Spain. He earned a Bachelors degree in International Business from San Jose State University. 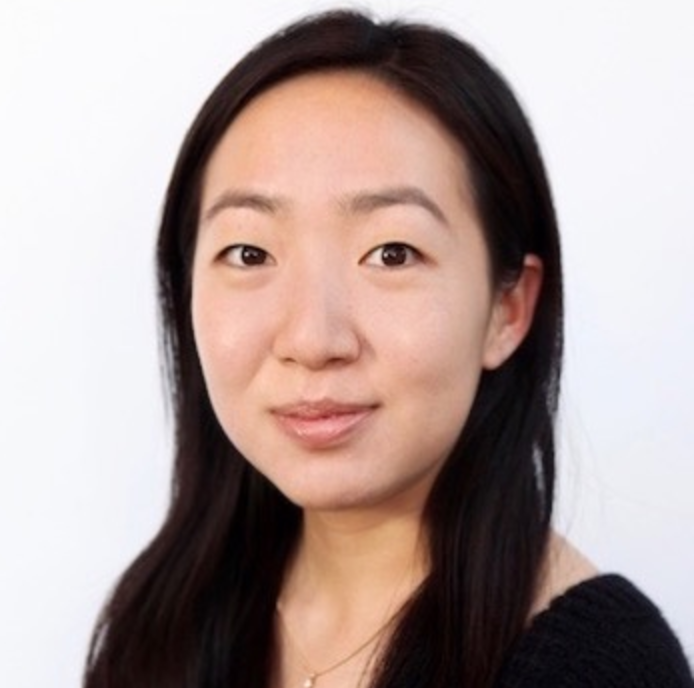 Sue Khim is the Founder and CEO of Brilliant (brilliant.org). Brilliant helps you excel in math and science. On Brilliant, you can master concepts through examples and problems contributed by a community of mathematicians, scientists, and engineers. Over 1 million people use Brilliant every month. In 2012, Sue was named one of Forbes' 30 Under 30 in education. In 2013, she gave a TEDx talk about how Brilliant can change the world.

Ray is best known for conceptualizing and inventing the Wafer Stepper and co-founding Micrel Corporation (acquired by Microchip in 2015). He served as Micrel's Chief Executive Officer, Chairman & President between 1978-2015. Ray holds over 20 patents for semiconductor design. He is a prolific writer of blog posts and journal articles, and author of Tough Things First, published by McGraw Hill Education in 2015.

Ray earned a BS in Industrial Management from Brigham Young University and an MS in Business Administration from San Jose State University. 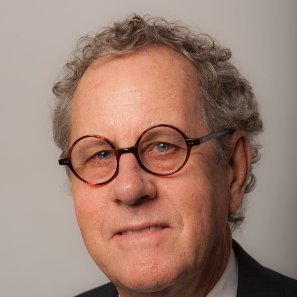 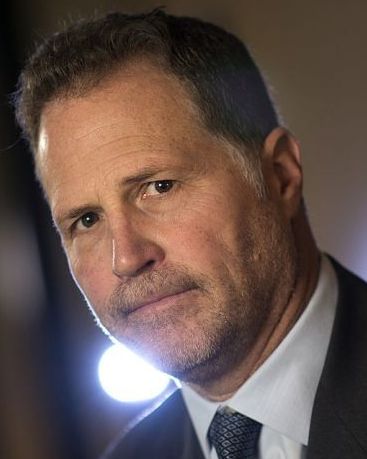 Jay Fulcher, CEO of Zenefits. He has over 20 years of experience in leading both public and private technology companies where he has built dynamic, successful organizations and created new market segments. Previously, Jay served as President & CEO of Ooyala, President & CEO of Agile Software, EVP at Peoplesoft and VP at SAP. Jay has co-founded and launched many early stage start-ups. He is an alumnus of San Jose State University where he is a member of the Global Leadership Council for the Lucas Graduate School and College of Business. 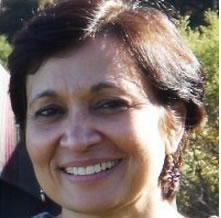 Reshma Nigam, Founder & CEO, Markable Solutions, a digital marketing company. Prior to that, she was co-founder and CEO of aMarketForce, a leader in B2B sales, marketing and lead generation services. Ms. Nigam has worked with RightWorks Corporation, Xporta and nthOrbit, when they were startups. She was also VP of Medical Market Research for Frost and Sullivan. Ms. Nigam is an advisory board member of the Global Leadership Council at Lucas Graduate School of Business, SJSU. She is also the Chairperson of Art Forum at San Francisco, Bay Area. She holds MBA and BA degrees from San Jose State University. 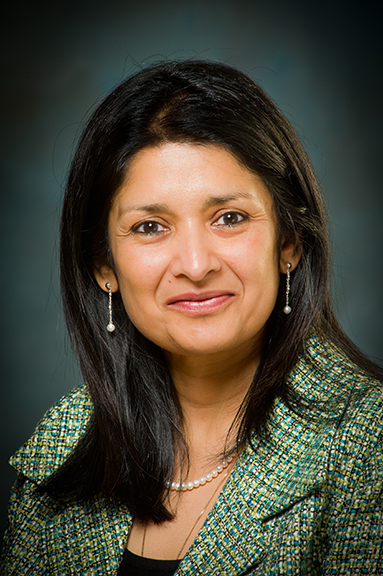 Dr. Anu Basu is Professor of Entrepreneurship in the School of Global Innovation & Leadership, Lucas College & Graduate School of Business, and Director, Silicon Valley Center for Entrepreneurship, at SJSU. Her research interests include entrepreneurship education, immigrant and global entrepreneurship. She received MPhil and PhD degrees in Economics from the University of Cambridge, UK, an MBA from IIM Calcutta, India, and a BA (Honors) degree in Economics from St. Stephen’s College, University of Delhi, India. Before joining academia, Dr. Basu worked on the international management staff of Bank of America in India and the UK.

6:00pm-7:30pm: Panel discussion with Israeli entrepreneurs based in Silicon Valley.

Speaker bio:
Rahim Fazal is a 4-time entrepreneur, and co-founder of SVAcademy, a career accelerator for students looking for business development jobs after college. Prior to that, Rahim was the co-founder of Involver (acquired by Oracle), a social media marketing platform used by more than one million companies and many Fortune 500 brands. Rahim was honored at The White House with an Empact 100 Award by Startup America and The Kauffman Foundation. He's been named one of the Top 30 Entrepreneurs Under 30 in America by Inc Magazine, one of the Top 40 Under 40 by the San Francisco Business Times, and one of the Top 25 Digital Thought-Leaders by iMedia.