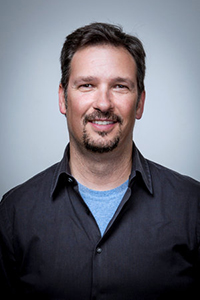 Dr. Craig Clements is a Professor of Meteorology and Director of the WIRC and the Fire Weather Research Laboratory. He leads research on fire weather, extreme fire behavior, fire-atmosphere interactions, and conducting wildland fire field experiments. Dr. Clements has over 20 years of experience in meteorological field observations and teaches courses in Fire Weather, Wildfire Science, Mountain Meteorology, Climate Change, and Meteorological Instrumentation. He received his PhD in Geophysics from the University of Houston, his MS in Meteorology from the University of Utah, and a BS degree in Geography from the University of Nevada, Reno. In 2012, Dr. Clements received the National Science Foundation’s CAREER Award for his research on wildfire dynamics and fire weather. His current research focuses on obtaining meteorological measurements using state-of-the-art Mobile Atmospheric Profiling Systems such as Doppler Lidar and Radar at active wildfires in the western US and his research has been featured in PBS NOVA, Rolling Stone, The New York Times, Time, CNN, and Scientific American. 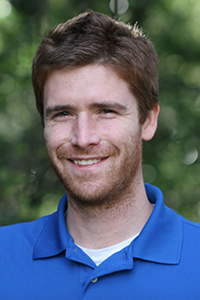 Patrick T. Brown is a climate scientist and an assistant professor in the Department of Meteorology & Climate Science at San Jose State University where he teaches and conducts research on weather and climate and their interactions with society. He holds a Bachelor’s degree from the University of Wisconsin – Madison in Atmospheric and Oceanic Sciences, a Master’s degree from the department he is now a faculty member in (Meteorology & Climate Science at San Jose State University) and a Ph.D. from Duke University in Earth and Ocean Sciences. He has also conducted research at the Carnegie Institution at Stanford University, NASA JPL at Caltech, NASA Langley in Virginia, NASA Goddard in Washington DC, and NOAA’s GFDL at Princeton University. He has published peer-reviewed papers in Nature, PNAS, and Nature Climate Change, as well as many other journals and his research has been highlighted in The Washington Post, Newsweek, The Huffington Post, and The Guardian among other places. 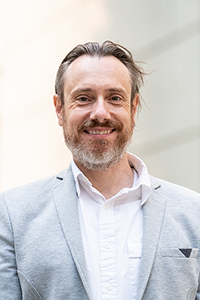 Dr. Adam Kochanski is an assistant professor working at the San José State University as part of the Wildfire Interdisciplinary Research Center. He received his M.Eng in Chemical Engineering and MBA from Technical University of Lodz (Poland) and Ph.D. in Atmospheric Sciences from the University of Nevada, Reno. His main research interests include fire-atmosphere interactions including air quality impacts of wildland fires. He is a modeler with extensive experience in running numerical simulations of fire, smoke, and regional climate on high-performance computing platforms. He is a co-developer of the coupled fire-atmosphere model WRF-SFIRE, the integrated fire and air quality system WRF-SFIRE-CHEM, as well as the fire forecasting system WRFX. He is one the modeling leads for the Fire and Smoke Model Evaluation Experiment (FASMEE), a member of the Rocky Mountain Center for Fire-Weather Intelligence (RMC) steering committee and an author of over 30 scientific publications. 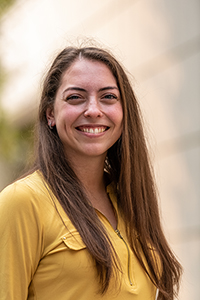 Dr. Amanda Stasiewicz is a Professor of Environmental Studies at San José State University; her research specializes in the human dimensions of wildfire. She received her Ph.D. in Natural Resources and M.S. in Conservation Social Science from the University of Idaho where she explored differential social and political feasibility and acceptability of various wildfire adaptation strategies amongst the diverse human populations living in the wildland urban interface (WUI). Dr. Stasiewicz’s research efforts particularly focus on citizen-agency conflict and cooperation during wildfire preparation/prevention and during wildfire response (e.g., suppression, evacuation). Dr. Stasiewicz’s Ph.D. work was funded by a NSF Hazard-SEES grant where she also collaborated with biophysical scientists to explore user/constituent perspectives of fire-related model outputs. She teaches courses related to natural resource and environmental policy and law. 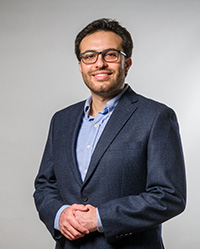 Dr. Ali Tohidi is a fluid dynamicist and a data scientist. His research and development interests are at the nexus of experimental, data-driven, and mathematical modeling of large-scale complex systems, particularly the phenomena revolving around fluid and fire dynamics. He received his M.Sc. from Sharif University of Technology where he showed the effects of wind-induced surface cooling on transport processes in aquatic canopies. He, also, received his Ph.D. in Civil & Environmental Engineering from Clemson University, where he studied wildfire spread via firebrand shower phenomenon. Later, he held a Postdoctoral Scholar position in Fire Protection Engineering Department at the University of Maryland, College Park where he worked on the combustion-induced thermo-mechanical failure of cellular solids as well as dynamics of fire whirls; an extreme fire behavior. His current efforts are focused on developing the new generation of operational wildfire behavior models and characterization of the near-term risk for grid resiliency. 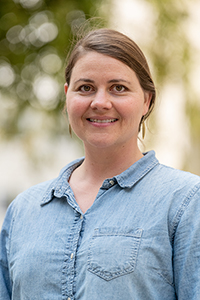 Dr. Kate Wilkin is a new Professor of Fire Ecology in the Biology Department at San José State University and member of the Wildfire Interdisciplinary Research Center. She has nearly 20 years of experience in natural resource management, outreach, and research. Wilkin was recently a Forestry and Fire Science Advisor with the University of California Agricultural and Natural Resources (UC ANR). Prior to UC ANR, she was a postdoctoral scholar and PhD student at University of California at Berkeley, a Biology Masters student at California Polytechnic State University and an Environmental Science and Biology degrees from the College of William and Mary. She focuses on how we can live sustainability in fire prone ecosystems like California and spans fire ecology and management from the wilderness to the wildland urban interface. Recently her research and outreach focused on wildfire recovery of communities and natural lands, prescribed fire on private lands, and wildfire mitigation including fire resistant homes, defensible space, and fuel treatments. Wilkin lead a team to build fire literacy in California by adapting and updating the USFS FireWorks curriculum. Her team used trauma-informed principles to create three Next Generation Science Standards cycles for Northern California middle school students, which will be published this summer. Wilkin and her work have been featured in Science Magazine, NPR’s Science Friday, Outside Magazine, and Sunset Magazine. 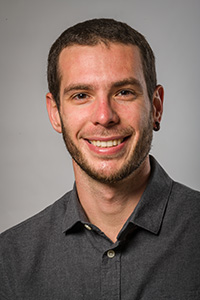 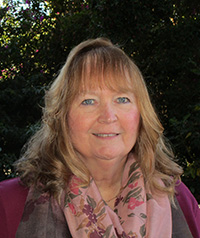 Frannie Edwards, MUP, PhD, CEM is professor and director of the Master of Public Administration program at SJSU, and Deputy Director of the National Transportation Security Center at SJSU’s Mineta Transportation Institute. Her MUP and PhD in Public Administration are from New York University. She is a Certified Emergency Manager with over twenty years’ experience in California, including fourteen years as director of emergency services in the City of San Jose, including eighteen months as acting assistant fire chief. Her most recent journal article is “Routing Strategies for Emergency Management Decision Support Systems During Evacuation,” with Yu and Pande. Her other publications include monographs for the Mineta Transportation Institute and the Transportation Research Board, four books and numerous articles and book chapters. She is a FEMA and CSTI certified instructor for the ICS/SEMS/NIMS course suite. Her awards include the Warburton Award for social science research and Meritorious Service Award from the California State Fire Marshal’s Office. 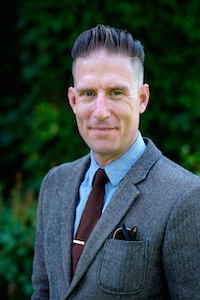 Dr. A.J. Faas is Associate Professor of Anthropology and Graduate Coordinator for the MA Program in Applied Anthropology. He completed a Ph.D. in Applied Anthropology at the University of South Florida and both a BA and MA in Anthropology at Montclair State University. Dr. Faas studies the historical and social production of disaster (with attention to “vulnerability”), the formation and performance of response networks, cooperation and mutual aid in disaster, and state and nongovernmental humanitarian operations for recovery, reconstruction, and resettlement. Since 2009, Dr. Faas has conducted longitudinal ethnographic research with campesino communities around the stratovolcano Tungurahua in the Andean highlands of Ecuador. From 2012 to 2014, Dr. Faas was a Postdoctoral Research Fellow with the Firechasers Project at North Carolina State University where he studied inter-agency cooperation in response to large wildfires in the United States, a topic he continues to study and publish about. His research has been supported by the National Science Foundation, the Natural Hazards Center, and the Public Entity Risk Institute, among others. 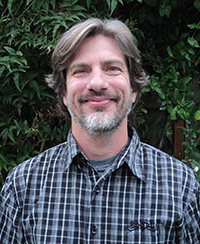 Dr. Will Russell is a Professor of Environmental Studies at San José State University.  He has over two decades of research experience in the fields of fire ecology, forest disturbance, and ecological succession, with a focus on coast redwood and mixed conifer forests. Prior to joining the faculty at SJSU, he worked for two years at the USDA Forest Service Pacific Southwest Research Station, and four years at the USGS Biological Resources Division Western Ecological Research Center.  Dr. Russell received a doctorate degree from the University of California, Berkeley in Environmental Science, Policy, and Management, a Master's degree in Environmental Studies from San José State University, and an undergraduate degree from the University of California Santa Cruz in Plant Biology.  Research funding received from the National Park Service, Save-the-Redwoods League, Mendocino Institute, and USDA Forest Service has led to extensive publications in the field. 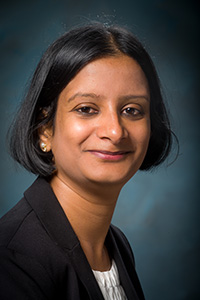 Dr. Indumathi (Indu) Jeyachandran is an Assistant Professor in the Department of Civil and Environmental Engineering at San Jose State University. Dr. Jeyachandran received her PhD in Water Resources Engineering from the University of Utah, preceded by her masters in Remote Sensing & GIS from Anna University, India. She is a Certified Mapping Scientist- Remote Sensing, offered by the American Society of Photogrammetry and Remote Sensing. Owing to her interest in creating a sustainable built environment, she has taken initiative to be credentialed as a LEED Accredited Professional with specialization in Building design and Construction. She was awarded the Green Talents award (in 2010) for outstanding scientists in the field of sustainable development by the Federal Ministry of Education and Research, Germany. Her past research has been focused on quantifying impacts of various urban landscape development patterns on water cycle, sensible and latent heat fluxes, urban air temperature, and energy usage. Her research domain is sustainable urban infrastructure planning using remote sensing, GIS, modeling, and observation techniques. Her current research is focused on analyzing wildfire risk in the State of California using remote sensing data, specifically Landsat 8 OLI and TIRS data.

Dr. Matthew Holian is a Professor of Economics. His research has explored ways to incorporate climate change impacts in decision making through cost-benefit analysis, and of estimating economic and other impacts empirically with econometric methods. He received his Ph.D. in Economics from Ohio State University. His research has been published in academic journals like Ecological Economics and the Journal of the Association of Environmental and Resource Economists. In his free time he enjoys camping in the Sierra Nevada mountains, and he is involved in the governance of private campgrounds, and establishing rules and procedures for minimizing wildfire risk from recreational activities. 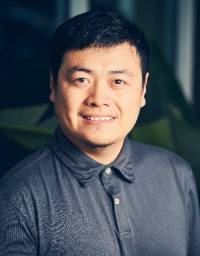 Dr. Bo Yang is an Assistant Professor in the Department of Urban & Regional Planning at San José State University. He has interdisciplinary education background with a B.S. in Applied Mathematics, an M.S. in Computer Science, and Ph.D. in Geography. Dr. Yang's research interests include GIS, Remote Sensing, Spatial Statistics, UAV/Drone Mapping for environmental science, Urban Heat Effect, and Citizen Science. He has published a number of papers in peer-reviewed journals such as Remote Sensing of Environment, International Journal of Geographical Information Science, Nature Communication Earth and Environment. He uses high resolution UAV/drone and GIS to map and analyze the wildfire environment and the impact to air quality, urban landuse, local climate, and environmental resilience. 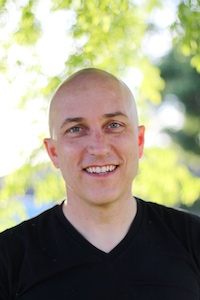 Ben Reed is an Assistant Professor of Computer Science at San José State University. He received a Ph.D. in Computer Science from University of California, Santa Cruz, M.S. in Computer Science from DePaul University, and a B.A in Mathematics from Miami University. He spent over 20 years doing systems research in industry at IBM Almaden Research, Yahoo! Research, and Meta. His work on big data and distributed systems infrastructure includes co-founding open source projects such as  Apache Pig, a language for processing large datasets, and Apache ZooKeeper, a coordination system for building large scale applications.