Dr. Angel Farguell is a post-doctoral research associate working at the San José State University as part of the Wildfire Interdisciplinary Research Center. He holds a B.S. in Mathematics, an M.S. in Modeling for Science and Engineering, and a Ph.D. in Computer Science from the Universitat Autònoma de Barcelona (Spain). His main research interests focus on coupled atmosphere-fire modeling, statistical learning, remote sensing, and GIS. He is a co-developer of the coupled atmosphere-fire model WRF-SFIRE, as well as the fire forecasting system WRFx. He is currently working on projects applying machine learning methods to support fire-atmosphere simulations using satellite data conducted by the WIRC modeling group.

Dr. Pardeep Pall is a Research Scientist working at San José State University as part of the Wildfire Interdisciplinary Research Center. He holds a M.Sci. in Physics from University College London, and a D.Phil. in Atmospheric Physics from the University of Oxford. His main research interests focus on using various climate models to analyze extreme weather events, their climatology, and possible attribution to anthropogenic climate change. His research has focussed on hydrometerological events and currently he is investigating wildfire events and how various indices can best capture these phenomena in varying timescales. 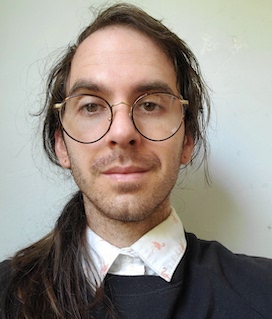 Chase was born and raised in the Sacramento area and graduated in May 2017 from UC Berkeley with a BS in Electrical Engineering and Computer Science (EECS) with a focus in CS and a minor in Practice of Art. Chase has a deep passion for learning and pursue work at the intersection of art and technology, with an emphasis on environmental justice, and spends about half of free time studying and pursuing projects in a wide range of fields including Statistics, Abstract Algebra, Compilers, Art, Literature, and Activism and the other half drawing and making music. Chase is particularily interested in projects having a positive impact on the community and contributes to applied science projects conducted by the WIRC modeling group.