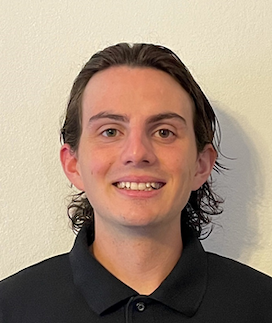 Jeremy Benik is a Graduate Research Assistant at San Jose State University. He received his B.S. in Atmospheric Science with a minor in mathematics and geography from the University of Nevada, Reno. He is also a member of the Wildfire Interdisciplinary Research Center modeling group. In his free time, he loves to go hiking, running, and compete in speedcubing competitions. He is currently an atmospheric scientist for WeatherExtreme Ltd. where he is a forecaster and researcher. His primary interest is in fire weather. 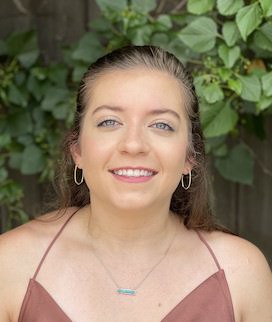 Kathleen Clough is a Graduate Research Assistant working in the Wildfire Interdisciplinary Research Center as a part of the WIRC modeling group under Dr. Adam Kochanski. She received her Bachelor’s degree in Meteorology and minor in Geographic Information Systems from the University of Oklahoma. Kathleen is a Colorado native and an avid rock climber, hiker, and backpacker. Witnessing fire seasons become more severe year after year has driven her passion to pursue research involving wildfire. She is excited to see the impact this research will make on future fire seasons and hopes to dedicate her career post-graduation to implementation of the research she completes at the WIRC as well as further research. 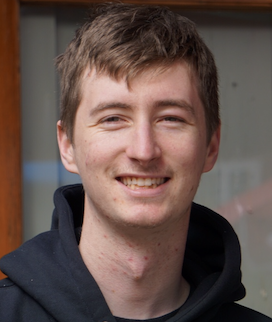 Jack Drucker is a research associate working at San José State University as a member of the Wildfire Interdisciplinary Research Center. He holds a B.S. in Meteorology along with minors in Computer Science and Physics. His main research interests focus on remote sensing, statistical analysis, and field experiments with a particular emphasis on how fuel moisture content affects wildfire growth. His work as a member of the WIRC fire modeling group has contributed to the development of the live fuel moisture database, and opened avenues for implementation of new products utilizing machine learning, for enhancing fire predictions and fire risk assessment. 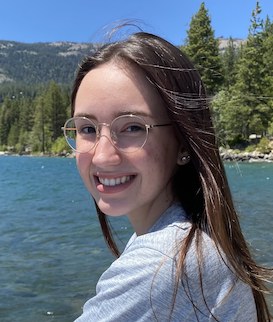 Kate Forrest is a Graduate Research Assistant at San Jose State University. Kate is originally from Northern Virginia and has loved weather ever since she was a child. She received her bachelor’s degree in Meteorology from the Florida Institute of Technology in Melbourne, Florida. Currently, Kate works for the Wildfire Interdisciplinary Research Center as she pursues her master’s degree in Meteorology. Kate’s passion for fire weather was ignited after following California’s 2020 wildfire season and has since taken an interest in fire weather forecasting. She spends her free time by playing softball, hanging out with her friends, and exploring California’s beautiful scenery. 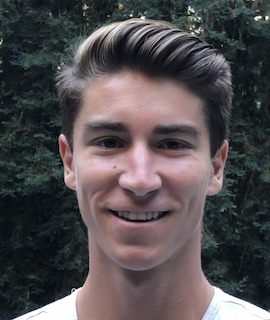 Holt Hanley is a Graduate Research Assistant
He received his Bachelor's degree in Environmental Earth Science from California Polytechnic State University. He is an avid surfer/hiker, and is pursuing a career in broadcast meteorology. He is currently the weatherman for KSBW in Salinas, CA. He is a part of the WIRC climate team led by Dr. Patrick Brown working on the impacts of climate varioability on wildfire activity. 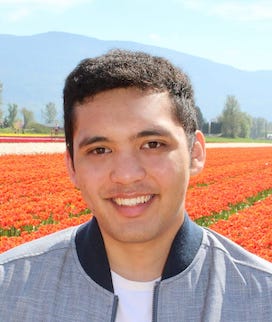 Justin Haw is a Graduate Research Assistant under the Wildfire Interdisciplinary Research Center (WIRC) at San Jose State University, where he is studying instrumentation and fire weather. He received his B.Sc. in Atmospheric Science from the University of British Columbia in Vancouver, Canada. In his spare time, he enjoys music (playing piano, clarinet, and singing), hiking, photography, and exploring the great outdoors. 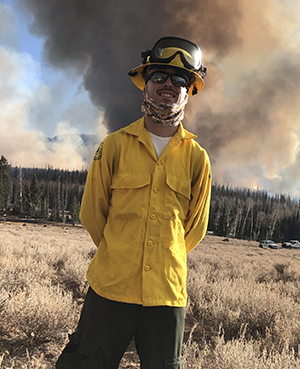 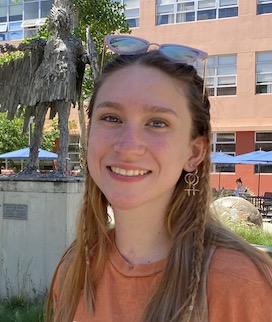 Kiera Malarkey is a graduate student working with the Wildfire Interdisciplinary Research Center. They hold a bachelor's degree from the State University of New York (SUNY), College at Oneonta in Meteorology. In their free time, Kiera loves to go on adventures in the Silicon Valley area and nerd out on current weather phenomena.