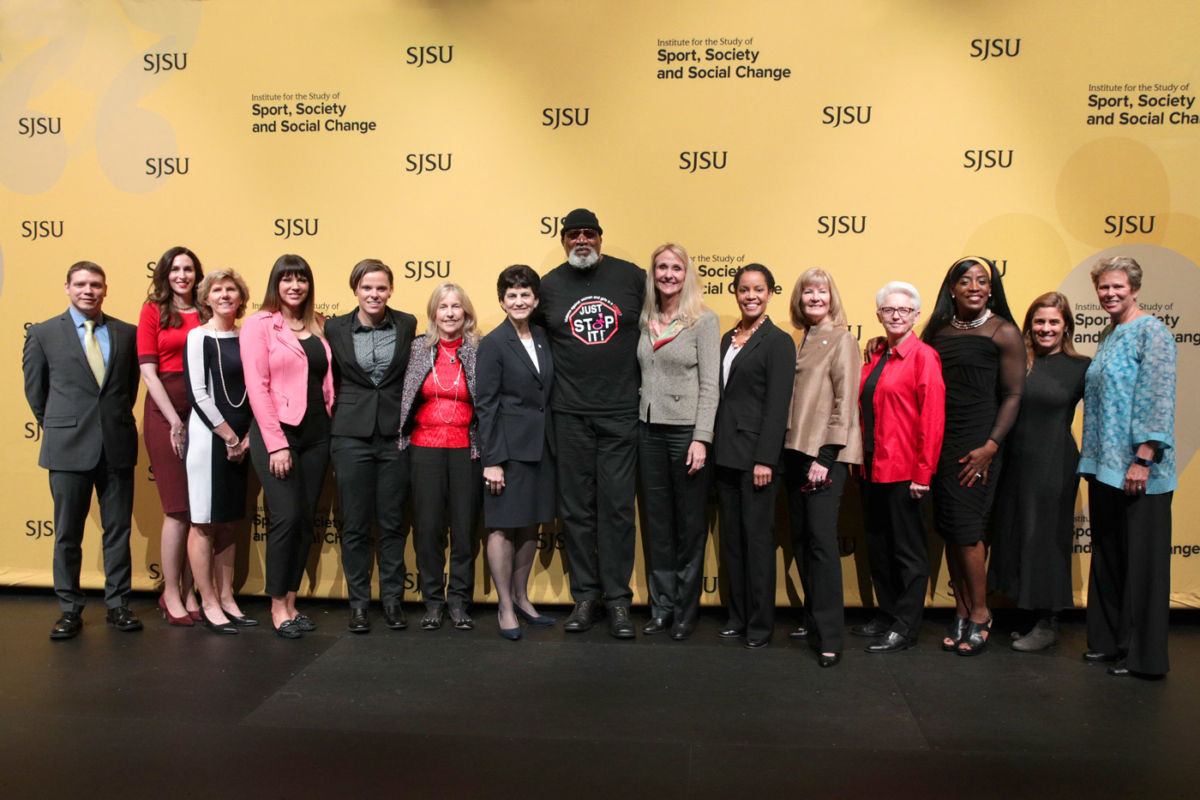 “Women historically have proven their physical and mental strength. That is undeniable,” Edwards said. “It is time [for change] because women and girls’ lives matter.”

Marshall University Professor Kat Williams moderated the first panel, “Taking the Field—Trailblazers in Sport,” telling the panelists that “[women] need to understand that they have shoulders to stand on. One way to do that is for you to continue telling their stories.”

“Title IX is not a women’s sports law,” said Meyers Drysdale. “It has become the mantra for women in sports because the bottom line is opportunity.”

Olympic medalist swimmer, attorney and CEO of Champion Women Nancy Hogshead-Makar gave an informative keynote address on protecting and empowering athletes through the law, including Title IX. Following Hogshead-Makar’s keynote, she invited to the stage Brenda Tracy, founder of Set the Expectation, for a moving and deeply personal conversation in which both women were frank about the impact of their experiences as survivors of sexual violence.

Through her Set the Expectation campaign, Tracy, who went public with her own story of sexual assault in 2014, works with coaches and educators to encourage proactive dialogue about sexual violence.

“We need to talk to men in positive terms and tell them men are the solution,” Tracy said. “If women could stop sexual violence, it would be done already.”

“This is such a powerful event,” said Brennan. “It’s important for our guys to hear the discussion. Treating people with respect is one of our team’s core values.” 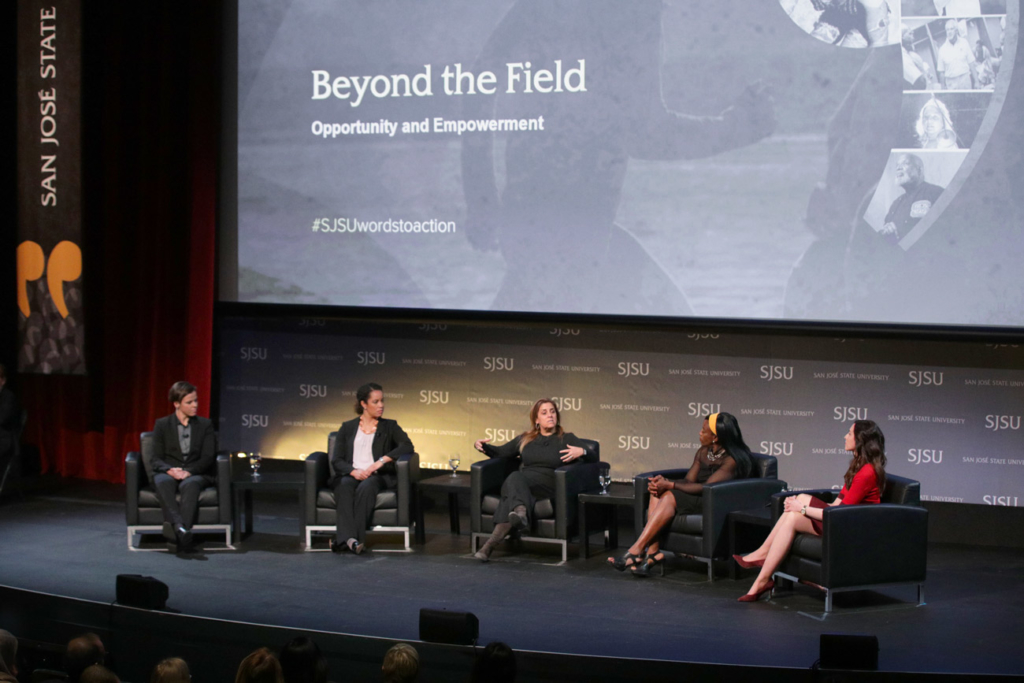 The panelists discussed how women have moved from athletics to leadership positions in sport, sharing personal experiences and advice for current and future athletes and leaders.

“Our good stories and bad stories empower young girls,” said Bolton. “We need to remind these girls: you can turn your pain into power.”

There’s great power in student-athletes. They can come together and move mountains.

Stacey Johnson, who recently joined the ISSSSC advisory board, captured the heart of the event and a core goal of the institute: “There’s great power in student-athletes. They can come together and move mountains.”