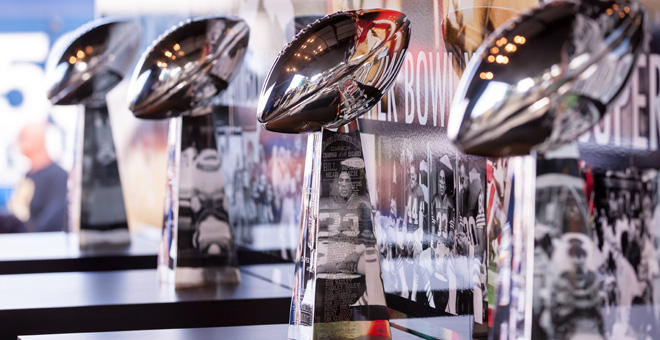 Super Bowl 50 is coming to Silicon Valley! San Jose State is gearing up for the most high tech of all games with two SportsTech symposia that explore how technology is revolutionizing the way the game of football is played and watched.

Given San Jose State's location in the heart of Silicon Valley and the university's unique place in Super Bowl history, there's no better place to get ready for the Super Bowl's golden anniversary.

SportsTech Symposium: The Super Bowl through the eyes of the media and marketers

Join us just ten days before Super Bowl 50 for a compelling conversation about the influence of technology on sports. You'll meet top technology, media, and marketing experts, and get a glimpse "inside the game."

SportsTech Symposium: How technology is changing the game of football

The first of two symposia will feature speakers from the Super Bowl 50 Host Committee and the National Football League, as well as technology experts who are innovating the way the game of football is played and watched.