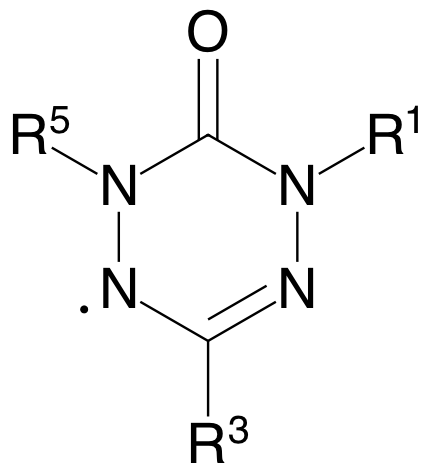 Verdazyl radicals have the general structure shown above. The substituents (R1, R3, R5) can be varied for differing applications, but the syntheses are not always straightforward. We are actively developing new routes to verdazyl radicals to allow greater variation in the three substituents. Some of our synthetic results were reported in 2005 (Paré at al) and 2010 (Richardson et al.). Solutions of different substituted verdazyls are shown below.

In synthesizing new verdazyl radicals we are looking to see the effect of varying the substituents, and to link verdazyls together in order to investig ate the radical-radical interaction. Recently we have examined the effect of verdazyl substituents on the properties of phenols (Chemistruck et al, 2009) and looked at the interaction between radicals linked by a methylene (CH2) group (Brook et al, 2006) The effect of the radical-radical interaction is seen in the color of this material - the diradical (seen in solution below right) is orange, whereas the corresponding monoradical is yellow. 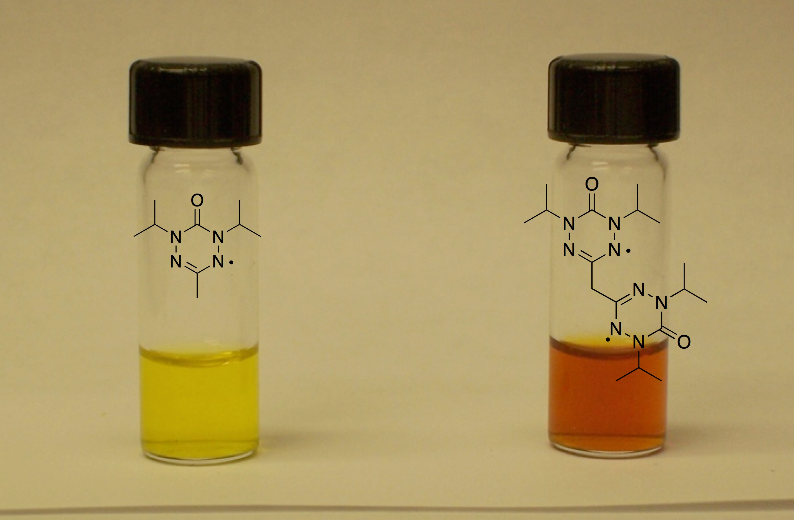