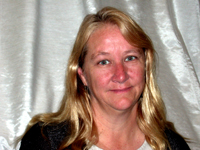 Dr. Macrae, PhD, OTR/L, BCMH, FAOTA, was a member of the SJSU faculty for over 30 years. She was the director of the post-professional master’s program and supervisor of the psychosocial occupational therapy clinic for more than 20 years. Anne was a gifted and well-respected instructor and a mentor to many who went on to work in the area of mental health. In 1997, she received the prestigious Fulbright Scholarship and as a Fulbright Fellow she taught and provided curriculum consultation at the University of Malta. Anne developed a deep love for Malta and would return there many times over the years to work with the occupational therapists at the University and through the Malta Mental Health Service.

Dr. Macrae has many publications to her credit and co-edited 4 editions of the internationally recognized textbook, Psychosocial Occupational Therapy: An Evolving Practice. She was in the process of completing the 5th edition at the time of her passing.

Dr. Macrae received many recognitions and honors during her long career as an occupational therapist and scholar. Most recently she received the Lifetime Achievement Award from the Occupational Therapy Association of California for her service and dedication to the profession.

Dr. MacRae received her PhD in Human Science at Saybrook Graduate School, her Master's degree in Occupational Therapy from San Jose State University, and Bachelor of Arts degree in Education from Antioch College. Her primary clinical experience was in the area of mental health and she held the advanced practice board certification in mental health from AOTA. Dr. MacRae was also the recipient of multiple Fulbright Fellowships and had an extensive background in cross-cultural and international consultation. She was a full professor in the Occupational Therapy program at SJSU and a consultant/practitioner for a Northern California behavioral health service. Past positions included coordinator of the SJSU post-professional (distance) program and international advisor.

Dr. Anne Macrae passed away peacefully on May 23, 2021. She was in her home, surrounded by her family who held her close with their love. Anne will be deeply missed by the many people whose lives she has touched.

Give to the Occupational Therapy Fund