Headquartered at Moss Landing, California, SJSU’s Moss Landing Marine Labs is situated in an excellent location for the study of the marine world.

The Monterey Submarine Canyon, the largest such feature on the west coast of North America, begins within a few hundred meters of the Moss Landing harbor and the MLML research fleet. To the east is the Elkhorn Slough, the largest tract of tidal salt marsh in California, and to the north and south are sand dunes, sandy beaches, and kelp forest habitats along the rocky shoreline. 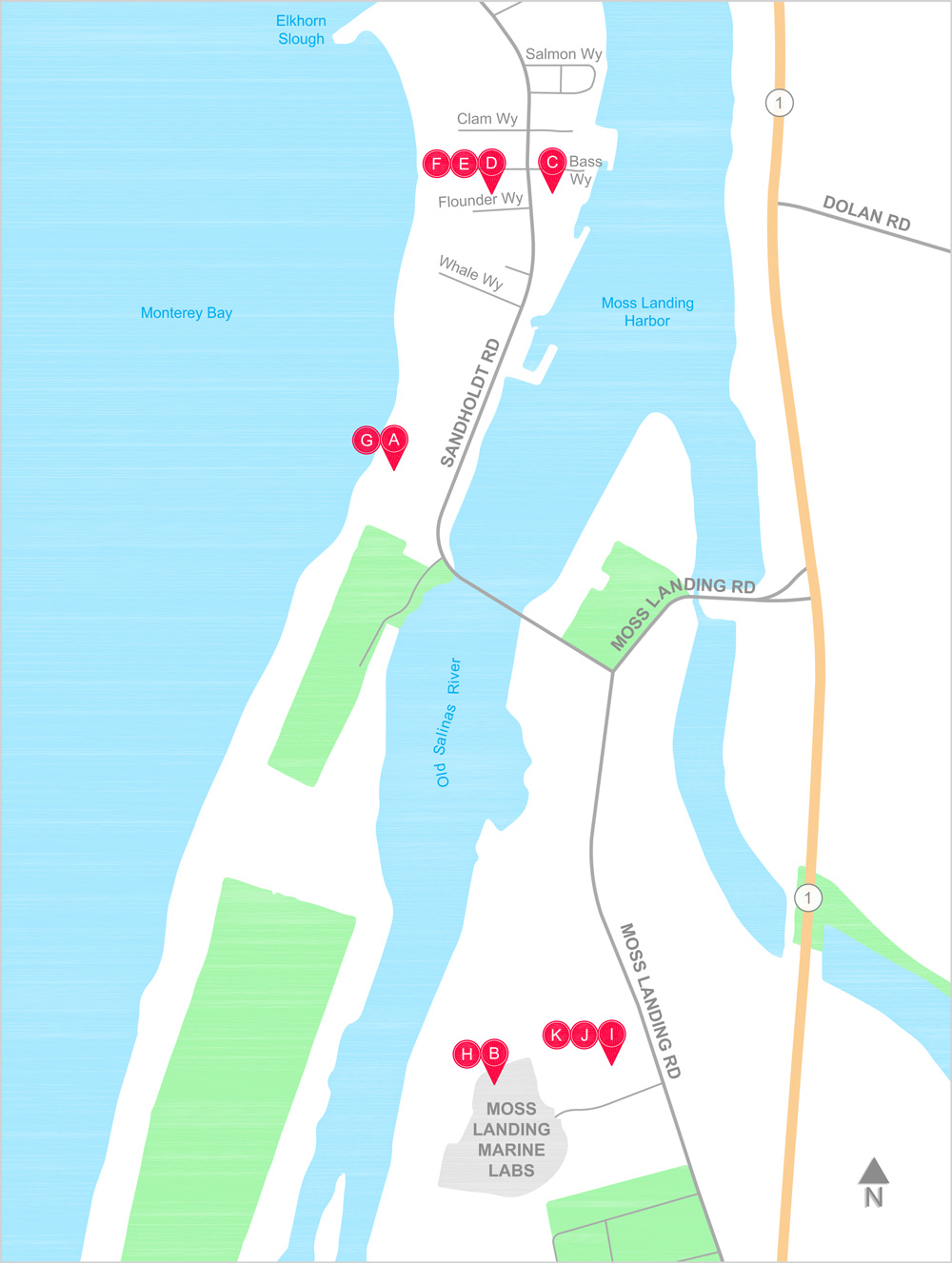