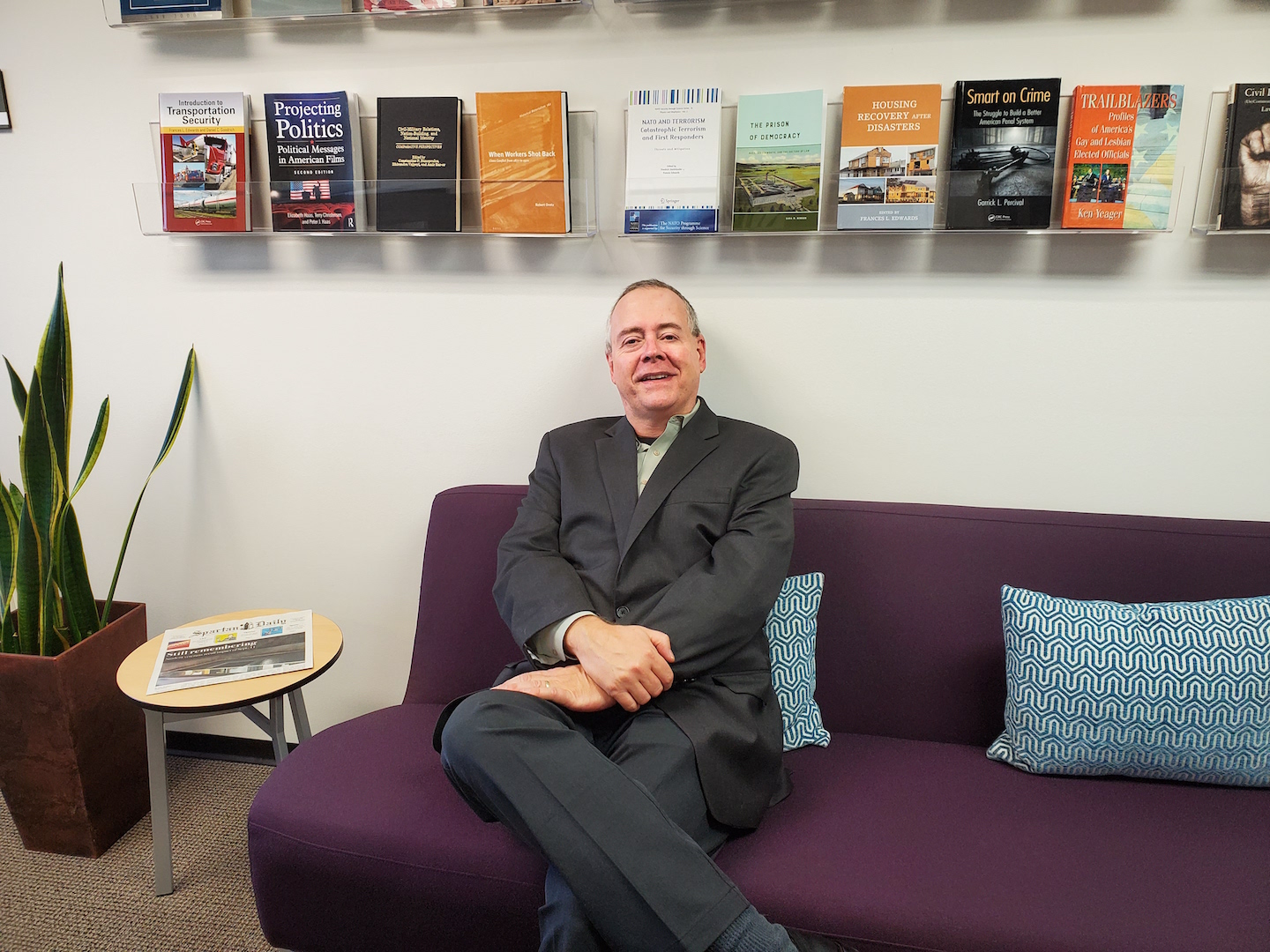 BACKGROUND:
Dr. James Brent joined the faculty in 1994. James is a native of Southern California who received his Bachelor of Arts in Political Science and Bachelor of Fine Arts in Advertising from Southern Methodist University in 1988. Dr. Brent received his Ph.D. in Political Science from Ohio State University in 1995. He has published articles on judicial politics in journals such as American Politics Quarterly, Justice System Journal, American Politics Review, and the Southeastern Political Review, as well as editing a reader in American government and co-authoring a chapter in The Internet Upheaval by M.I.T. Press. He served as chair of the SJSU Academic Senate from 2001 to 2003. He was department chair from July 2006 to June 2012. His heroes include former Supreme Court Justices William Brennan and Thurgood Marshall.