Produced as part of a month-long residency at San José State University, the creation of new work presented in Bones, Tones, and Phones will engage geologists, ceramicists, sound artists, printmakers and the SJSU marching band in a series of explorations and actions focused on soil. 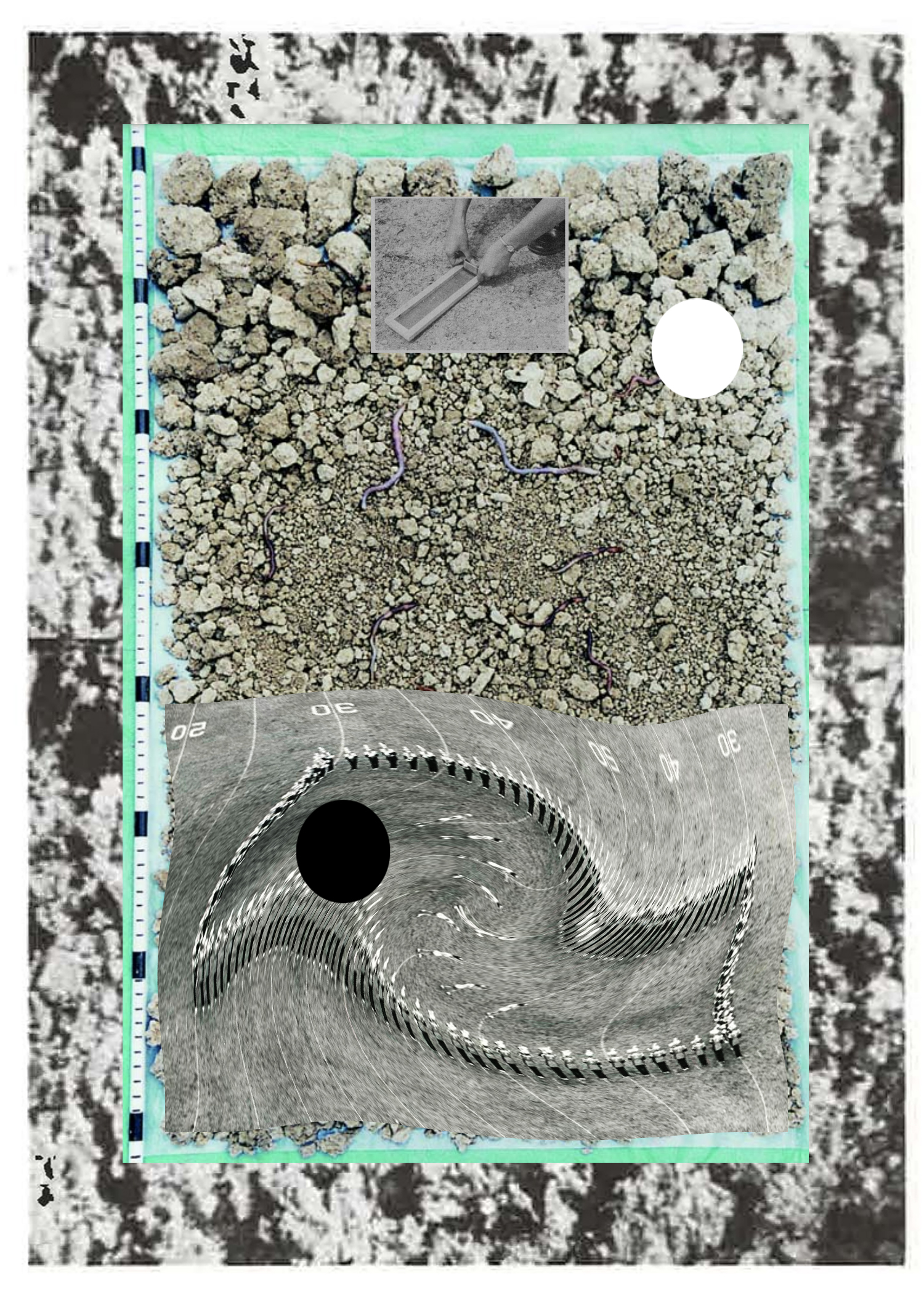 Founded in 1995 in San Francisco, Futurefarmers consists of artists, designers, architects, anthropologists, writers and farmers with a common interest in creating frameworks for exchange that catalyze moments of "not knowing". Their work engages large spans of time, geography and a superposition of narratives that sometimes contradict. It is within this tension of contradictions where the work is manifest.

Bones, Tones, and Phones begins with two soils: Corcoran clay from the San Joaquin Valley, which bears evidence of both the agricultural history of the Central Valley and the current reality of drought across the state, and a JSC-1A Lunar Soil Simulant, a volcanic ash whose chemical composition closely resembles lunar soil, which proposes the possibility of life beyond earth. From there, the artists will open multiple pathways of interrogation. First, they will work with geologist Jane Willenbring at Stanford University to analyze the soil using X-ray Fluorescence Spectrometry (XRF). Through this process, they will mine the soil for data which will then  be translated through the work of sound artist Yasi Perera into an original score for the students of the SJSU marching band. The performance of Perera’s work by an ensemble of 40 band members, including Trombones, Baratones and Saxaphones, under the direction of Craig McKenzie will take place outdoors on February 9th, 2022. The band will perform on top of a large canvas spread with 3000 pounds of Corcoran Clay. Marching barefoot, the band will wedge the clay beneath their feet, preparing the soil for new formations. According to Futurefarmers: “the scoring asks us to step out of place and reassemble in new formations. To rethink the militant origins of marching bands, industrial agriculture, biotechnology and the space race. We ask ourselves, who should be marching?  Whose attention do we call? And at what scales does this march proceed?”

The clay, thus prepared, will become the material for a ceramics workshop with Futurefarmers, Adam Shiverdecker, Associate Professor of Spatial Art at San José State University, sculptor John Roloff, and students in ceramics to create a series of hollow, unfired “sounding vessels” - to be displayed in the Thompson Gallery. These new instruments will be “played” by computer generated tappers created with sound artist Chris Cooper. The data triggering the tapping motion will be drawn from the JSC-1A-Lunar Soil Simulant. As the vessels are tapped, they will slowly crack and disintegrate into a fine silt - to blow away or be reformed.

Concurrently, students under the direction of Shaun O’Dell, Assistant Professor and Program Coordinator in Pictorial Art and Irene Carvajal, Lecturer in Pictorial Art, will work with Futurefarmers to produce the artwork for a limited-edition vinyl recording of their performance with the SJSU marching band. This record, along with video of the marching action will be presented as part of the current exhibition.

Through their actions and interactions during their artist residency, students and faculty at SJSU will be able to witness and participate as Futurefarmers explore not only their interest in soil, but capacity to “farm” knowledge and creativity, to look broadly at the disciplines and initiatives of our University and to create new connections, all the while focusing keenly on the questions that are both global in nature and of particular concern to our state. As they work with, analyze, sonify and form Corcoran clay, they explore the history of California’s agricultural landscape and the effects of drought on our state’s natural resources and its people. Climate change and environmental threats are never far from this work, nor is the understanding that human relationships and collaboration can lead to a common ground for imagining and building a better future.

This exhibition is presented as part of the Thompson Gallery’s multiyear California Ecologies Initiative, a curatorial program that focuses on issues that matter to California residents, including climate change, social and racial justice, immigration, and technological innovation. It is a collaborative and multidisciplinary exploration of California’s past, present, and future. Bringing artists together with scholars working on ecology, engineering, fire weather research, social justice, sustainability and urban redevelopment, this initiative works to to advance art and scholarship that approaches California as a complex problem and to bring a diverse group of artists, writers, researchers and professionals together in dialogue about the future of our state.

This exhibition is co-sponsored by the Natalie and James Thompson Gallery and the College of Humanities & the Arts Artistic Excellence Programming Grant. Generous support has been provided by the Auvil Scholarship Fund.

About the Spartan Marching Band

"The Pride of the Spartans"

The Spartan Marching Band, under the direction of Craig McKenzie, takes the field in Spartan Stadium each fall semester, creating an electrifying atmosphere for the thousands of fans engaged by our thrilling performances.  Our unique combination of brass, woodwind and percussion creates a driving sound that is one of a kind. With the addition of the dazzling Color Guard, and the fabulous Spectrum Dancers, the band also has a visual style uniquely its own.

The members of the Spartan Marching Band are students from every field of study on campus, from first year undergraduate through graduate students, including several “open university” members. They rehearse eight hours per week, preparing new music and maneuvers, and receive up to two units of academic credit. At each home game, the Spartan Marching Band performs a completely new halftime show, plus a pre-game show and a post-game concert. A source of Spartan Stadium spirit, the band reflects all the color and fanfare of major university sports pageantry.

The Pictorial department has begun implementing new initiatives to grow the program’s network, reputation, and recruitment efforts regionally and nationally. One such initiative is the revival of SJSU's historic printing press, formerly called Washington Square Editions, that for years created unique and collectible artist print editions with artists like Lynda Benglis, Robert Brady, Jun Kaneko, and Roy DeForest. Recently, the press has been reactivated and produced two works, one a poetry book in collaboration with Reed magazine and another a collaborative student artist book of images and poetry led by printmaking lecturer Irene Carvajal.

There are several new projects in the beginning phases. One project with Amy Franceschini and Futurefarmers will be produced during their residency and exhibition in Spring 2022. Students and Pictorial faculty will be working with Futurefarmers to produce the artwork and production of a limited-edition vinyl recording documenting their performance with the SJSU marching band. The second project in early stages will be produced with Creative Capital grant awardee Kamau Patton during his residency in 2023.

These projects will bring students in direct contact and collaboration with visiting artists giving them access to internationally recognized practitioners as well as hands on professional printmaking experience. The vision for Washington Square Editions is to produce works that circulate widely through fine art print networks to bring the exciting and dynamic projects happening in the SJSU Art Department to the world.