The Natalie and James Thompson Art Gallery is pleased to present the work of Iraqi American artist Wafaa Bilal in a solo virtual exhibition that will open on April 6, 2021 on display through April 1, 2022.

A satellite launch, historical archive, and an expanded conversation on the after effects of dictatorship come together in Canto III, a groundbreaking new project by internationally renowned artist Wafaa Bilal. The work is an anti-monument that parodies a 1990’s proposal by Saddam Hussein’s followers in the Ba’ath Party to launch a golden bust of the despot into orbit. Thirty years later, the cubesat designed by Bilal, will be launched into lower orbit and will periodically transmit images of the miniaturized monument against the dramatic backdrop of space to the gallery via a selfie cam. This self-documenting monument is both a critique of the self-reflective nature of monument creation and a commentary on the ways that digital technology has transformed viewers’ collective relationship with not only space, but reality itself.

Significantly, unlike the original monument intended during Hussein’s reign, Wafaa Bilal’s project will collect oral histories, narratives, and a wide range of cultural products, from poetry to recipes in digital format from Iraqis and Iraqi-Americans. These recorded narratives will be transmitted during the cubesat’s orbit and archived as part of an online exhibition for the project. Bilal’s hope is that the active involvement of the Iraqi people will “help emancipate them from the trauma they experienced living under Saddam's regime but at the same time, point out how cultural artifacts are the bonds that bring us together.” Through these recorded accounts, the project centers the resilience of the Iraqi people and immortalizes their lived experiences. 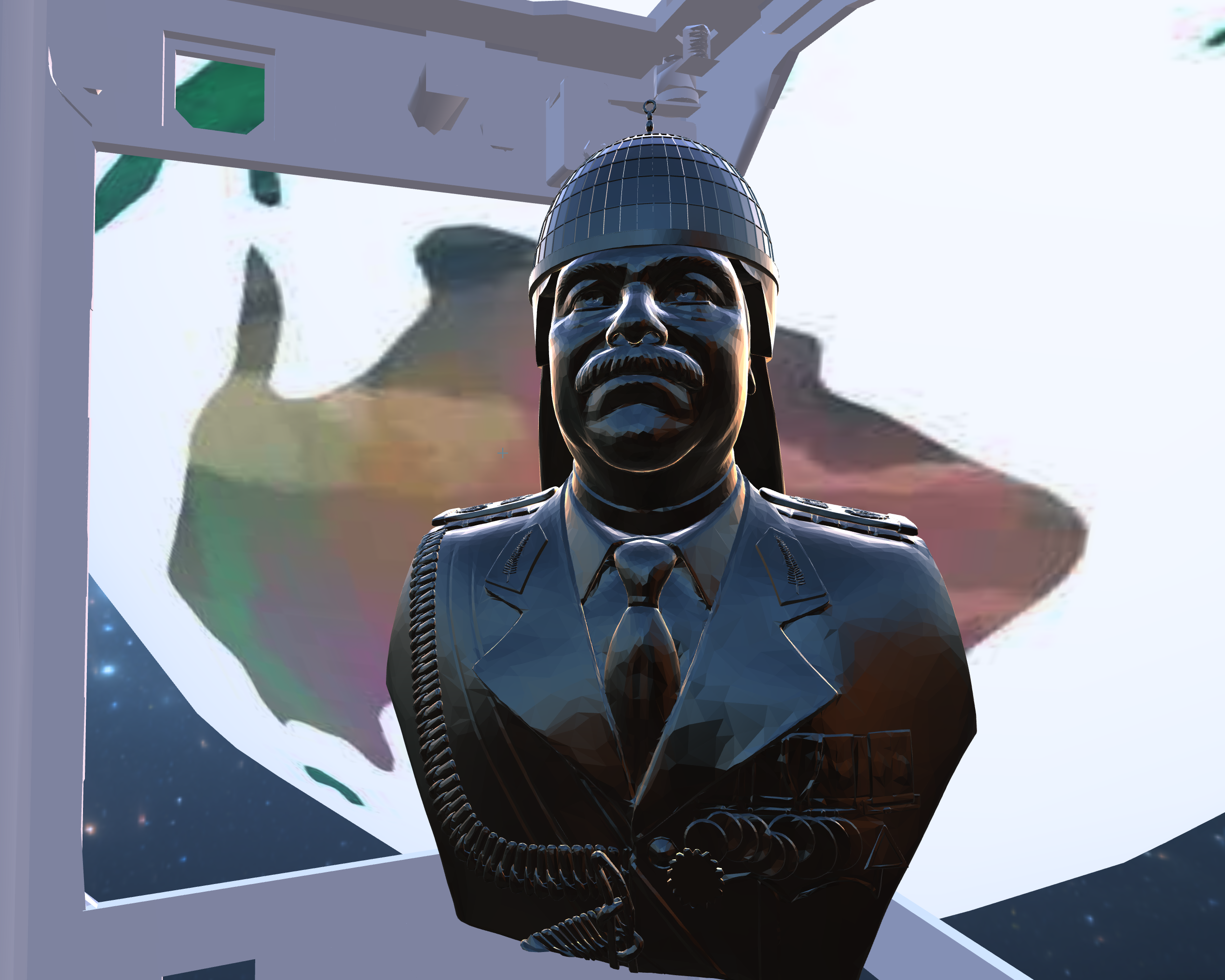 In Canto III Bilal considers elements of historical and collective memory while addressing the realities of his life as an artist under an authoritarian regime and the ongoing effects of war and trauma. Canto III is a parody of monumentality that considers both the hubris and absurdity of the notion that a leader can and should be remembered forever, and the idea that the toppling of a monument can erase past trauma and create a new era. Bilal’s centering  the voices of the Iraqi people within his anti-monument to Hussein is both cathartic and celebratory. At the same time Canto III, in its monumental ascent and eventual reduction to space junk, echoes contemporary conversations regarding the lifecycle of public sculpture, all the while evoking the aftereffects of trauma and the repercussions of authoritarian regimes. 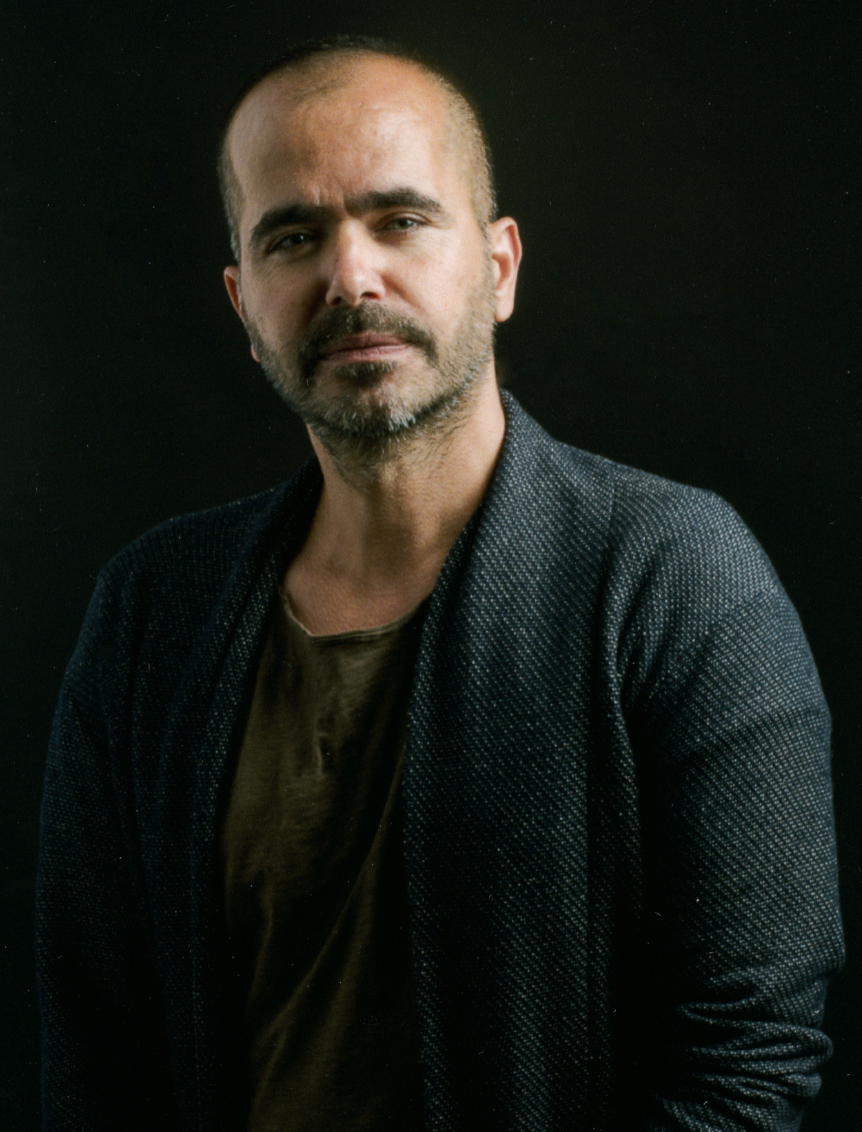 Wafaa Bilal is known internationally for his on-line performative and interactive works provoking dialogue about international and interpersonal politics. Bilal’s work explores tensions between the cultural spaces he occupies —his home in the comfort zone of the U.S. and his consciousness in the conflict zone in Iraq. For his 2007 installation, Domestic Tension, Bilal spent a month in FlatFile Galleries where people could shoot him via a remote-access paintball gun. The Chicago Tribune called it “one of the sharpest works of political art to be seen in a long time”—naming him 2008 Artist of the Year. In recent works, such as 168:01  Bilal brings awareness to cultural destruction and promotes the collective healing process through education and audience participation. His work can be found in the permanent collections of the Los Angeles County Museum of Art, Los Angeles, CA; Museum of Contemporary Photography, Chicago, IL; MATHAF: Arab Museum of Modern Art, Doha, Qatar; amongst others. He holds a BFA from the University of New Mexico, an MFA from the School of the Art Institute of Chicago and was conferred an honorary PhD from DePauw University. Bilal is currently an Arts Professor at NYU’s Tisch School of the Arts.

Produced as part of Wafaa Bilal’s virtual artist residency at the Natalie and James Thompson Gallery at San Jose State University, this exhibition presents project documentation, prototypes, and designs for a 2U cube satellite constructed in partnership with the Digital Media Arts Program at SJSU, which will be launched into orbit in 2022. Using a combination of off the shelf components as well as custom built imaging technology, we hope to ensure mission success while pushing the boundaries of what is possible with space based imaging technology.

In conjunction with the opening of this virtual exhibition, Wafaa Bilal will participate in a panel discussion with Andrew Blanton, Associate Professor of Digital Media Art, San Jose State University, Nada Shabout, Regent Professor of Art History and coordinator of the Contemporary Arab and Muslim Cultural Studies Initiative at the University of North Texas, Denton and Alena Sauzade, Director of Galleries and Collections, San Jose State University on April 6, 2021, 5:00pm - 6:30pm via a live Zoom webinar. The exhibition and associated panel discussion are free and open to the public.

This exhibition is sponsored by the Natalie and James Thompson Gallery and supported by an Artistic Excellence Programming Grant from the College of Humanities and the Arts at San Jose State University.