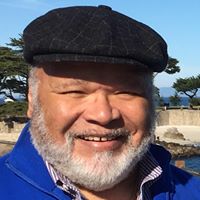 Professor Bob Rucker retired at the end of 2020 after 30 years of distinguished teaching and community service for the internationally recognized School of Journalism and Mass Communications at San José State University. His parting gift to the school was to secure a live Zoom interview with NIAID Director, Dr. Anthony Fauci for the presentation of the William Randolph Hearst Foundation National Award for “outstanding crisis communications during the Covid 19 pandemic.” Prof. Rucker also led campus efforts to honor Fauci for speaking out about the devastating impact Covid 19 is having in diverse cultural communities nationwide. The African American Chicago native, and former medical correspondent, spearheaded the development, and helped raise the $50,000 endowment for the creation of a new, Silicon Valley supported JMC School scholarship, and joint health science and mass communications curriculum at SJSU to be named after Dr. Anthony Fauci. Given the global impact of the Covid 19 pandemic, this timely initiative will encourage top students of color, with hopes and dreams in the future, to walk in the trailblazing footsteps of Dr. Fauci.

For three decades, Professor Rucker became known for his innovative use of new technologies to start public dialogues about sensitive, but important issues in our society. Before retiring, he created a global learning opportunity YouTube Channel designed to demonstrate continuing the exchange of viewpoints, plus media career and life experiences. When the world was stunned by the brutal death of George Floyd in 2020, Rucker drew on his 25 years of experience teaching college students how to invite “listening to learn” interactions about race, gender, sexual orientation, religious cultures and disability experiences. He is now a private consultant and facilitator for creating ‘safe space environments’ on Zoom where communities and the police feel comfortable talking candidly about timely concerns, then brainstorming solutions together.

During his academic career, Rucker served as director of the SJSU Journalism School, and hosted “Equal Time,” a Bay Area community affairs program for PBS television stations, and taught students by example how to develop their listening, reporting and interviewing skills on-air. He was hired in 1990 at SJSU after teaching for seven years at the University of Illinois, Urbana- Champaign where he also hosted a statewide public affairs program called “Illinois Press.”

As part of a seven year, award-winning professional broadcast television news career, Bob Rucker was the CNN National Correspondent based in San Francisco, a medical reporter for Group W Westinghouse in Philadelphia, PA., and a national news TV producer and reporter for Newsweek Broadcasting in New York City. During his on-air television career, Rucker was a weekend news anchor for KYW-TV in the Delaware Valley, and covered the 1979 Three Mile Island Nuclear Accident. That same year, this devout Catholic was privileged to meet and interview Pope Saint John Paul II on live television during his first papal visit to the United States. Rucker started his TV news career as a general assignment reporter and weekend news anchor for WHO-TV in Des Moines, IA.

He welcomes keeping in touch with colleagues and former students living and working all around the world.

Photos from the Career of Professor Bob Rucker