Scaling a Business as a Latinx Founder

Josh Sanchez is the Co-Founder and CEO of FloatMe, a rapidly growing fintech platform working to help millions of Americans better their finances. Under his leadership, FloatMe has raised over $50M in financing, grown to over 70 employees distributed globally, and helped millions of Americans save over $150M in overdraft fees alone.

Prior to FloatMe, Josh helped to scale the nation’s first registered digital marketing apprenticeship program where he headed employer partnerships. Josh is a native of the Rio Grande Valley and graduated with a Business Management degree from the University of the Incarnate Word in San Antonio. Most notably, Josh is a profound member of the Texas startup community by both investing in and mentoring other entrepreneurs.

Alfonso de la Nuez is Co-Founder, former CEO, and now Chief Visionary Officer & Board Member, UserZoom, the Experience Insights Management (XIM) company that helps businesses gather and manage the insights they need to design and deliver exceptional digital experiences. Under his leadership, UserZoom has grown from a bootstrapped firm into a high-growth, global organization with Fortune 100 customers across the retail, e-commerce, healthcare, financial services, technology, and insurance industries. UserZoom has raised $150m and is backed by Silicon Valley investors Sunstone Capital and Owl Rock. In March 2022, it closed a strategic growth investment from Thoma Bravo, a leading software investment firm. The investment, which values UserZoom at $800 million, is expected to be used to accelerate innovation and growth for UserZoom's proprietary platforms.

Before founding UserZoom in 2007, Alfonso worked for companies including Dell Technologies, Icon Medialab (now DigitasLBi), and Proxicom’s venture in Spain (now Indra). Alfonso is an advisor to startups and a featured speaker at industry conferences, at Product School, where he helps inspire the next generation of UX professionals and Product Managers to create innovative products and apply best practices in their work. He’s authored a book called ‘The Digital Experience Company: Winning in the Digital Economy with Great Design’ (published in December 2021, and he's been granted three technology patents by the USPTO. Alfonso holds a BA in International Business from San Jose State University, where he also played Div. I Varsity Basketball after getting an athletic scholarship. An avid basketball player, he lives in Los Gatos, CA, with his wife, son and daughter.

Innovation - from Web 1.0 to Web 3.0 - and its impact on Entrepreneurship

Sabeer Bhatia is a technology entrepreneur who co-founded webmail company Hotmail on July 4, 1996. Hotmail was the first free Web-based email service. It gave users the ability to access their inboxes from anywhere in the world. As president and CEO, Bhatia led Hotmail until its eventual acquisition by Microsoft in 1998 for an estimated $400 million. Bhatia worked at Microsoft for one year after the Hotmail acquisition and in April 1999, left Microsoft to start another venture, Arzoo Inc., an e-commerce firm. He then started a free messaging service called JaxtrSMS and several other ventures, including InstaColl, a collaboration software business, Sabse Technologies, a mobile wireless startup, and one that applied the Internet of Things to agriculture. His latest venture, ShowReel, is a social video messaging platform that helps people create video resumes that can be sent out to job recruiters. ShowReel seeks to use the short video format to connect job seekers with employers, entrepreneurs with venture capitalists, and patients with doctors.

Bhatia was born in India. He earned a bachelor’s degree in Electrical Engineering from the California Institute of Technology and a Master’s degree from Stanford University.

Rahim Fazal is a Canadian-born technology entrepreneur. He is notable for co-founding Involver, Inc., a provider of social media management software. Involver was co-founded by Fazal and Noah Horton in San Francisco in 2007 and was acquired by Oracle on July 10, 2012.

Involver was the technology platform that powered the first sponsorship of a Facebook Page. Facebook partnered with Involver to build applications for large events like Election Day, the FIFA World Cup, and the Super Bowl.

Fazal and co-founder Horton were named to Inc. Magazine’s Top 30 Entrepreneurs Under 30 list in 2008. He received an Empact Award from Startup America and the Kauffman Foundation at the White House in 2011. He was named one of the Top 40 Under 40 by the San Francisco Business Times in 2013 and one of the Top 25 Digital Thought Leaders by iMedia.

Fazal is the holder of an MBA from the Ivey Business School. He was the youngest person to be accepted to the program without a pre-requisite undergraduate degree.

The shape of your network - Startup Success in 2022 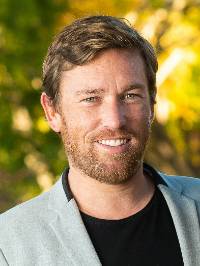 Nick Larson is a serial entrepreneur turned investor with a passion for people, technology, and surfing.  A Silicon-Valley native, Nick has built and scaled mission-driven startups. As co-founder and CRO of Willow (backed by Google, Green Park Ventures) Nick scaled revenue from $0-1M ARR in 3 years. He served as VP of Sales & Co-founder OnePiece Work (backed by UpHonest Capital) which scaled to $3M in 3 years. He now serves as GP of Voyage Capital out of San Jose, California. Named one of the 25 most influential people in communications technology by PRWeek. Currently advising a number of startups, ranging from digital-health, travel-tech, IoT, and Ad-tech (Nick is also a mentor at Europe's top Accelerator, the imec.istart program, as well as Dynamico Accelerator in San Francisco.  He also serves on the board of HackCancer, W.E.D. (Women's Entrepreneurship Day, United Nations) and AR2C (A Real 2nd Chance) which gets non-violent convicts technology tech jobs. Nick graduated from SJSU with a Bachelor’s degree in Business. 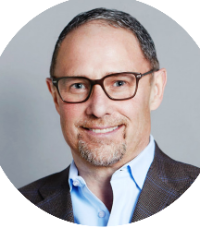 After teaching high school English after college, Mark entered the sales world with RS Hughes, a distributor for 3M and Loctite. After doing another stint as a teacher, Mark became a fully commissioned packaging salesman, helping companies like Applied Materials, Codexis and Shutterfly build their brands and deliver their products. He then started his first company helping small businesses, who couldn’t qualify at banks, gain the funding they needed. Mark worked at TriNet during its IPO and helped build the sales team from 30 to over 300 reps selling into vertical markets. Prior to joining Pacific Western Bank’s Venture Banking Group, he ran a consulting business coaching startup founders on go to market strategies and sales execution. Mark builds high touch relationships, getting to know his clients and their businesses. He and the team focus on adding shareholder value for founders and investors. Mark holds a B.A. in English from Wesleyan University. He is involved in lacrosse as the Executive Director of the Firehawks. 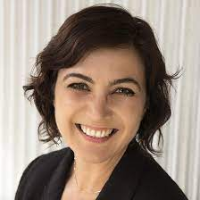 Nada Miljkovic, co-founder of the UCSC Center for Applied Ethics and Values in Emerging Technologies; co-founder Get Virtual

The Entrepreneur’s Mindset: How to Rewire Your Brain for Business Success 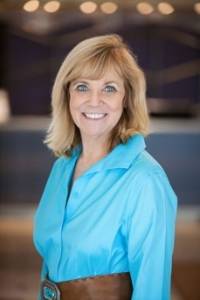 Lalia Helmer, MS-Ed, MA- Industrial Organizational Psychology, is an executive coach and consultant, who works with a broad range of entrepreneurs and leaders locally and internationally, helping them to build collaborative teams and companies that flourish. She has taught as an adjunct professor at the Palo Alto University BS Business Psychology program. She has been a guest speaker for Entrepreneurship courses at San Jose State as well as a judge for the former Neat Ideas Fair. Her most recent book, The Entrepreneur's Mindset: How to Rewire Your Brain for Business Success, features over a half-dozen one-on-one dialogues with startup founders, CEOs, and executives, where she reveals their psychological orientation and mental strategies. Ms. Helmer lives in the San Francisco Bay area. In addition to her work, her greatest passions are her family, dancing, travel, and hiking. 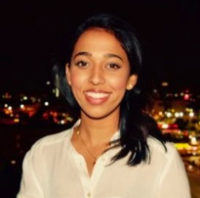 Deepika Bodapati is the co-founder of Athelas, a remote patient monitoring company. The company has developed an FDA-approved rapid blood diagnostic system which uses deep learning and computer vision to generate complete cell blood counts from a single drop of blood within seconds. Prior to founding Athelas, Deepika spent over three years working at the Stanford Multi-modality molecular imaging lab. She co-authored multiple papers during her work at the lab. Deepika was a student at the University of Southern California before taking a hiatus from college to start Athelas in 2016, after being accepted into YCombinator’s accelerator program. In January 2022, Athelas hit unicorn status after raising $132 million in two consecutive funding rounds that boosted the company's valuation to $1.5 billion. The company now serves more than 40,000 patients with chronic conditions like hypertension, cardiac disorders and immunosuppression, making it the largest provider of remote patient monitoring services in the U.S. 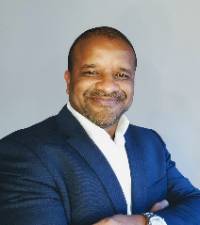 As an SJSU graduate with over 20 years’ experience as a serial entrepreneur Chris Folayan has made his mark globally. He was the Founder & CEO of Africa’s first groundbreaking eCommerce platform, MallforAfrica which he ran for over a decade prior to its recent sale. MallforAfrica was an award-winning patented e-commerce company, which enabled Africans to purchase billions of products from over 250 US and UK retailers using local African currency. Chris then expanded the same concept beyond Africa with another of his companies Link Commerce Ltd, serving over 65 countries in Africa, MENA, LATAM, Caribbean and Russia. Prior to his global eCommerce ventures, he was the Founder and CEO of OCFX Inc an award-winning global software, mobile app and web design agency based in the Silicon Valley serving Startups, Fortune 100 and 500 companies with clients such as SONY, Cisco, HP, EPSON, Merrill Lynch and Capital One. At OCFX Inc, Chris built an innovation division which created and sold platforms/software to corporations. Chris has also founded several other companies throughout the years starting from the tender age of 7. He has worked in everything from the music industry building a digital record label to the recycle industry. He has been featured in several published books, magazines and has received numerous awards throughout the years for his software, mentorship, and impact to society. In 2019 Chris was nominated and presented the 30 Black Star award given to 30 of the most influential African Americans. Chris is currently starting several online digital ventures keeping him active and involved.

Young in name and spirit, Young Han is an accomplished executive, advisor, speaker, and entrepreneur with more than 20 years of success in creating and implementing strategic operations plans to solve growth challenges. He has been the COO of Cafe X Technologies, VP of Operations for Limelight Health, and Director of Marketing for Philz Coffee. Young is also a university guest lecturer, advisor, and aspiring angel investor to myriad business ventures. Young’s deep understanding of operations coupled makes him a sought-after resource for companies looking to solve growth challenges in people operations and change management. He has spent the last few years using his entrepreneurial experiences to start additional businesses including Blue Ocean Pool Service, The Girl Dad Show, PipApp.io, ATX Dwellings, Forever Young Capital, and more. Young is a proud alumnus of SJSU’s Lucas College of Business.