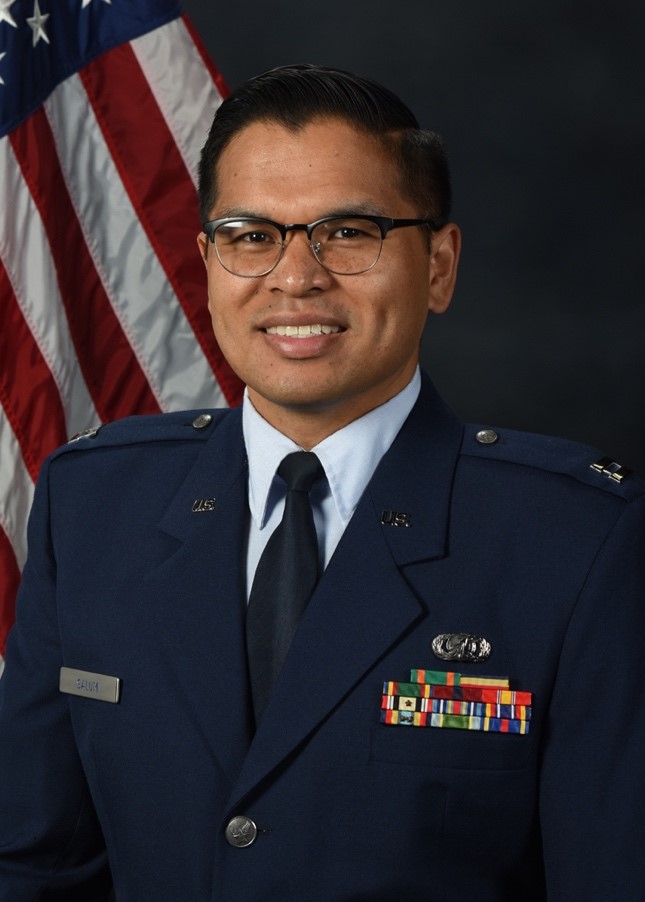 Capt Victor Salum is the Computer Network Operations Solutions, Foundational Services Program Manager at the National Security Agency (NSA), Fort Meade, Maryland. In this position he is responsible for the sustainment and development of automated testing systems, managing and executing a $30M budget and monitoring of program requirements.

Capt Salum's career began as an enlisted member in the United States Marine Corps working as an avionics countermeasure technician. He graduated in 2011 from California State University Long Beach with a bachelor’s degree in Electrical Engineering and 2019 with a master’s degree in Engineering and Technology Management from Oklahoma State University. He received his commission as a second lieutenant through Officer Training School (OTS), Maxwell AFB, AL in 2014.

Following his commission, Capt Salum was assigned to the Space and Missile Systems Center where he served as an engineer specializing in the advancement of future space technologies. Following those duties he took on the role as a project lead for the Military Global Positioning System (GPS) User Equipment (MGUE) under the GPS Directorate. There he managed the development and testing of next-generation GPS user equipment.

Capt Salum next transitioned to the 7th Intelligence Squadron supporting
the NSA as a capabilities development lead where he oversaw the
operation and sustainment of cyberspace systems. While holding these
duties, he was responsible for training, counseling, motivating, encouraging, and mentoring of Airmen.