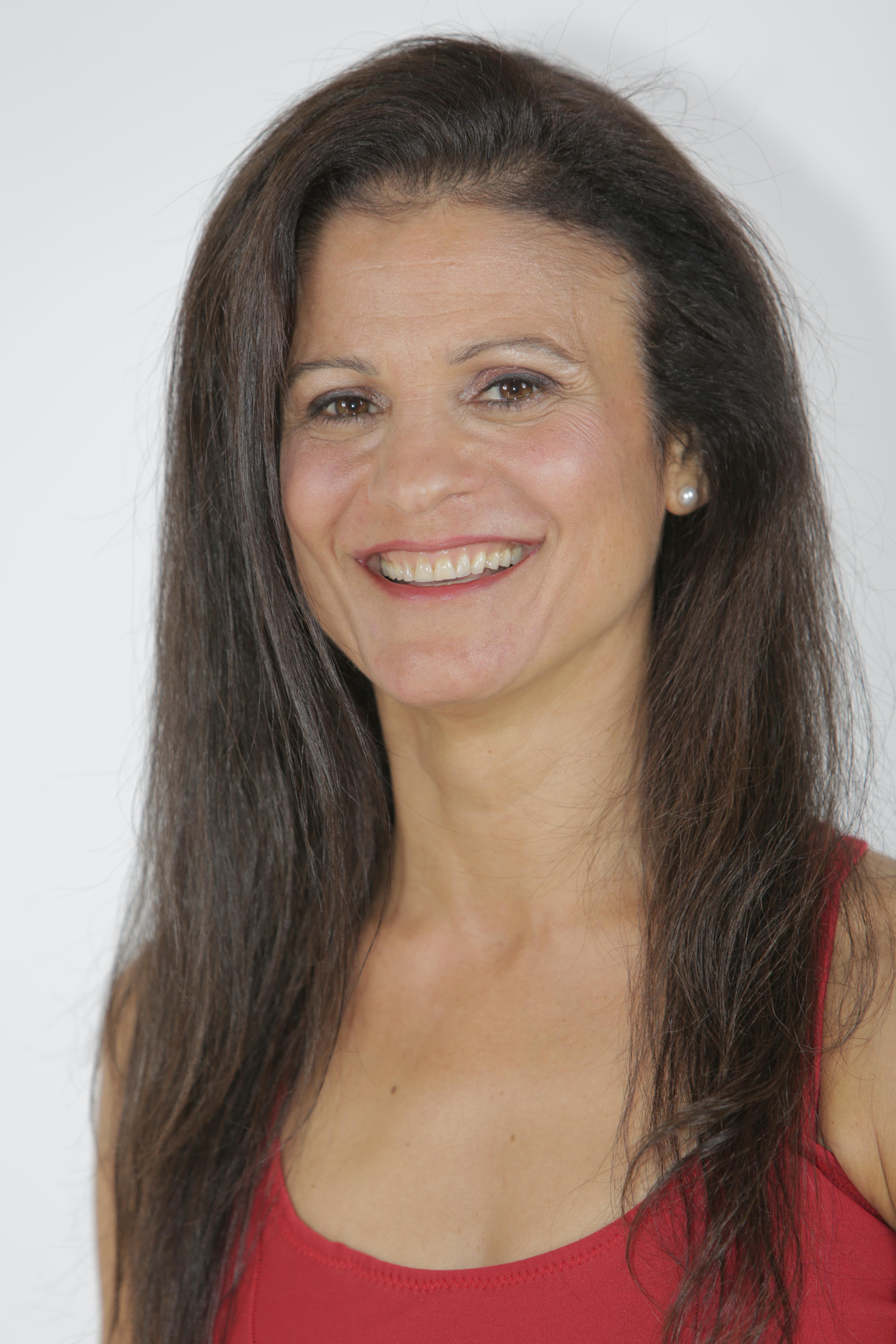 Maria Basile is a founding member and co-artistic director for sjDANCEco. After earning her BS in Dance from the University of Oregon, she relocated to the San Francisco Bay Area. She has danced with companies such as ODC/SF and Anne Bluethenthal & Dancers and has also performed independently with choreographers Lisa Burnett, Betsy Kagen, Bih-Tau Sung, and Cathleen McCarthy. Basile is a Balance instructor (posture/ structural integration), certified by the Balance Center in Palo Alto. Since 1996, she has been a prominent teacher of ballroom, modern, and Latin dance at San José State University, De Anza College, and Buddy Party Dance Studio in Cupertino. Basile's love of dance is rooted in her outstanding gymnastics background. As a member of the 1987 USA Gymnastics Team, Basile competed in The XXIII Rhythmic Gymnastics World Championships in Varna, Bulgaria and in The Konica Cup, the first U.S. international rhythmic gymnastics competition, in Princeton, New Jersey. Following these performances, Basile expanded her work, training top regional athletes at the U.S. Olympic Training Centers and coaches from the Gymnastics Federation of Guatemala.

Basile's greatest passion in life is designing choreography that expresses each dancer's unique beauty. Recent choreographic creations include Fire and Ice (2001); Business of Love, a West Coast Swing duet with professional Richard Kear (2001); The Upward Spiral (2002); Sea Diamonds (2003); The Elements (2004); and The Little Nothings (2005). While most of Basile's performance work is done in a theatrical setting, her love of dance has expanded into liturgical services at various churches in the Bay Area, including Stanford Memorial Church, First United Methodist Church, and Transfiguration Episcopal Church.

A highlight of Basile's career took place during the 1997-1998 dance season, when she performed in The Limón Company's critically acclaimed 50th Anniversary World Tour. Prior to the tour, Basile danced with The Limon West Dance Project of San José, California (1994 - 1998), under Gary Masters' direction.

Another highlight was her three-season involvement with the Cabrillo Music Festival, where she choreographed Philip Glass's The Photographer (200 I), Aaron Copland's The Tender Land (2000) and performed in the festival's production of Leonard Bernstein's Mass (1999). In 2005, she choreographed for San José Opera's production of Carmen and was commissioned to choreograph Les Petit Riens, for the Midsummer Mozart Festival, under the direction of George Cleve.