HRI Director William Armaline is completing the third book in his series with co-authors Bandana Purkayastha and Davita Silfen-Glasberg (University of Connecticut) on the critical sociology of human rights and the necessity of human rights practice.  The book, Human Rights Praxis, A Struggle for Survival (Routledge Press) will be released in spring 2023.

This study introduces the concept of racialized hauntings to refer to the combination of visible stereotypes and invisible effects of imperialism and refugee backgrounds, that shape Afghan Muslims’ racialization experiences with regards to hyper(in)visibility, self-surveillance, and cultural survivance.

We Are About Life-Changing Research

I first started thinking about anger and its role in the experiences of people who have fought in wars when I was in Sierra Leone, about a year after the cease-fire ended the civil war. I was working as a research assistant on a study with girls who had been child soldiers and who had given birth to children during the war. We were living in a community in the west, on the border with Guinea. At first, we met only a few young women. We listened to their stories—about the war, and about what life had been like for them and their children since the end of hostilities.

The transformative and emancipatory potential of participatory evaluation: reflections from a participatory action research study with war-affected young mothers

The Participatory Action Research (PAR) study with Young Mothers in Liberia, Sierra Leone and northern Uganda which took place from 2006 to 2009 aimed to understand what ‘reintegration’ meant to young mothers formerly associated with armed groups. It also implemented social action initiatives designed by study participants to promote their wellbeing and achieve reintegration. We evaluated the study using multiple participatory evaluation methods, situating evaluation as part of the cycle of research and action. This approach facilitated young mothers’ participation in developing the criteria by which the study and its reintegration outcomes would be judged. We describe each method and what we uniquely learned from using a participatory evaluation approach. We discuss how this approach is well-suited for complex studies, can enhance data quality, increases capacity of all involved in the evaluation and supports the critical reflexivity necessary for participatory studies to succeed. 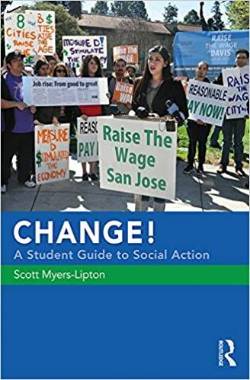 This is the first practical social change text devoted to students working in an academic environment. While there are many books about community organizing and social change, there are no college texts focusing on how to provide real-world experience with academic content taking into consideration the flow of the academic term. CHANGE! A Student Guide to Social Action is written specifically for faculty and staff to use with college students with the goal of helping students bring about the change they believe is necessary to make our community a better place to live.

A significant but insufficiently considered category of female former child soldiers is those that become mothers as a result of rape or through relationships with “bush husbands”. This article reflects on learning from a participatory action research (PAR) study which aimed to facilitate the social reintegration of formerly associated young mothers and other war-affected vulnerable young mothers in Sierra Leone, Liberia, and northern Uganda.

De Jure vs. De Facto Rights: A Response to “Human Rights: What the United States Might Learn from the Rest of the World and, Yes, from American Sociology” 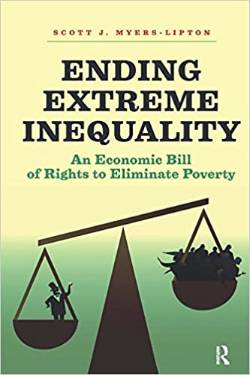 Poverty and inequality are at record levels. Today, forty-seven million Americans live in poverty, while the median is in decline. The top 20 percent now controls 89 percent of all wealth. These conditions have renewed demands for a new economic Bill of Rights, an idea proposed by F. D. Roosevelt, Truman and Martin Luther King, Jr. The new Economic Bill of Rights has a coherent plan and proclaims that all Americans have the right to a job, a living wage, a decent home, adequate medical care, good education, and adequate protection from economic fears of unemployment, sickness and old age. 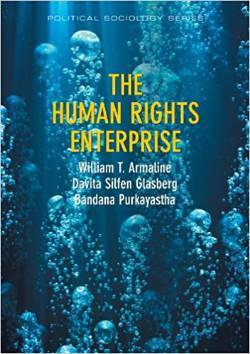 Why do powerful states like the U.S., U.K., China, and Russia repeatedly fail to meet their international legal obligations as defined by human rights instruments? How does global capitalism affect states’ ability to implement human rights, particularly in the context of global recession, state austerity, perpetual war, and environmental crisis? How are political and civil rights undermined as part of moves to impose security and surveillance regimes?

Literature defining ‘police legitimacy’ lacks qualitative research on those populations most often targeted by law enforcement agencies, including people of color in urban areas. This same literature defines police legitimacy as something unquestionable and automatic. Exploration of this concept is limited to strategies to increase public ‘trust’ in police, and public compliance to their authority. We address these limitations in the available scholarship through an analysis of interviews with a diverse sample of Oakland (CA) residents on their experiences with the Oakland Police Department (OPD). Their narratives are presented in the historical context of controversy, budget problems, federal investigations, and racialized violence that help to define the relationship between OPD and Oakland communities. Those interviewed, universally observed OPD’s failure to address the most common crime problems in the city, while others, particularly people of color, found them to be a personal or public threat to safety. Their narratives fly in the face of the manifest functions of municipal police forces, are fully supported by the contemporary empirical history of the OPD, and suggest the illegitimate authority – including the monopoly on the use of force – of organizations like OPD in a democratic society.

A Tale of Two Valleys...The Price We Pay For Living In Santa Clara County [pdf]

Santa Clara County has had various identities over the years. Once known as the “Valley of the Heart’s Delight,” and now Silicon Valley, our county has been heralded as a center of innovation, prosperity, and progressive social policies. These images are now challenged with a new and growing reality. Silicon Valley has become, “Inequity Valley.” A steadily increasing number of studies and articles describe the growing disparity between the wealthy and the rest of our county’s residents. Many members of our community are falling further behind as they attempt to keep up with the very expensive cost of living throughout the county. 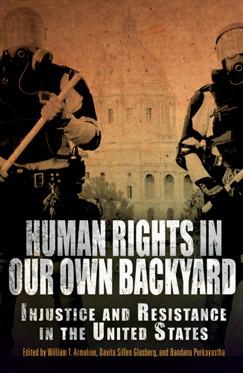 Human Rights in Our Own Backyard: Injustice and Resistance in the United States

Awarded the 2013 Hirabayashi Book Award by the Human Rights Section of the American Sociological Association.

This report specifically addresses the public testimony of inmates’ family and friends, the social and historical context for this testimony, and the legal and policy frameworks for custodial operations and international human rights of prisoners. In addition, the data that underlie our recommendations are consistent with the Jail Conditions: Inmate, Staff & Family Perspectives report presented to the Blue Ribbon Commission (BRC) by the law firm Moscone Emblidge & Otis, LLP. It is also consistent with consultant Aaron B. Zisser’s report to the BRC on the grievance and complaint system in Santa Clara County jails (both reports are included as appendices to this report). Admittedly, the public forum held by the JRC was smaller in scope, yet we arrive at very similar conclusions with some unique emphases derived from family and friend’s testimony.

This report is submitted by Human Rights Advocates, San José State University Human Rights Program, and the Medical Whistleblower Advocacy Network (MWAN). This report urges the Committee Against Torture to address issues related to the use of the death penalty in the United States, which continues to be used in the majority of states though a few states have recently abolished it.