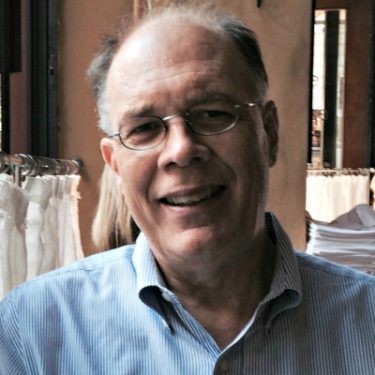 Rick Tieszen, internationally renowned scholar in phenomenology, logic and philosophy of mathematics, died on Tuesday, March 28 of multiple myeloma. He passed away peacefully with his wife, Nancy, at his side. He is survived by his wife, Nancy, sisters Patricia Anderson, Pamela Hobbs, Sandra Tait and parents Beverly and James Tieszen.

Rick graduated from Colorado State in 1974, earned a MA from the New School and a PhD in Philosophy from Columbia in 1986. He began his teaching career at Queen’s College (CUNY) where his excellence in teaching earned him the praise of chair, Frederick Purnell: “Dr. Tieszen’s skill and accomplishments as an instructor were so significant that he established a standard against which every future lecturer will be judged.” After brief stints teaching at NYU, Lake Forest College and Miami University, Rick joined San José State University in 1989 where he went on to a distinguished career as a teacher, scholar and colleague. He also held visiting positions at Ecole des hautes études en sciences sociales (EHESS); Archives Henri Poincaré/CNRS/Université; Institut d'histoire et de philosophie des sciences et des techniques (IHPST/CNRS); Universiteit Utrecht, The Netherlands; and Stanford University. He also co-supervised a PhD student from Peking University, China.

Rick was the author of three influential books: After Gödel: Platonism and Rationalism in Mathematics and Logic, Oxford University Press, 2011; Phenomenology, Logic, and the Philosophy of Mathematics, Cambridge University Press, 2005; and Mathematical Intuition: Phenomenology and Mathematical Knowledge, Synthese Library, Springer, 1989. He also co-edited two widely read anthologies: Constructive Engagement of Analytic and Continental Approaches in Philosophy, co-edited with Bo Mou, Brill, 2013, in the Philosophy of History and Culture series; and Between Logic and Intuition: Essays in Honor of Charles Parsons, co-edited with Gila Sher, Cambridge University Press, 2000. He is the author of over fifty articles in well regarded journals including Philosophia Mathematica, Continental Philosophy of Science, Philosophy and Phenomenological Research, Synthese, and History and Philosophy of Logic. His important work in logic and the foundation of mathematics was recognized by a prestigious National Endowment for the Humanities award for 2006-2007. His scholarship was recognized by San José State University when he was named University President’s Scholar for 2007-08.   Rick’s keen interest in Philosophy was periodically interrupted by treatments for his protracted illness, which he so courageously underwent. Still, he was finishing a book on Gödel in the weeks prior to his death. Rick also had a personal and professional interest in Buddhism and gave talks at the Land of Medicine Buddha, Soquel, California; and the Ocean of Compassion Buddhist Center, Campbell, California.

Rick’s service to the profession included being an Editorial Board Member, Philosophia Mathematica (Third Series), member of the Advisory Board, Comparative Philosophy, member of Scientific Board, Metodo: International Studies in Phenomenology and Philosophy, referee for National Endowment for the Humanities (NEH), and a Project Member, Kurt Gödel: From Logic to Cosmology.

Rick was a phenomenally good teacher, who taught a wide range of courses at SJSU from graduate seminars to the GE courses he developed. His students loved him. One former student said that “When I studied logic with him he was joyful; he went so far as to tell me he thought I brought ‘fun’ to the class; a generous thing to say to a woman with math anxiety.” and another said that, “He was enthusiastic about the project and encouraged me to pursue it, gave me some direction, and promised to read the finished work once I was done. A few years later that paper would become my first publication and the beginning of a career dealing with questions of culture, history, and identity. I owe it all to Rick.”

Rick was a wonderful colleague who kept our department running with his organizational prowess and his incredible generosity. He cut back his teaching in 2012 to devote more time to his final illness, but he was always available to his students, his department and his colleagues. He often emailed from his hospital room and described his eagerness to be back at work. One colleague remembers having a stimulating discussion with him about Kant’s doctrine of the mathematical sublime at his bed side. Rick was a dedicated philosopher and a good friend: we will miss him dearly.

From the Family of Dr. Tieszen

Rick was born in Mitchell, South Dakota (home of the Corn Palace). He moved to Pico Rivera, California where he started 1st grade at Birney Elementary. Rick graduated from 12th grade from El Rancho High School in Pico Rivera. He enrolled at Rio Hondo Junior College in Whittier, CA after graduating from high school. In 1970 he moved to Fort Collins, CO where he attended Colorado State University. He graduated with a bachelor’s degree in 1974. Rick moved to New York City and attended the New School for Social Research where he received his master’s degree, then he went on to Columbia University where he received his Ph.D. in 1986.

Possibly much to your surprise Rick really enjoyed racing motorcycles in the California desert almost every weekend. We as a family camped in the desert to watch him race. He raced on the weekends and would work on his motorcycle during the week to make sure it ran and was in tip top shape. He worked at a mattress factory to support his motorcycle hobby. Trophies yes. Always had many friends at the family home. Rick was in a band that met several time a week in our garage. Rick played the drums.   Later on he played the acoustic/electric guitar. He was good with mechanics and did all the mechanics on his motorcycle. He was very good on a unicycle - had excellent balance. He drove a red Datsun pickup that transported his motorcycle back and forth to the desert. He participated in the Barstow to Vegas (500 miles) dirt bike race. Rick still has friends in southern California from his days growing up that he has kept in contact with. He was a Boy Scout.

Ways to Contribute to His Memory

The family of Dr. Tieszen has created a scholarship in his memory at San José State University.  Checks can be made payable to the "Tower Foundation of SJSU"and mailed to:  San José State University, Attn:  Matthew Siegel, One Washington Square, San Jose, CA 95192-0257.  Please specify 'Dr. Richard Tieszen' in the memo line.  Donations can also be made online at sjsu.edu/giving.  Please specify 'Dr. Richard Tieszen' in the 'other purpose' box.  This scholarship will benefit students with financial need.

Other Memorials for Doctor Tieszen