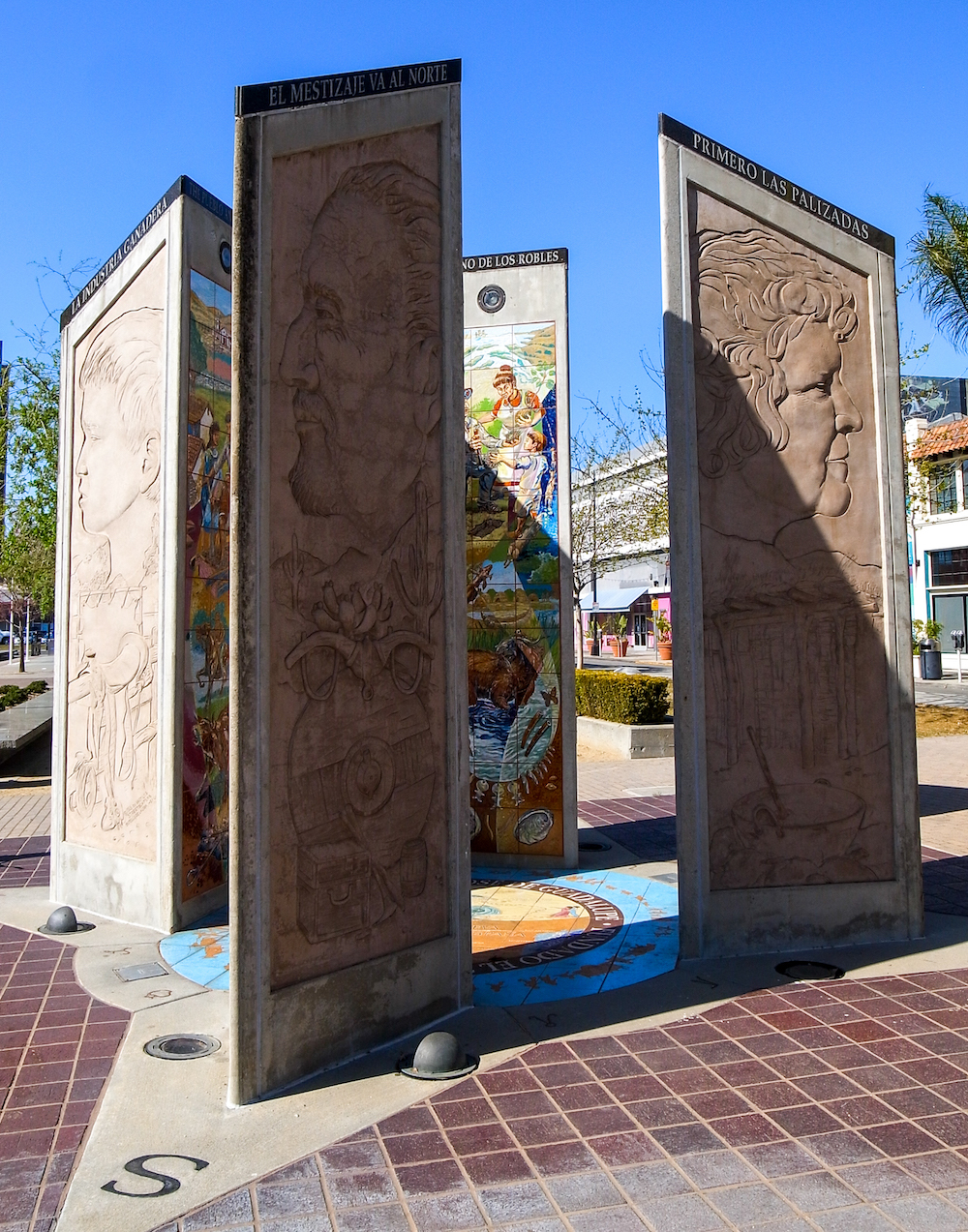 Created by Wayne Alaniz Healy and David Rivas Botello, founders of the Los Angeles based art collective East Los Streetscapers, and sculptor Alejandro De La Loza, this concrete and bronze sculpture features murals and bas-relief sculpture depicting the 1777 establishment of San José as the first civilian Spanish settlement in California. Painted in the group’s colorful signature style, which emerged from the Chicano Mural Movement of the 1960s-70’s, the murals depict the day to day lives of the unnamed settlers from their agricultural prowess to their adobe homes.

The “Commemoration of the Founding of Pueblo De Guadalupe San Jose” challenges the narrative that California was born out of the Gold Rush. Serving as a reminder that the history of European settlement in the state dates back beyond 1849. The seal of the State California bears the image of Athena, who was born fully matured from the head of Zeus. The memorial is an act of resistance to the singular narrative of American settlement, acknowledging Spanish and Mexican settlement and rule that had been present since 1697.

As you head towards the next artwork, notice the variety of small businesses along First Street. Consider how vital pedestrians are to their economic viability. Between shops, galleries, and restaurants there are several empty storefronts. Consider the economic impact Covid-19 shelter-in-place had on the vitality of this important San Jose streetscape. Downtown has felt an artistic revitalization with the Art Box Project (painted utility boxes), Downtown Doors mural project, and the Street Life project.