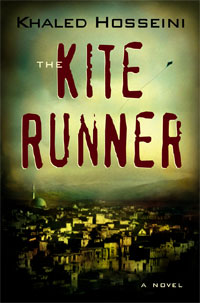 The Fall 2006 book,The Kite Runner by Khaled Hosseini, tells a captivating story relevant to today's world events. The story takes place in Afghanistan, Pakistan, and the San Francisco Bay Area. San José State University is mentioned twice in the story, with the main character attending SJSU soon after arriving in California. In 1980, when the author was of high school age, he and his family left Afghanistan and obtained political asylum in the U.S. Dr. Hosseini, an internist, lives and practices in the Silicon Valley.

From the CIA's World Factbook

From the Library of Congress