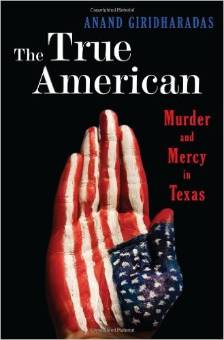 As SJSU is a community dedicated to inclusiveness, and there have been some disturbing generalizations made about all Muslim Americans by some voices in the media recently, this spring, working with Associated Students, we have selected a book reading activity to raise awareness about Islamophobia while having an open dialogue about what America stands for and what it means to be an American. Our focus will be on the award-winning book by Anand Giridharadas, The True American: Murder and Mystery in Texas (Norton 2014). 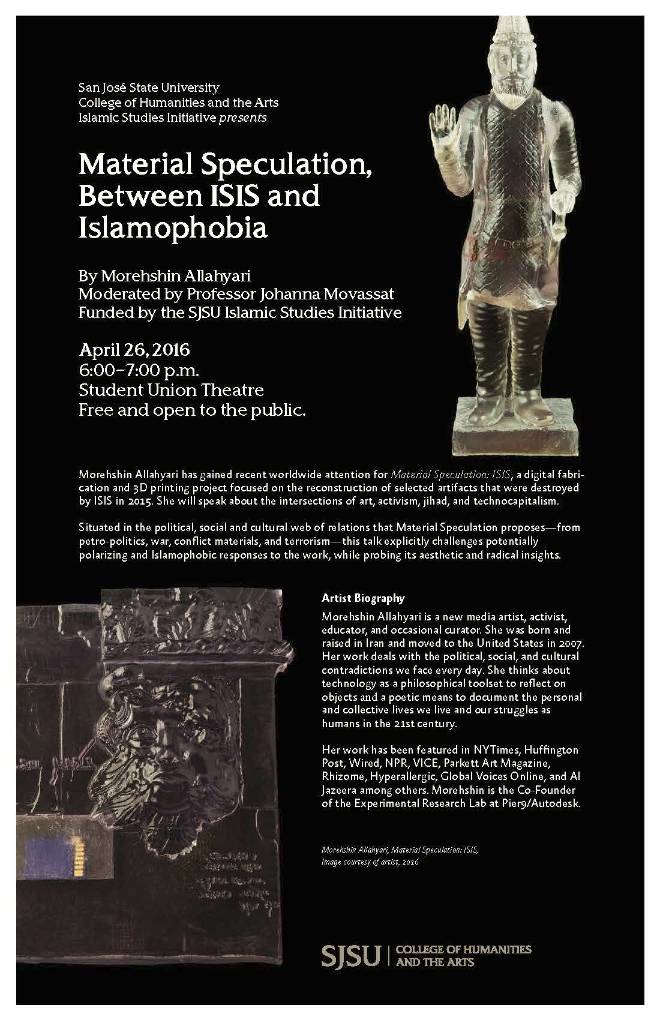 Material Speculation, Between ISIS and Islamophobia

Morehshin  Allahyari has gained recent worldwide attention for Material Speculation: ISIS, a digital fabrication and 3D printing project focused on the reconstruction of selected artifacts that were destroyed by ISIS in 2015. She will speak about the intersections of art, activism, jihad, and technocapitalism.

Situated in the political, social and cultural web of relations that Material Speculation: ISIS proposes—from petro-politics, war, conflict materials, and terrorism—this talk explicitly challenges potentially polarizing and Islamophobic responses to the work, while probing its aesthetic and radical insights.

Morehshin Allahyari is a new media artist, activist, educator, and occasional curator. Born and raised in Iran, she moved to the United States in 2007. Her work deals with the political, social, and cultural contradictions we face every day. She thinks about technology as a philosophical toolset to reflect on objects and a poetic means to document the personal and collective lives we live in the 21st century.

Allahyari's work has been featured in the New York Times, Huffington Post, Wired, NPR, VICE, Parkett Art Magazine, Rhizome, Hyperallergic, Global Voices Online, and Al Jazeera among others. She is the Co-Founder of the Experimental Research Lab at Pier9/Autodesk.