Dwayne Betts transformed himself from a 16-year old kid sentenced to nine years in prison to a critically acclaimed writer and graduate of the Yale Law School. He has written two collections of poetry, the recently published and critically acclaimed Bastards of the Reagan Era and Shahid Reads His Own Palm. His memoir, A Question of Freedom: A Memoir of Learning, Survival, and Coming of Age in Prison, is the story of a young man confined in the worst prisons in the state of Virginia, where solitary confinement, horrific conditions, and the constant violence threatened to break his humanity. Instead, Betts used the time to turn himself into a poet, a scholar, and an advocate for the reform of the criminal justice system. 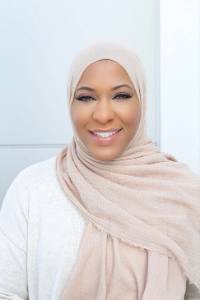 Ibtihaj Muhammad is an entrepreneur, activist, speaker and Olympic medalist in fencing. A 2016 Olympic bronze medalist, 5-time Senior World medalist and World Champion, in 2016, Ibtihaj became the first American woman to compete in the Olympics in hijab. Ibtihaj was a 3-time All American at Duke University where she graduated with a dual major in International Relations and African Studies. In 2014, Ibtihaj launched her own clothing company, Louella, which aims to bring modest, fashionable and affordable clothing to the United States market. In 2017, Mattel announced their first hijabi Barbie, modeled in Ibtihaj’s likeness, as part of Barbie’s “Shero” line of dolls. The Barbie became available for purchase in July 2018.

Ibtihaj released her debut memoir in July 2018, PROUD: My Fight for an Unlikely American Dream. Ibtihaj’s third book, New York Times’ Bestseller children’s picture book, The Proudest Blue, released September 2019 with glowing reviews.  Ibtihaj is a sports ambassador with the U.S. Department of State’s Empowering Women and Girls through Sport Initiative, and works closely with organizations like Athletes for Impact and the Special Olympics. Named to Time Magazine’s 100 Most Influential list, Ibtihaj is an important figure in a larger global discussion on equality and the importance of sport. Her voice continues to unite both the sports and non-sports world. 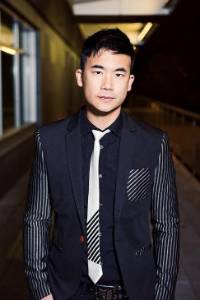 Simon Tam is an author, musician, activist, and troublemaker. Tam is best known as the founder and bassist of The Slants, the world’s first and only all-Asian American dance rock band. He is the founder of The Slants Foundation, an organization dedicated to providing scholarships and mentorship to artist-activists of color. Tam has been a keynote speaker, performer, and presenter at TEDx, SXSW, Comic-Con, The Department of Defense, Stanford University, and over 1,200 events across four continents. He has set a world record by appearing on the TEDx stage 13 times. His work has been highlighted in over 3,000 media features across 150 countries including The Daily Show with Trevor Noah, NPR, BBC, New York Times, and Rolling Stone.

In 2016, Simon joined President Barack Obama, George Takei, Jeremy Lin, and other celebrities in the #ActToChange campaign to fight bullying. He recently helped expand civil liberties through winning a unanimous victory at the Supreme Court of the United States for a landmark case, Matal v. Tam, in 2017. Tam designed one of the first college-accredited social media and digital marketing certificates in the United States. His approach to cultural competency in marketing has been taught to hundreds of Fortune 500 companies. In 2019, he published his memoir, "Slanted: How an Asian American Troublemaker Took on the Supreme Court." 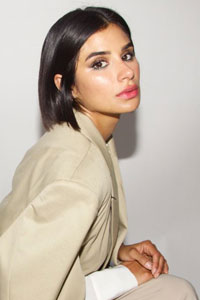 Actress, Orange is the New Black & Author "In the Country We Love: My Family Divided" 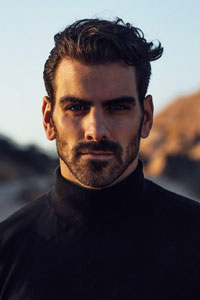 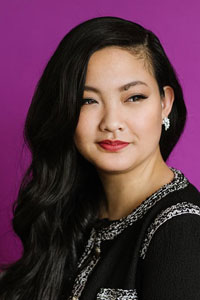 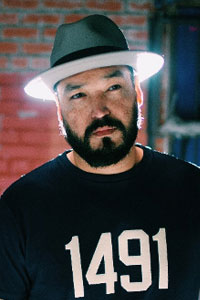 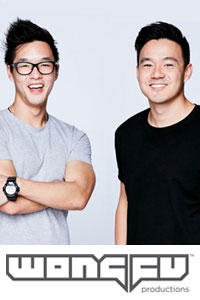 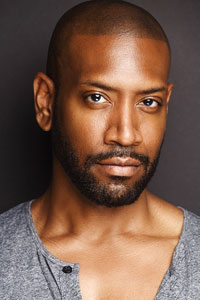 Finding Your Purpose: From Baltimore to Broadway’s “Hamilton” with Bryan Terrell Clark

Bryan Terrell Clark is an actor and singer-songwriter, known for his starring role as George Washington in “Hamilton: An American Musical” on Broadway and his numerous TV credits including Fox’s “Empire.” With a mission to help as many young people as possible find their unique purpose in life, he draws on his experiences in the entertainment industry to inspire audiences to dream big, create a positive impact on others, and discover the best version of themselves.

An Evening with 2017 TIME Person Of The Year "me too." Movement Founder Tarana Burke

The simple yet courageous 'me too.' has emerged as a rallying cry for people everywhere who have survived sexual assault and sexual harassment – and Tarana’s powerful, poignant story as creator of what is now an international movement that supports survivors will move, uplift, and inspire you. 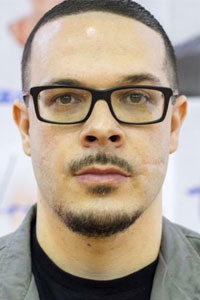 When it comes to the Black Lives Matter movement, they’re talking specifically about human dignity for African Americans. And for this movement, journalist, humanitarian, and activist SHAUN KING, a columnist for The Intercept and the Writer-In-Residence at Harvard Law School’s Fair Punishment Project, is amongst the most compelling voices: a humane and passionate advocate for justice and families, and an extremely visible fundraiser for victims of brutality and discrimination.

An Evening with Tommy Orange

Tommy Orange is a recent graduate from the MFA program at the Institute of American Indian Arts. He is a 2014 MacDowell Fellow, and a 2016 Writing by Writers Fellow. He is an enrolled member of the Cheyenne and Arapaho Tribes of Oklahoma. He was born and raised in Oakland, California, and currently lives in Angels Camp, California. 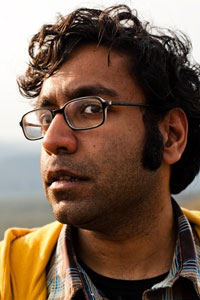 Hari has been described by the New York Times as “one of the most exciting political comics in stand-up today.” He has been on The Late Show with David Letterman, Conan, Jimmy Kimmel Live, John Oliver’s NY Stand-Up Show, and Comedy Central. Join us as Hari speaks on important topics such as race, identity, inequality, and the LGBT community. 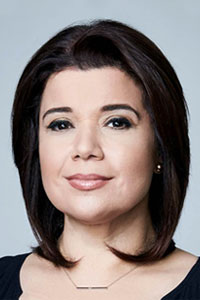 "Politics and the Hispanic Vote" with Ana Navarro

As we approach Fall elections, hear from Ana Navarro, Republican strategist and political commentator. Republican consultant Brett O’Donnell has noted, “Ana speaks the truth, and she is willing to speak the truth to power without reservation…She has the ear of lots of elected officials.” AnaNavarro has been on various news outlets including CNN, CNN en Español, ABC News, Telemundo, and The View. 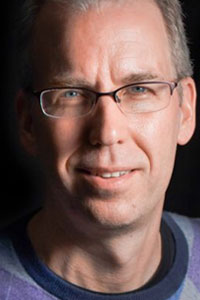 Speaker Bio: Frank Warren demonstrates the power of sharing your hopes, dreams, fears and failures and how PostSecret became the catalyst for his passionate commitment to mental health advocacy. What started as a community mail art project in which people anonymously share never-before-voiced secrets has since captured our collective imagination and evolved into a worldwide phenomenon. Several New York Times best-selling books, national art exhibits and an album and theatrical production later, Frank’s PostSecret website has become the most visited ad-free blog in the world, honored with multiple Webbys for “Best Blog on the Internet.” PostSecret has also raised over $1,000,000 for suicide prevention and earned Frank a Mental Health Advocacy Lifetime Achievement Award. In Frank’s interactive multimedia event, "PostSecret Live," he engages audiences with the inspiring, funny and at times heartbreaking stories behind the secrets. As he delves into how the project led to his ardent involvement in suicide awareness, Frank demonstrates that by sharing our personal struggles, we can help each other and release our burdens. 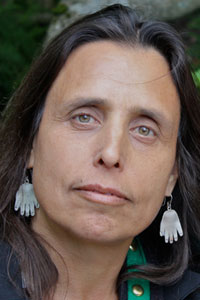 “Creating a Multicultural Democracy - Religion, Culture, and Identity in America” with Winona LaDuke

Speaker Bio: Native American Activist, Environmentalist, and Former Green Party Vice Presidential Candidate Winona LaDuke (Ojibwe) is an internationally renowned Native American activist and advocate for environmental, women's, and children's rights. She is the founder of the White Earth Land Recovery Project, a reservation-based land acquisition, environmental advocacy, and cultural organization. LaDuke won the Reebok Human Rights Award, launching the White Earth Land Recovery Project with the proceeds. In 1994, TIME magazine named her one of the "50 For the Future," the country's most promising leaders under age 40. A graduate of Harvard and Antioch University, she has written extensively on Native American and environmental issues. She is the author of six books including: All Our Relations: Native Struggles for Land and Life (South End Press); the novel, Last Standing Woman, (in which she chronicles a Native American reservation and its people's struggle to restore their culture); a non-fiction children’s book In the Sugarbush; The Winona LaDuke Reader (a twenty-year collection of her writing, journalism, speeches, testimony, and poetry), Recovering the Sacred, and her most recent book; The LaDuke Chronicles. 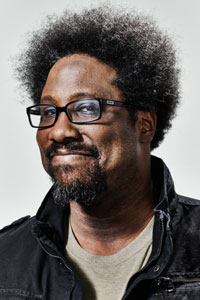 An Evening of Stand Up Comedy with Kamau Bell 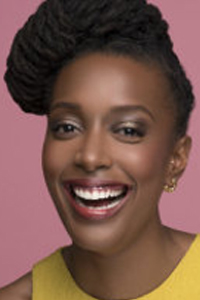 Speaker Bio: Franchesca Ramsey is an actress, comedian and video blogger with over 29 million views on YouTube and over half a million followers across Facebook, Twitter and YouTube. Her videos have been featured on MTV, The NY Times and The BBC. In 2012 “Sh*t White Girls Say…to Black Girls” was viewed 5 million times in 5 days, garnering coverage on MSNBC, ABC and Anderson Cooper. Most recently Franchesca worked as a writer and contributor for The Nightly Show with Larry Wilmore on Comedy Central and is currently the host of the MTV web series Decoded. 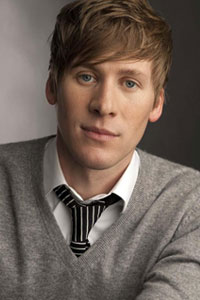 Speaker Bio: Dustin Lance Black is a screenwriter, filmmaker and social activist. He has won the Academy Award® and two WGA Awards for Best Original Screenplay for Milk, the biopic of the late civil rights activist Harvey Milk starring Sean Penn. He is also a founding board member of the American Foundation for Equal Rights (AFER), which successfully led the federal cases for marriage equality in California and Virginia with lawyers David Boise and Ted Olson, putting an end to California’s discriminatory Proposition 8. Additionally, Black has taught MFA screenwriting at UCLA, regularly appears on MSNBC and CNN, has had three books published, has written for every major screenwriting magazine, contributes to The Daily Beast and The Huffington Post, topped the list of OUT Magazine’s “40 under 40,” and has repeatedly been named one of the 50 most powerful LGBT people in America today. 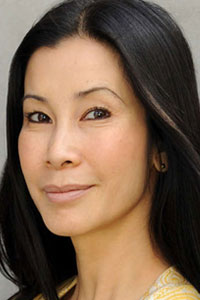 Speaker Bio: In today’s culture of “sound bite news,” many important issues get overlooked, if they get covered at all. Lisa Ling has dedicated herself to shedding light on stories impacting the world in which we live. In her presentations, complete with a lively Q&A session, Lisa shares a collection of stories from her over 20 year career in media that have profoundly affected her outlook on life. Her hope is that through her experiences people may be provoked to 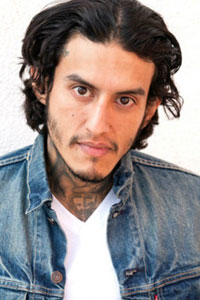 An Evening with Richard Cabral: A Conversation and excerpts from his One Man Show

Speaker Bio: Nominated for a 2015 Emmy Award for his riveting portrayal of Hector Tontz in ABC’s commercially and critically acclaimed anthology series American Crime, (created by Oscar-winner John Ridley), Richard Cabral was discovered by the producers of NBC’s Southland while working as a Baker at Homeboy Industries. He’s been taking Hollywood by storm ever since. Richard was recently awarded Homeboy Industries “Homeboy Hero Award” given to the former gang member and “graduate” from the Homeboy program, who has most profoundly transformed his or her life. A former gang-member, he fought a life-sentence and has since dedicated himself to helping others born into similar circumstances.  He was also named one of Variety Latino’s ’10 Latinos to Watch’ in 2016. 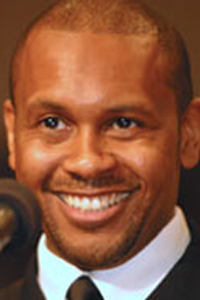 Speaker Bio: Kevin Powell is an accomplished activist, speaker, writer, and author. As the president and co-founder of the organization, BK Nation, Kevin focuses on issues of education, civic engagement, leadership training, health and wellness, social media, arts and culture, and job and small business creation. Kevin has appeared in multiple interviews and speaking engagements including “Tupac Shakur’s Legacy, 20 Years On” on NPR’s “Code Switch” and “Why Obama Hasn’t Gone to Ferguson” on CNN. The author of 13 books and multiple writings, Kevin’s life of public service and dedication to literature and the arts is now acknowledged through Cornell University’s The Kevin Powell Collection.

"Changing the Way We See Native America" with Matika Wilbur

Speaker Bio: A Native American woman of the Swinomish and Tulalip Tribes (Washington) is unique as an artist and social documentarian in Indian Country, exploring Native identity and experience through the impeccable artistry of each of her photographs. Matika Wilbur is currently working on Project 562, a national documentary project dedicated to photographing contemporary Native America. 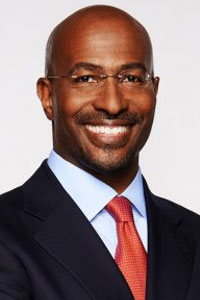