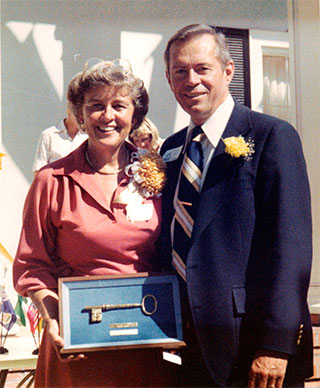 The International House was founded by very generous alumni of San José State University, Alan and Phyllis Simpkins. The Simpkins were actively involved in the development of the program and maintenance of the facility since its inception in 1978 when they bought the building, remodeled and furnished it. The building was privately owned by the Simpkins until December, 1997 when they donated it to the SJSU Foundation for continued use as the SJSU Phyllis Forward Simpkins International House. The SJSU Research Foundation handles all administrative transactions for the I-House.