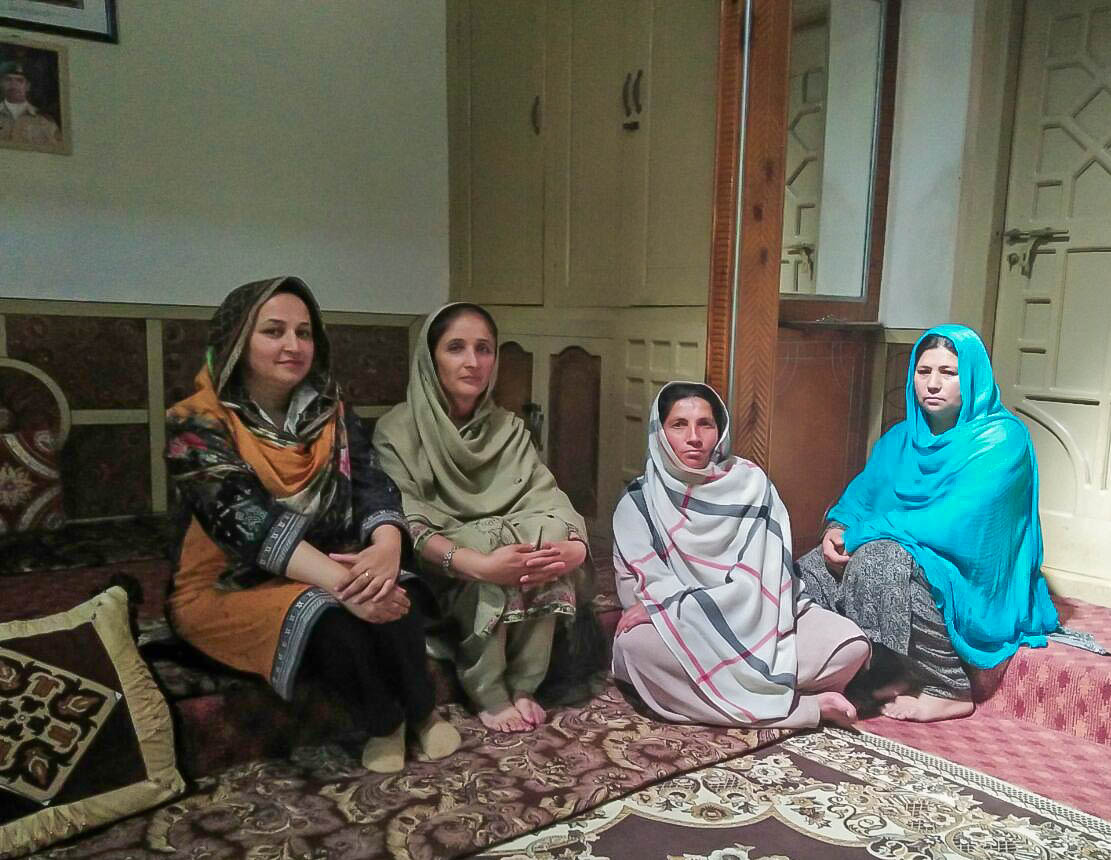 Dawoodi (formerly Domaaki, Dumaki, Domaki; ISO 639-3: dmk; Glottolog: doma1260) is a severely endangered language spoken in two villages in northern Pakistan: Mominabad in Hunza Valley and Mominabad in Nagar Valley. Each village is home to a separate dialect, though the two are mutually-intelligible to a high degree and speakers feel that it is one language. There is no writing system for either dialect, and so consequently there are no Dawoodi-language media nor is the language taught in any school.

The Dawoodi were traditionally restricted to the occupations of blacksmith and musician, both of which were seen as having low prestige (Backstrom 1992:105). Beginning in the 1970s, they found new freedom in living and working as they pleased, and this has led to widespread language shift, especially those who have moved to ethnically-mixed towns (Weinreich 2010, 2015). Today, Dawoodi is only heard in the two traditional villages, and even there the residents also speak at least one other regional language, such as Shina or Burushaski, if not Urdu. Only the oldest generation still uses Dawoodi on a regular basis; we have not found a speaker younger than age twenty, which means that children are no longer learning the language, a sure sign of endangerment. Based on our two field visits in 2017 and 2018, we estimate that there are only four or five dozen speakers of the Hunza dialect, and roughly a dozen speakers of the Nagar dialect. Given this dire situation, UNESCO classifies Domaaki as severely endangered (Moseley 2010), while Ethnologue rates it as moribund (Lewis et al. 2016).

Dawoodi belongs to the Central Zone of the Indic branch of the Indo-Iranian group, which is part of the Indo-European language family. It is believed to be a close relative of Romani and Domari, spoken by the traditionally nomadic ethnic groups of Europe and the Middle East respectively. This link is supported by the cognate ethnonyms dom (Domaaki), rom (Romani) and lom (Domari), some shared phonological innovations, and these peoples’ traditional work as blacksmiths and musicians (Buddruss 1983, Lesný 1941, Lorimer 1939:20). Most scholars agree with this connection (e.g. Masica 1991:427, Matras 2002:31), though no in-depth comparative studies have been done to date. Some earlier sources call Dawoodi a Dardic language, likely because of its many loanwords from the neighboring Shina language, but this classification is incorrect (Backstrom 1992:104).

Typologically, the language is similar to others in the family. The phoneme inventory contains a large number of consonants, including bilabial, dental, retroflex and velar stops that all carry a three-way distinction in phonation: voiced, voiceless and voiceless aspirated. Vowels may be oral or nasal. Because there is no standard, there is considerable variation in pronunciation, even among speakers of the same dialect. The language has agglutinating morphology. Nouns inflect for gender and number, and take case markers and postpositions as suffixes. The verb system is complex. Stems vary for aspect, distinguishing the imperfective from the perfective, while tense is conveyed through the use of auxiliary verbs, most often the copula. Both matrix and auxiliary verbs inflect for person and number, and for gender in the third person singular. The syntax is primarily SOV, and the auxiliary always follows the matrix verb (also see Weinreich 2011). As previously mentioned, there are two dialects, one spoken in each village. They are mutually intelligible; the differences are largely found in pronunciation and in certain vocabulary and morpheme choices (also see Weinreich 1999, 2008). 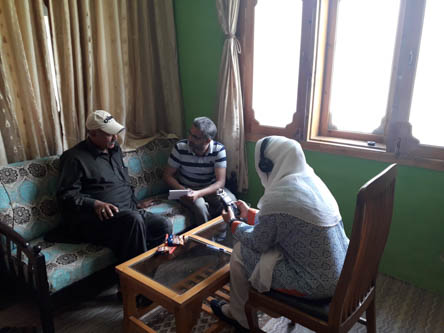 The Dawoodi language has been studied by only a handful of linguists to date. Most of the articles focus on the Hunza dialect; the existence of the Nagar dialect only came to scholars’ attention a few years ago (Weinreich 2008). The first grammar, and only book-length work on Dawoodi, was published by Lorimer in 1939. An amateur linguist, he was the first outsider to notice that the Dawoodi spoke a language different from their neighbors, and the first to suggest its relationship to Romani. It is now recognized that his book contains a number of errors, which have been corrected by later work. Most published articles focus on phonology (Yoshioka 2006), morphosyntax (Tikkanen 2011, Weinreich 2008) or comparative studies (Buddruss 1983, 1984, 1986), though a grammar sketch has been published in Russian (Weinreich 2011). There have also been a number of articles on the sociolinguistic situation (e.g. Backstrom 1992, Buddruss 2006, Kreutzmann 2005, Rahman 2003, Schmid 2007, Weinreich 2010, 2015).

Our project makes available, for the first time, recordings and transcriptions of Dawoodi as spoken in everyday life. Highlights from four recordings on various topics are included here: Education, Old Days, Friends & Relatives and Planting & Food. Highlights can also be found via the navigation links to the left.

A complete set of recordings and transcriptions has been placed in the Kaipuleohone UH Digital Language Archive at the University of Hawai'i at Mānoa.

Kreutzmann, Hermann. 2005. Linguistic diversity in space and time: A survey in the Eastern Hindukush and Karakorum. Himalayan Linguistics 4.1-24.

Lorimer, D.L.R. 1939. The Ḍūmaki Language: Outlines of the Speech of the Ḍoma, or Bērīcho, of Hunza. Nijmegen: Dekker & van Vegt N.V.

Weinreich, Matthias. 2010. Language shift in Northern Pakistan: The case of Domaaki and Pashto. Iran and the Caucasus 14.43-56.

Weinreich, Matthias. 2015. Not only in the Caucasus: Ethno-linguistic diversity on the roof of the world. Studies on Iran and the Caucasus: In honor of Garnik Asatrian, ed. by Uwe Bläsing, Victoria Arakelova and Matthias Weinreich, 303-341. Leiden: Brill Publishers.