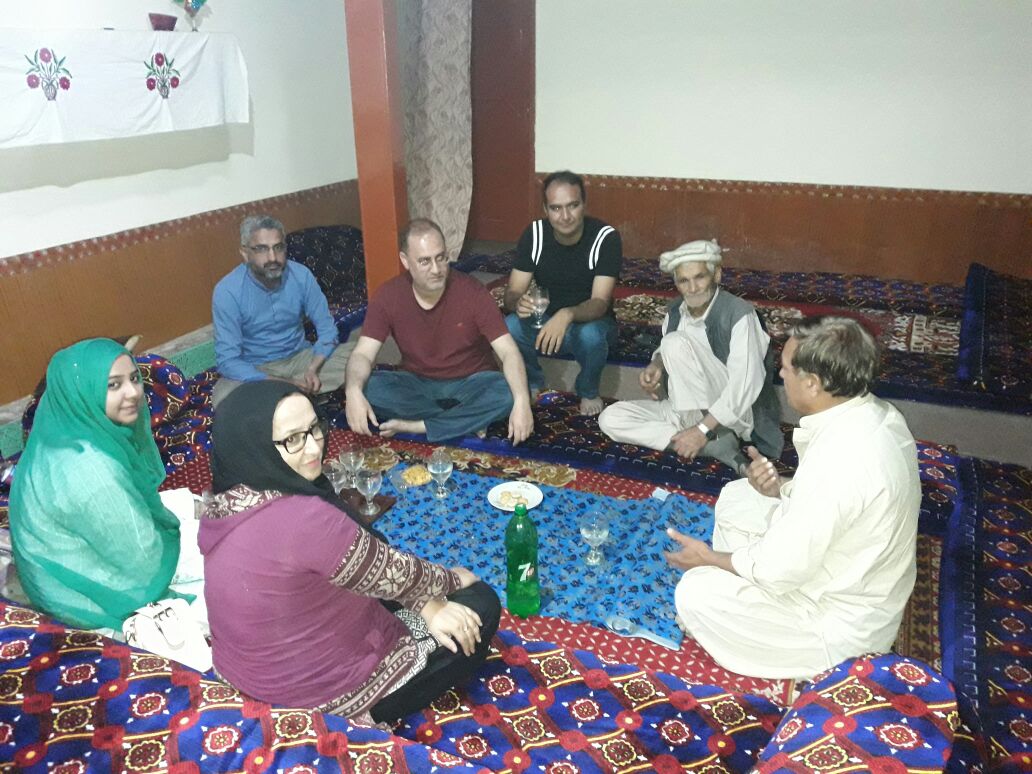 The Dawoodi Language Project is a joint venture between two universities: San José State University (SJSU) in San José, California and the University of Azad Jammu and Kashmir (UAJK) in Muzaffarabad, Pakistan. Together, they put together a multi-year project to record and transcribe spoken Dawoodi with two goals in mind, to preserve the language before it disappears and create a permanent record for future generations of speakers and linguists alike. The project was supported by a grant from the Documenting Endangered Languages (DEL) Program at the National Science Foundation.

The binational team consists of two faculty members from each university, Drs. Roula Svorou and Chris Donlay from SJSU and Drs. Ayesha Sohail and Abdul Qadir Khan from UAJK, along with graduate students from the latter institution: Ayesha Bukhari, Nabeela Khalid, Zafeer Hussain Kiani, Ayesha Rehman, Sabir Hussain Shah and Hamid Zia. In addition, two native speakers, Mehraj Hussain from Hunza Valley and Haider Abbas from Nagar Valley relocated to Muzaffarabad to work with the UAJK team – without them this project would not have been possible. The UAJK team carried out the field visits, made the audio and video recordings and, with the native speaker consultants, transcribed the recordings and analyzed the language. The SJSU team provided fieldwork training and long-distance collaboration and support.

We dedicate these pages to them with gratitude and friendship.