Founded in 1973 as the Steinbeck Research Center, the Center is now the largest Steinbeck archive in the world. In 1997, the Center was renamed the Martha Heasley Cox Center for Steinbeck Studies in honor of its founder, a professor of English at San Jose State. The Center is administered by the Director under the authority of the Dean of the College of Humanities and the Arts with consultation with an Advisory Board.

The Center for Steinbeck Studies is a non-circulating archive. Many of the items are unique, rare, or hard to replace. Materials may be used in our archive but no materials may be borrowed or removed from the Center.

Pencils, not pens, must be used in taking notes. Readers must not write upon, mark, or otherwise mishandle materials. Tracing is not allowed.

Readers are reminded that the right of access does not imply the right of publication. It is the responsibility of the reader to obtain permission from the holders of any copyrights or literary rights inherent in this Collection before publishing any material, including excerpts, from the Collection.

The Center houses over 40,000 items—manuscripts, original letters, inscribed first editions, secondary works, film memorabilia, films, cassettes, and over 1,400 photographs. Significant manuscript collections have been donated to the Center by Elaine Steinbeck, the author's widow; Sharon Brown Bacon, stepdaughter of Steinbeck's first wife Carol; and Marlene Brody, Steinbeck's secretary in Paris in 1954. Scholars, students, and members of the community are welcome to use the collection and view the changing displays in room 590 of the Dr. Martin Luther King, Jr. Library. 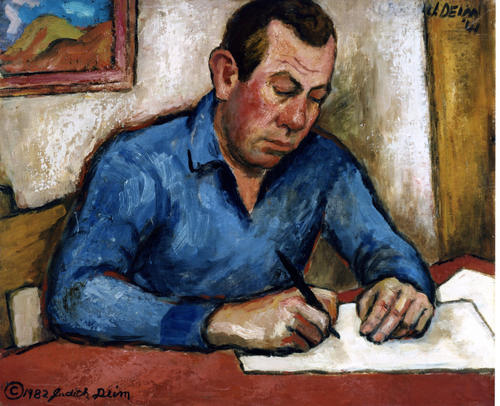 Painting by Judith Deim. This is the only known painting of Steinbeck at work, here writing Sea of Cortez in 1941. Note how Steinbeck is holding his pencil, an adaptation to the callouses he developed on his writing hand.

A History of the Steinbeck Center

In 1971, Professor Cox became the founder and first Director of the Steinbeck Research Center at San Jose State University, serving as director until 1982. She organized a very successful Steinbeck conference at SJSU, and in 1974 established the Steinbeck Research Center, now named the Martha Heasley Cox Center for Steinbeck Studies in her honor. After serving as one of five delegates from the United States and Canada invited to lecture and lead discussions at the 1975 International Steinbeck Conference held in Fukuoka, Japan, she was contacted, at the suggestion of Warren French (then President of the John Steinbeck Society of America), by Professor Matthew Bruccoli to compile a bibliography of Steinbeck for the Pittsburgh Series in Bibliography.

Dr. Cox, with the help of student assistant Ray L. Morrison, located and photocopied as many articles from journals and magazines as they could, beginning with the SJSU collection and then collections at Berkeley and Stanford. Professor Cox spent days at the Steinbeck collection in the Humanities Research Center at the University of Texas at Austin and made several trips to the New York Public Library, the Lincoln Center archives, and a Steinbeck scholar’s private collection. At Viking Press, Steinbeck’s publisher, she was able to go through several large cartons of Steinbeck materials and have copies made.

Professor Cox resigned as Director of the Steinbeck Center in 1982 but continued teaching, She organized the material collected for the bibliography and hired typists to put it all into manuscript form. Even though the bibliography was complete through Steinbeck's lifetime and up to 1979, she delayed publication until entries could be thoroughly checked and updated. After a hiatus of several years Professor Cox contacted Professor Paul Douglass, then in charge of the newly-endowed Steinbeck Fellowship Program which began in 2001 with funds donated by Professor Cox. She suggested that Greta Manville, another assistant and a graduate student at San Jose State, be offered a Steinbeck fellowship at SJSU if she would agree to return to the Center and work on the bibliography as her fellowship project. Ms. Manville began picking up the threads of the project in fall 2002. Originally planned to be published in book form, the goal changed to make the bibliography into an online searchable database accessible through the Center for Steinbeck Studies' Website. Ms. Manville worked independently to finish the compilation and in 2005 she presented the Center with the bibliography begun thirty years earlier by Professor Cox. The project came together in collaboration with Silicon Valley's (and SJSU's) own Julie Meloni, who volunteered many hours of her time and expertise in database programming. The bibliography is a free resource for Steinbeck researchers worldwide, provided by the Center for Steinbeck Studies in collaboration with the Associated Students of San Jose State University.

Steinbeck Aficionado, teacher, and collector Lee Richard (“Dick”) Hayman, began in the early 1960s to amassed a huge collection of Steinbeck-related materials that he generously donated to the Martha Heasley Cox Center for Steinbeck Studies in 2004, where it is available for researchers. 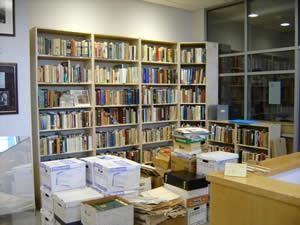 Hayman’s collection contains over 2000 primary and secondary books and numerous boxes and filing cabinet drawers filled with magazines, newspaper clippings, catalogs, playbills, pamphlets, posters, photographs, and audio-visual materials. Also of note are foreign editions in over 20 languages (from western European to Hebrew to Thai), biographies of Steinbeck’s family, taped interviews with those who knew Steinbeck in his younger years and related material on the Depression, the Dust Bowl, Migrant workers, and California. A permanent display dedicated to Mr. Hayman’s life and collection is mounted in the Center for Steinbeck Studies.

Professor Martha Cox was a scholar of twentieth-century American literature who authored several books and articles in professional periodicals and encyclopedias. Her textbooks on both literature and composition include fourteen editions of A Reading Approach to College Writing, a pioneering volume in its field. 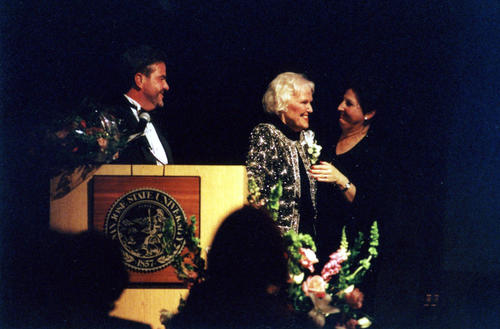 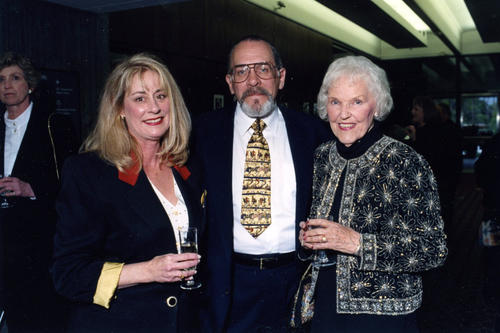 Professor Cox (right) with Gail and Thom Steinbeck at the Tower Award Ceremony. 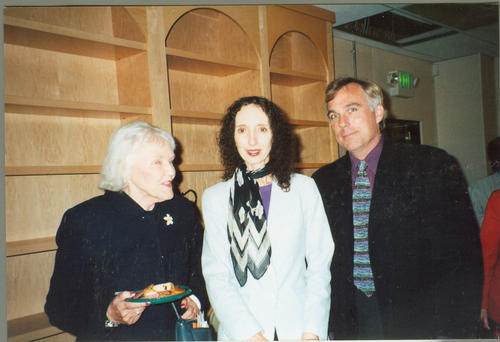 Dr. Cox served on the Board of Directors of the International Visual Literacy Conference, the National Steinbeck Center, the Cannery Row History Center, and on the Executive Committees of the National Conference on Visual Literacy and College Composition and Communication. Dr. Cox founded the Martha Heasley Cox Lecture series which brought many distinguished speakers to campus. She was also the founder of the Steinbeck Fellows Program, which offers a stipend and brings talented writers to SJSU for a year. 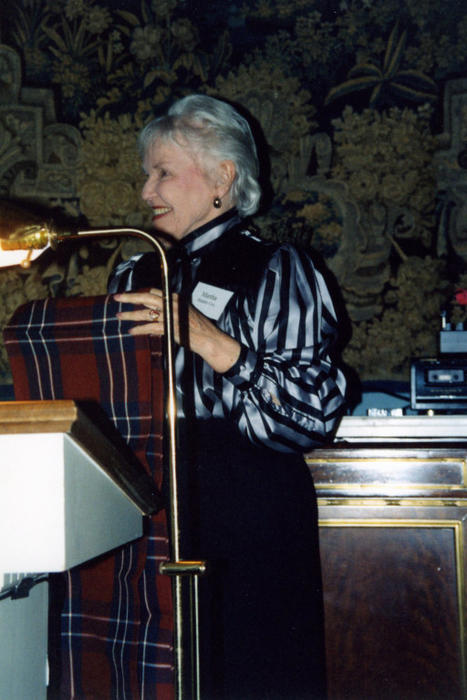 In 2000 she was given the Tower Award, SJSU's most prestigious honor, awarded to one recipient each year.

Publications by Dr. Cox include

Teacher's Manual for Image and Value: An Invitation to Literature. New York: Harcourt, 1967.

Student Guide to Image and Value: An Invitation to Literature. New York: Harcourt, 1966.

Image and Value: An Invitation to Literature. New York: Harcourt, 1966.