The Steinbeck Fellows Program of San José State University was endowed through the generosity of Martha Heasley Cox. It offers writers of any age and background a $15,000 fellowship to finish a significant writing project. Named in honor of author John Steinbeck, the program is guided by his lifetime of work in literature, the media, and environmental activism.

Fellowships are currently offered in Creative Writing (excluding poetry) and Steinbeck Studies. Fellows may be appointed in many fields, including literary scholarship, fiction, drama, education, science and the media.

The Center also supports up to six exceptional incoming students in San José State's MFA/Creative Writing and MA/English programs with full in-state tuition for their first year of study. All applicants to the two programs are considered for these fellowships; there is no additional application. Visit our Graduate Steinbeck Fellows page to learn more.

The Steinbeck / Gentlemen of the Road Service Fellowship brings together a cohort of students from Stanford University and San José State University to complete a summer of community service in Steinbeck Country. The Fellowship is funded by “Gentlemen of the Road,” the community engagement organization of the folk-rock band Mumford & Sons, from the proceeds of a concert the band played at Stanford University in September 2019 upon receiving the John Steinbeck Award. The Fellowship is open to students from any race, color, religion or creed, national origin or ancestry, sex, gender identity, gender expression, sexual orientation, age, marital or domestic partner status, political affiliation, HIV or AIDS status, or disability. Fellows receive a stipend of $5,500, with an additional $2,200 possible depending on financial need. 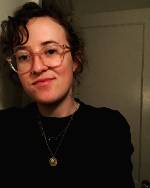 Vivian Ewing is a writer and journalist from Martha’s Vineyard, Massachusetts and an MFA candidate in Fiction at the University of Oregon. She has reported for The New York Times and her fiction has appeared in or is forthcoming from Teeth Magazine, Papersafe Magazine and elsewhere. Vivian's work has received support from Mary Sky, the Andy Warhol Foundation and the Community of Writers Conference at Squaw Valley. She is currently writing a novel about motherhood. 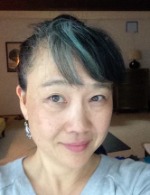 Amanda Mei Kim writes about the way that cultural power, racism, nature, and capitalism weave through the lives of rural Californians of color. She is the recipient of the Marion Weber Healing Arts Fellowship, the California Arts Council Emerging Artist Fellowship, and the Phelan Award. She has completed residencies at Mesa Refuge, Yefe Nof, Hedgebrook, and the Fine Arts Work Center. Her work has appeared in Brick, LitHub, and PANK, and is forthcoming in an anthology of BIPOC women writers. Her professional work focuses on equity, agriculture, and narrative. She is writing a memoir about growing up on a tenant farm in California. 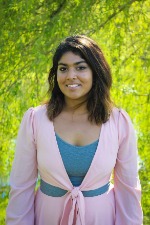 Meghana Mysore, from Portland, Oregon, holds a B.A. in English from Yale University and an M.F.A. in creative writing from Hollins University. Her writing has been or will be published in The Yale Review, The Rumpus, Indiana Review, Passages North, the Asian American Writers' Workshop, Roxane Gay's The Audacity, and the anthology A World Out of Reach (Yale University Press). Mysore is the recipient of fellowships and support from Bread Loaf, Tin House, and the Martha's Vineyard Institute of Creative Writing, where she won the second-place prize in prose in their annual contest. She is at work on a novel exploring loss, desire, and joy in three generations of an Indian American family, an excerpt of which is forthcoming from Pleiades. 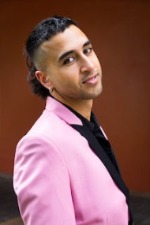 Bobuq Sayed is a queer Afghan-Australian writer with an MFA in Creative Writing from the University of Miami, where they were a James A. Michener Fellow. They have received fellowships from Lambda Literary, Tin House, Kundiman, and VONA/Voices, and their writing has appeared or is forthcoming in New Australian Fiction 2022, Gulf Coast, Collisions: Fictions of the Future, Meanjin, and The Rumpus. They are the co-editor of an anthology set for publication in mid-2022 called Nothing to Hide: Voices from Trans and Gender Diverse Australia (Allen and Unwin) and they are completing a novel about queer and trans exiles living in Istanbul, Turkey. 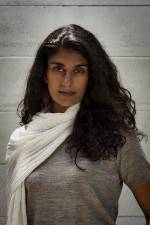 Reena Shah has been selected as a Tin House Scholar, a Sustainable Arts Foundation Fellow, Crossfields Fellow at Cuttyhunk, and a Fulbright scholar. Her work has appeared or is forthcoming in Electric Literature, Waxwing Magazine, Midnight Breakfast, BBC, Joyland Magazine, The Guardian, National Geographic, The American Prospect, Third Coast,Writer’s Digest, The Texas Review, Chalkbeat, and DNA India among others. Shah was the winner of the 2019 Third Coast Fiction prize and the 2019 Writer’s Digest Short Short Story Award. 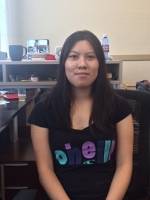 Annie Vy Trinh holds an MFA from the University of Kansas and an M.A from Mississippi State University. Her fiction has appeared in New Ohio Review, Joyland, Passages North, and several other venues as well as earned a Pushcart nomination and was selected as a finalist for a Best of the Net award in non-fiction. She has been supported by Kundiman, VONA, and Key West Literary Seminar. Trinh’s work centers on the Vietnamese Diaspora and is completing a short story collection.