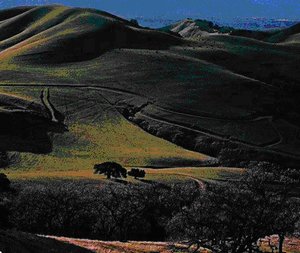 John Steinbeck is, at heart, a novelist of the California experience. Born in Salinas in 1902, he grew up in the fertile Salinas Valley, the "Salad Bowl of the Nation," as it was later called. That sharply beautiful and expansive landscape, where Steinbeck spent hours as a boy roaming the hills, shaped Steinbeck's creative vision. But the small town of Salinas, populated by energetic and enterprising Westerners, circumscribed the restless and rebellious young man, who had decided at age 14 that he wished to be a writer. To please his parents, he enrolled at Stanford University in 1919; to please himself he signed on only for those courses that interested him—literature, creative writing, and a smattering of science. Without taking a degree, he left in 1925, tried his fortunes in New York City, and then returned to his native state in order to find leisure to perfect his craft. He found both the time to write and, at length, a wife during a two-year period as a caretaker for a Lake Tahoe estate. He and his new wife Carol, a San Jose native, settled in the Steinbeck family's summer home in Pacific Grove, she to search for jobs to support them, he to continue writing. The year was 1930.

Many claim that the decade of the 1930s saw Steinbeck's greatest works, from the early stories collected in The Long Valley(1938), to his recognized masterpieces: Tortilla Flat (1935), In Dubious Battle (1936), Of Mice and Men (1937) and The Grapes of Wrath (1939). Each book is defined by Steinbeck's goal to see events free of interpretation and by his sensitivity to misfits, striking workers, a lonely ranch wife, paisanos, migrants who sought prosperity in the golden land. Early in the 1930s he wrote: "the trees and the muscled mountains are the world—but not the world apart from man—the world and man—the one inseparable unit man and his environment. Why they should ever have been understood as being separate I do not know." Steinbeck's California fiction, from apprenticeship novel, To a God Unknown (1932) through his epic treatment of the Salinas Valley, East of Eden (1952)—written after his move to New York City—envisions the dreams and defeats of people as shaped by the land they inhabit.

Steinbeck gradually lost his compelling need to write about California's land and people when he moved east, first in 1942 after separating from Carol, his first wife; and finally in 1950, when he married Elaine Scott, his third wife. In the latter decades of his life, Steinbeck traveled extensively around the world, always writing. Though he wrote about California only incidentally after East of Eden was released, place continued to play an important role in his work, such as in Travels with Charley and America and Americans.

The map below depicts major places mentioned by Steinbeck in his California fiction. To look at more maps of Steinbeck Country, explore the Steinbeck in the School's Geographical Context Pages! 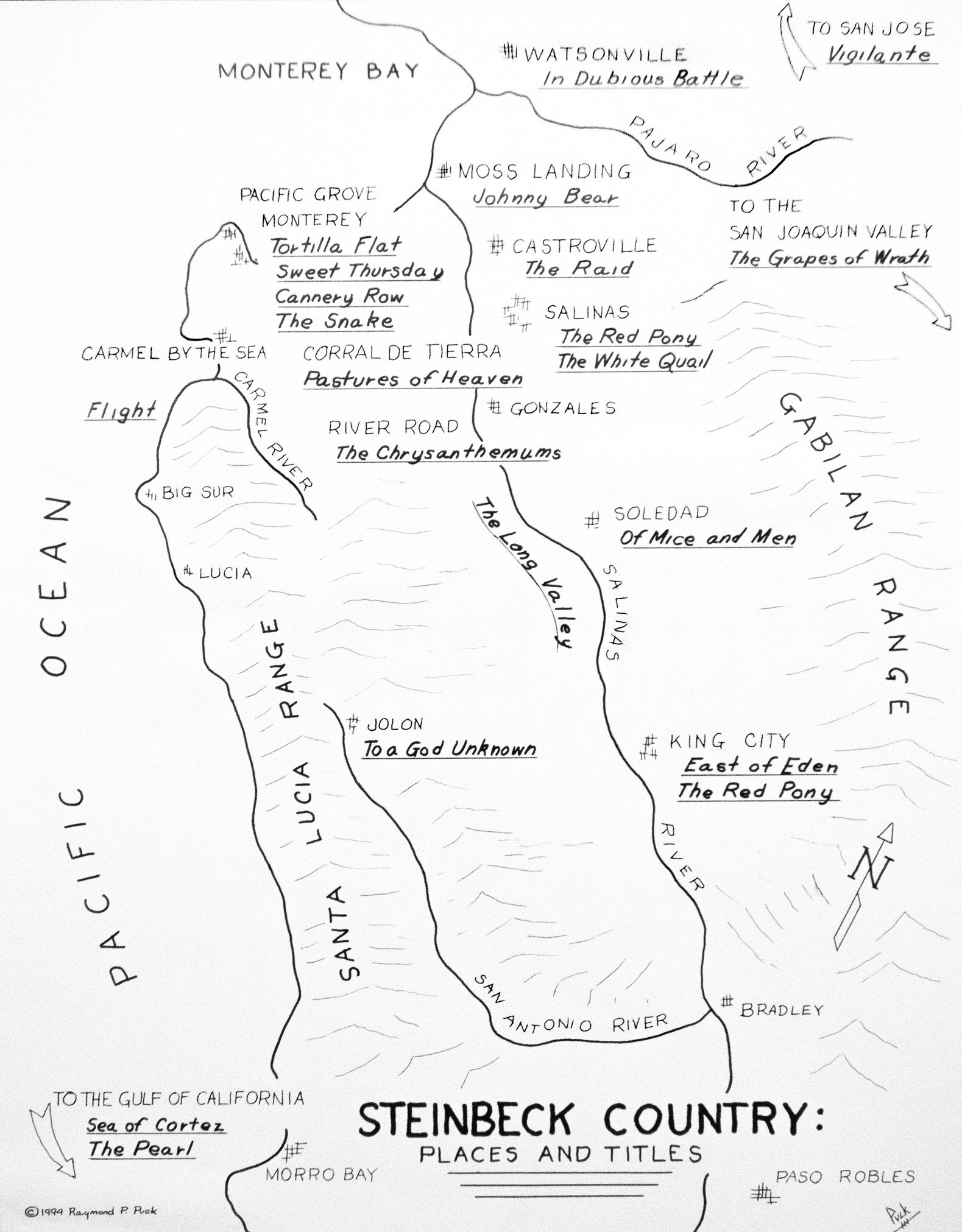 Dr. Martha Heasley Cox, the former director of the Steinbeck Research Center at San Jose State University, traces the places that Steinbeck used in his writing in her essay "In Search of John Steinbeck: The People and His Land," San Jose Studies, 1.3 (1975): 40-60.