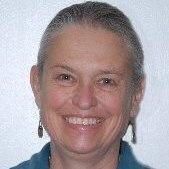 Dr. Anderson's interests include traditional Japanese culture, ethnohistory, nutritional anthropology, religion and ritual, culture change, the aesthetics and technology of Japanese ceramics, and the anthropology of art. Her interests, particularly in food and culture, have led her to travel widely in Asia. She has conducted research in Taiwan, Mongolia, and Japan. Dr. Anderson has been studying Japanese tea ritual for more than twenty years. She has been awarded the rank of assistant professor at Urasenke, a four hundred year old tea lineage headquartered in Kyoto, Japan. She teaches “The Way of Tea” weekly and enjoys making traditional Japanese sweets and ceramics for use in tea ceremonies.

If this office is closed, for immediate assistance please go to the College of Social Sciences Dean’s office.
Room: WSQ 103