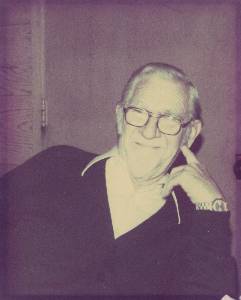 Phyllis B. Dolloff and her son, David Dolloff, established this fund in memory of her late husband and his father, Norman H. Dolloff, who was a professor in the Geology Department at San José State University from 1946 until he officially retired in 1973. During that time he contributed outstanding leadership as the department chair. Friends, relatives, and former colleagues of Dr. Dolloff contributed to the initial fund and have helped to maintain it.

The purpose of the fund is to provide a scholarship to one or more deserving geology majors at San José State University. The student may either be an undergraduate or graduate student who, in the judgment of the faculty committee choosing the recipient, is likely to complete a B.A., B.S., or M.S. in Geology at the University with some degree of distinction.