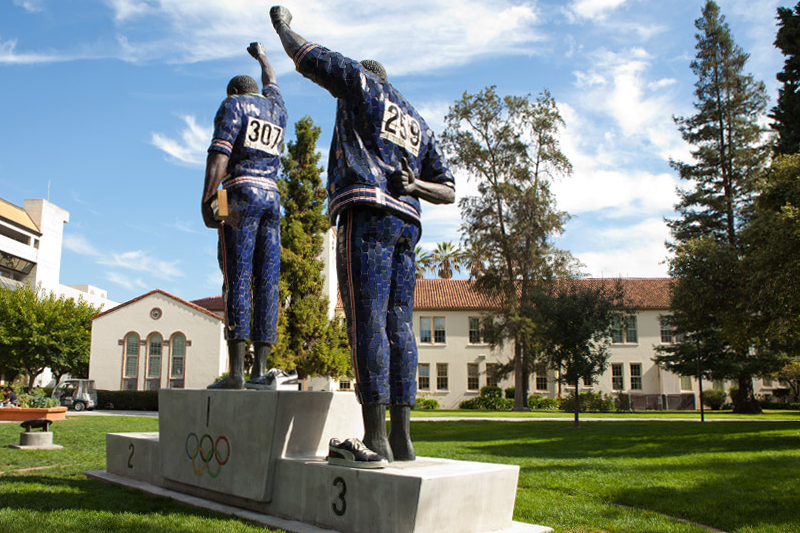 (KQED) When San Jose State University athletes Tommie Smith and John Carlos raised their fists at the 1968 Olympics Games, they made sports history and came to symbolize black power and protest in America. The two sprinters stand in a long line of SJSU sports pioneers, including Patty Sheehan, the first openly gay professional golfer, and Lee Evans, the track and field athlete who fought to exclude the apartheid state of Rhodesia from the 1972 Olympic Games. The University continues that legacy as it launches the Institute for the Study of Sport, Society and Social Change. We discuss the new institute and the role and impact of protest in sport.

Harry Edwards, co-founder, Institute for the Study of Sport, Society and Social Change at San Jose State; author, “The Revolt of the Black Athlete”