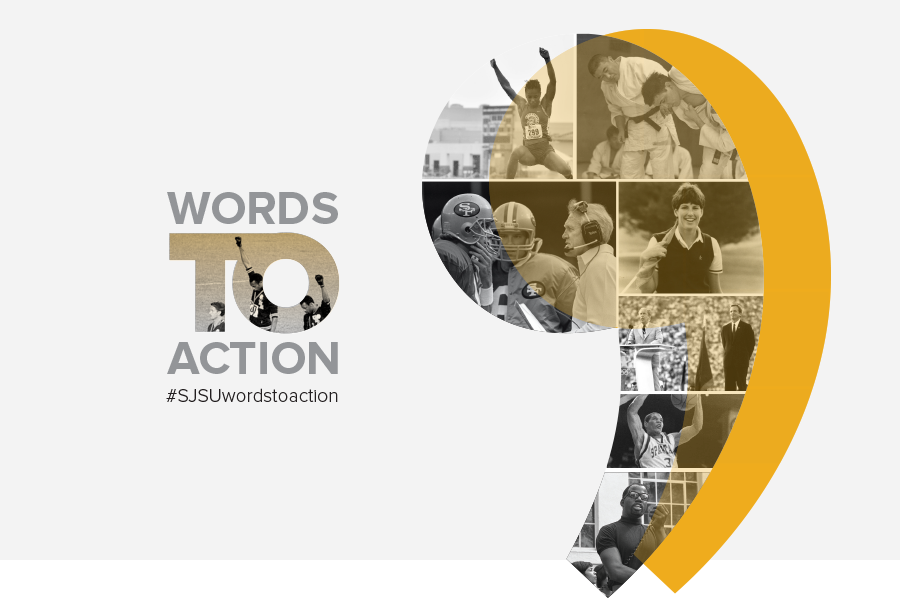 (ESPN, The Undefeated) What are we willing to die for in the age of Donald Trump?

This was the overarching question that repeatedly came to mind Tuesday afternoon as I listened to an impressive panel of journalists, former and current athletes celebrate the launch of the Institute for the Study of Sport, Society and Social Change at San Jose State University.

The Institute is the creation of Harry Edwards, professor emeritus at the university and a renowned sociologist who is most associated with the study of political activism in sports beginning in the late 1960s.

A nearly full house at the Hammer Theatre heard a fascinating array of perspectives, from Jim Brown explaining why he met with then-President-elect Donald Trump, Chris Webber discussing the exploitation of young athletes, Kareem Abdul-Jabbar calling for economic cooperation among athletes, and Takeo Spikes and Anquan Boldin explaining why they played the violent game of football.

The overarching theme of the conference was Words to Power and what are we willing to risk.