SJSU Reflects on the History and Future of Athlete Activism 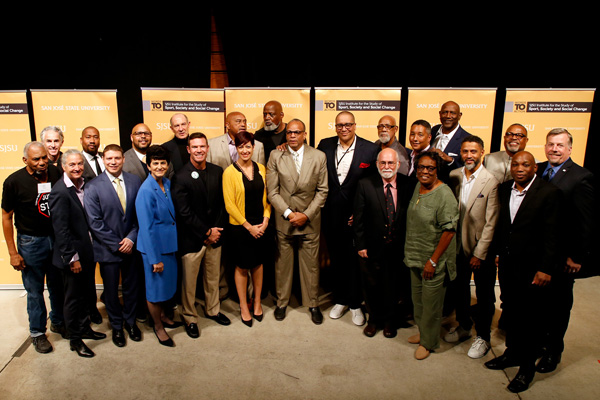 Olympians, athletes, scholars and journalists discussed how the history of athlete activism will influence future waves of social justice at San Jose State University’s Institute for the Study of Sport, Society and Social Change Words to Action: Landmarks and Legacy of Athlete Activism town hall on Oct. 17. 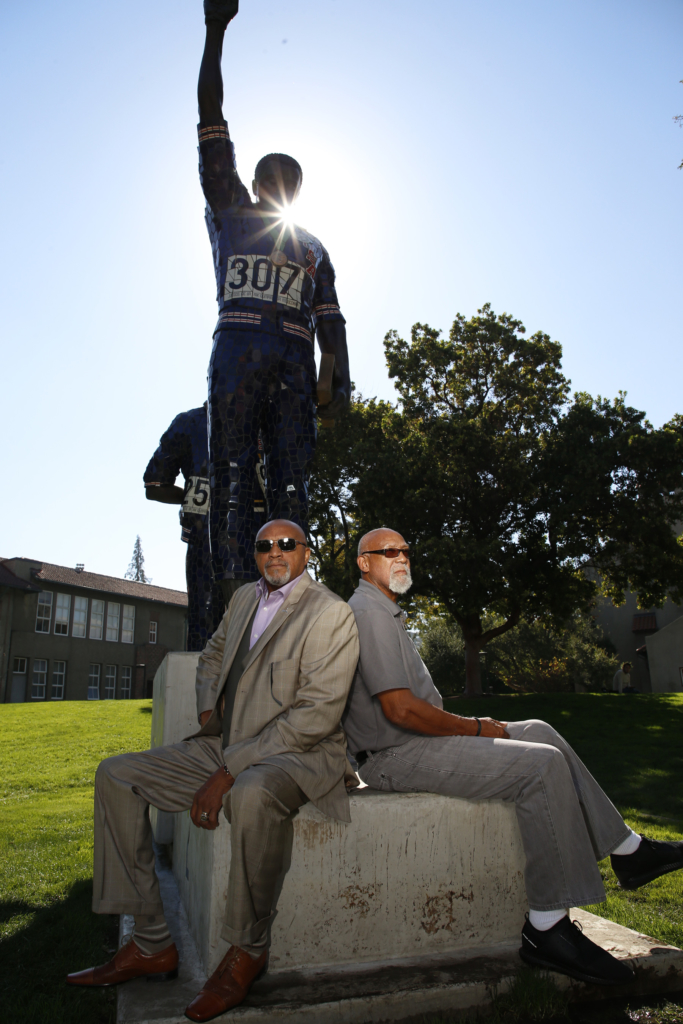 “Let’s understand that this is all part of history,” said Harry Edwards, ’64 Sociology, ’16 Honorary Doctorate, founder with Ken Noel, ’66 BA, ’68 MA, Social Science, of the Olympic Project for Human Rights at SJSU. “Movements are in the DNA of American democracy … the Abolitionist Movement, the Women’s Suffragist Movement, the Civil Rights Movement … They are all an expression of a more perfect union of ‘we the people.’”

During three sessions, panelists reflected on the history and future of athlete activism. This October marks the 50th anniversary of the historic moment in athlete activism and SJSU history when Tommie Smith, ’69 Social Science, ’05 Honorary Doctorate, and John Carlos, ’05 Honorary Doctorate, raised their fists on the medal stand in Mexico City during the 1968 Olympics to protest racial inequality, drawing international attention to athlete activism and the core goals of the Olympic Project for Human Rights (OPHR).

“It was in the wake of assassinations, of cities burning … you need to understand that to understand the depth of their commitment,” Edwards said. “These two men, along with Lee Evans, are among the most courageous men I have had the privilege of being associated with and working with.”

Smith said he felt a charge to use his talent and access to the world stage to do something for black students in San Jose and around the world.

“I was asked to be part of OPHR, to dedicate some part of my running to better America,” Smith said.

Carlos shared the sentiment, adding that their purpose was to bring awareness to social issues.

“We were like a roadmap—a new paradigm,” Carlos said. “Like with Kaepernick, people said we were anti-flag, anti-military. We wore black gloves because it was the first year the Olympics were televised in color. America had pushed black people down and we were always substandard citizens.”

Wyomia Tyus, the first person to win consecutive Olympic gold medals in the 100-meter dash, was in the stadium the day of Smith and Carlos’ victory stand.

“I can remember it so vividly,” she said. “I remember thinking, ‘What are those guys doing? What is going on at the victory stand?’ The stadium got very quiet, then there was booing and cheering. I started thinking, ‘I hope nothing happens to them.’”

Carlos reflected on the influence of his and Smith’s actions 50 years later.

“Once you make a statement, if you live or die, they can’t take the statement away,” he said.

Bridging the Gap: Perspectives on Athlete Activism in an Era of Growth

Bill Rhoden, an award-winning sports journalist, moderated the second panel, Bridging the Gap: Perspectives on Athlete Activism in an Era of Growth.

Long before former San Francisco 49er Colin Kaepernick ignited controversy by sitting, and then kneeling, during the national anthem, in 1996 then-Denver Nuggets NBA player Mahmoud Abdul-Rauf sat out the anthem during a game as he felt it conflicted with his Muslim religion. He was suspended from a game for his actions.

“People have a sense that there is a separation of politics and sports,” Abdul-Rauf said. “But if you stand for a flag, that has a political meaning of its own.”

“What is the ad selling?” she asked, invoking a 1970 Gil Scott-Heron song. “The revolution will not be televised. It is not selling activism. It is selling inspiration … If activism becomes profitable, is it still the message that we started out with?” 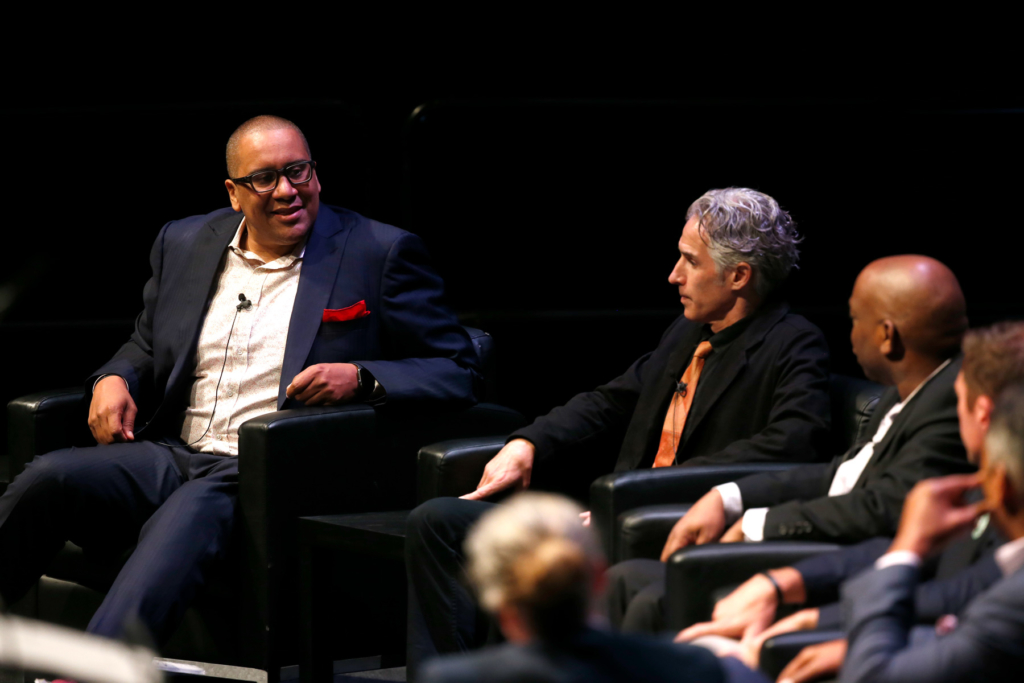 During the final panel on The Kaepernick Era journalists and scholars discussed the role of media in the latest wave of athlete activism.

“We have Colin who makes this move that is important and historic,” said Howard Bryant, senior writer for ESPN The Magazine and ESPN.com. “But more important is the reaction to him on both sides and the way so many players decided not to react.”

Nate Boyer, a former active duty Green Beret and former professional football player with the Seattle Seahawks, had his own view on Kaepernick’s actions. Boyer is credited with encouraging Kaepernick to kneel, rather than sit, during the anthem.

“The flag is a beacon of hope,” he said. “I don’t think it’s an oppressive symbol. We need to continue to fight oppression in this country. It’s got to be with people like Colin Kaepernick to take that lead, to be a voice but also to listen.”

SJSU alumnus and a senior writer for ESPN’s The Undefeated Marc Spears suggested diversifying newsrooms as a way to further conversations.

“That’s why Mr. Rhoden is such a legend,” said Spears, ’95 Journalism. “He is such a legend. I wanted to be him for so long. There needs to be more Mr. Rhodens and Ms. Rhodens. If there are any women out there that want to be sports journalists, we need those voices.”

The town hall was sponsored in part by the San Francisco 49ers, ESPN and Associated Students of SJSU.