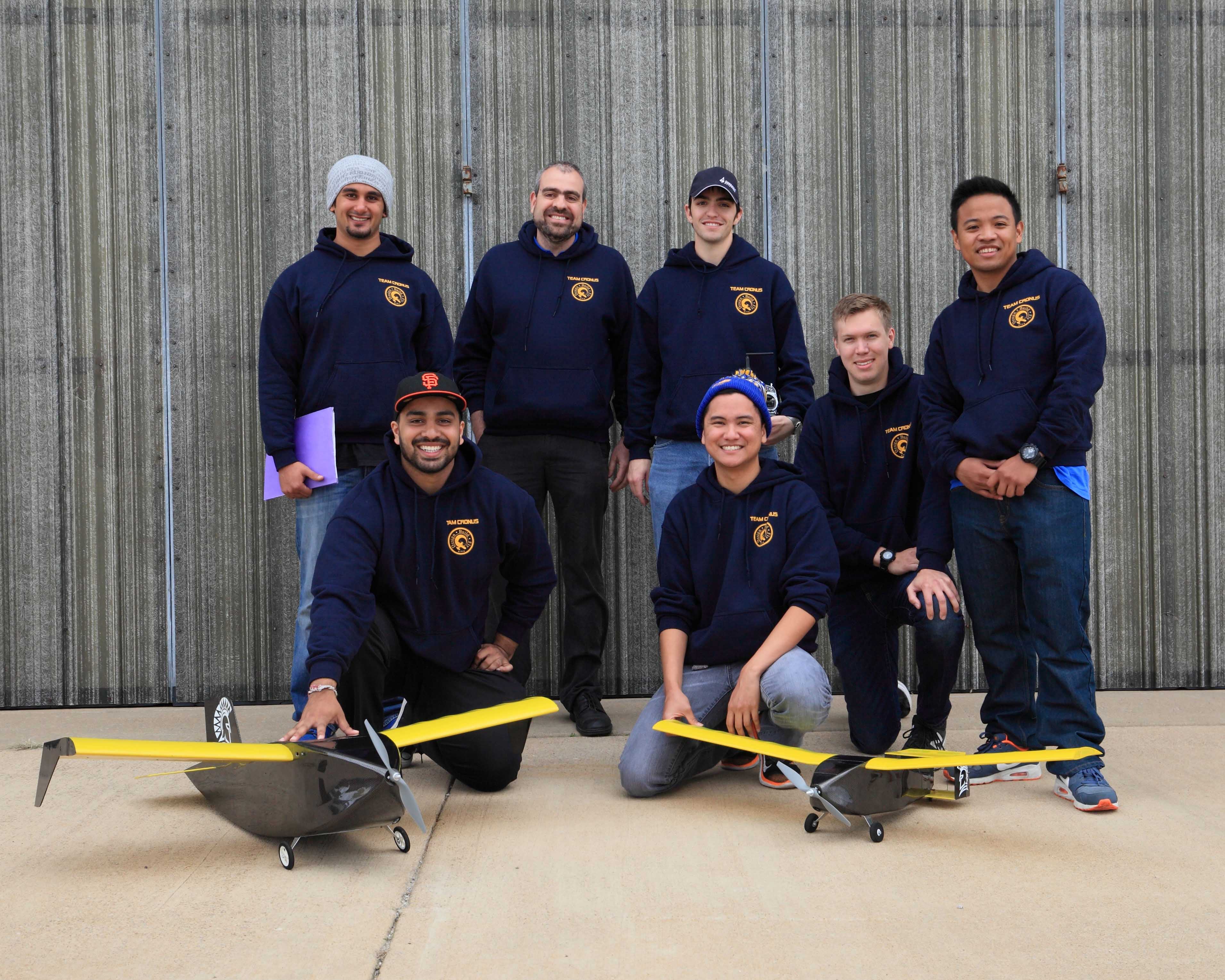 The 2016 DBF contest was dominated by a battle between four teams: Georgia Tech University, Heibei University, Universidad La Sapienza Roma, and San José State University. Other teams could only hope to win if any of these leading designs failed to complete one or more of their missions.

Georgia Tech had an early lead, having the best score in their engineering report and drawings. Their "Manufacturing Support" airplane was marginal on power, but very lightweight and was able to complete the unloaded mission just before the clock ran out with relatively favorable winds. Later on, that same airplane carried their "Production Airplane" all in one piece, with equally nail-biting aplomb. Their "Production Airplane" was very aggressive and failed to complete the last mission after 3 attempts, achieving partial scoring in their first and last attempt, having crashed (lightly) in their second chance. Their participation was thus concluded by mid-day Saturday, as the rules limit the number of attempts.

Both the Universidad La Sapienza Rome and Heibei University teams had extraordinarily minimalist and lightweight designs, particularly the Heibei Team. Their "Manufacturing Support" airplanes were light but surprisingly agile. The Heibei Team, however, had difficulty handling the runway length challenge with both of their airplanes, leading to minor incidents of early tip stalls with the runway. There would be no time for Heibei to repair their mangled airplane, though not for lack of effort. That left the Universidad La Sapienza Rome and the Georgia Tech teams with an opportunity to overtake the Spartans. Their "Manufacturing Airplane" had completed all required missions, but their "Production Airplane" failed to become airborne owing to power issues. On their last flight, about an hour before the contest ended, the Universidad La Sapienza Rome Team appeared to have modified their power system to improve the takeoff performance of their "Production Airplane." The airplane took off confidently and began its climb to a potential victory when it lost power and descended at high speed on a shallow bank, crashing to the ground.

SJSU's winning design was the most conservative in terms of power and wing sizing, and an impeccable show of performance was required. The SJSU team won through the right mix of aggressive design, good execution, and a little luck. It is worth highlighting that the SJSU plane flew during the worst of the gale, with winds reported as 20-30 knots 30-40 degrees off runway centerline. SJSU's planes were stable and controllable in all flights and finished all missions on the first try. A nice showing indeed!

This description of the 2016 AIAA DBF Competition was brought to you by Prof. Mendoza.