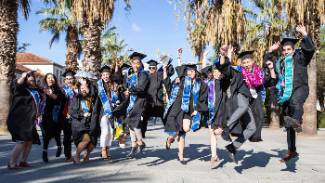 San José State University ranks No. 1 in Money’s Most Transformative Colleges list out of 700 universities in the United States for 2020. Money magazine determines these rankings based on over 20,000 data points with the following factors: tuition fees, familiy borrowing, and career earnings. With a previous score of 124, SJSU now has an astounding overall ranking of 24, along with other incredible data, landing SJSU the #1 spot in Money magazines ranking list! With the circumstances 2020 has brought upon the SJSU community, SJSU continues to provide access to quality education to many students and famillies facing financial burdens. To learn more, visit SJSU ranked #1 "Most Transformative College" in the Nation by Money and also check out other SJSU rankings. 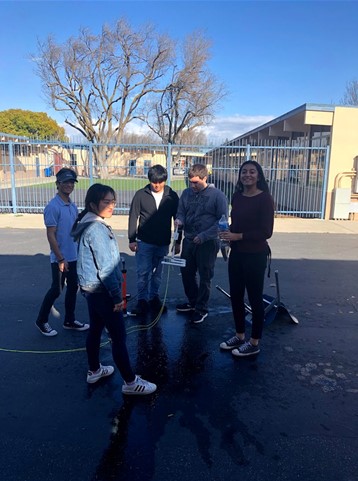 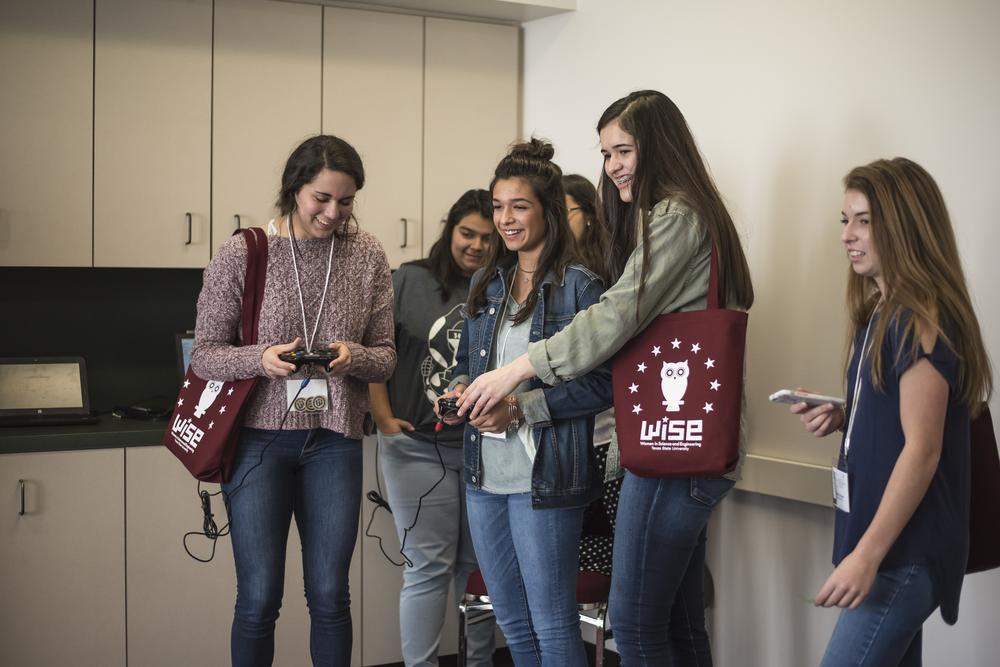 AE alumna Ali Guarneros-Luna featured in 2019 WiSE Conference Highlights.  The Women in Science and Engineering (WiSE) Conference is an annual event hosted by Texas State University’s College of Science and Engineering that aims to encourage women to pursue STEM as an exciting and fulfilling educational and career choice. This year’s conference on March 8 will feature Sarah Evans as the keynote speaker and Ali Guarneros Luna as the plenary speaker. Find out more information. 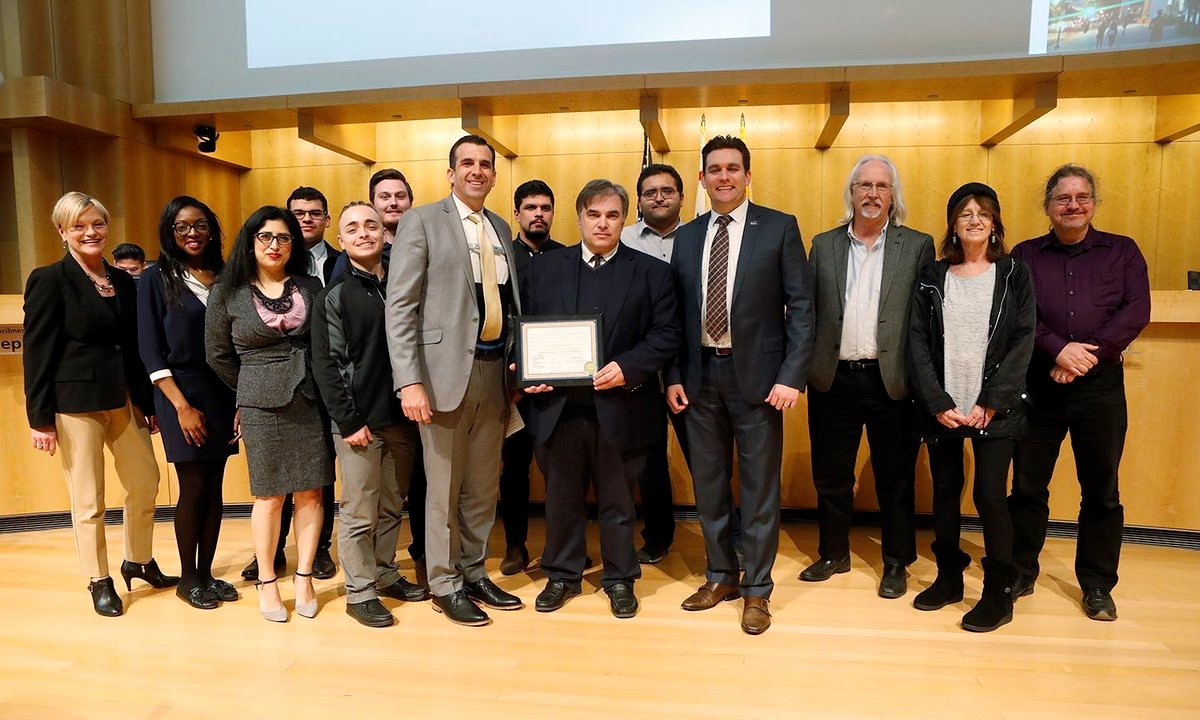 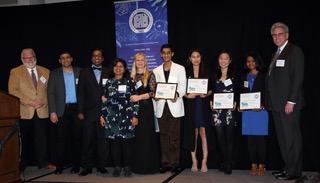 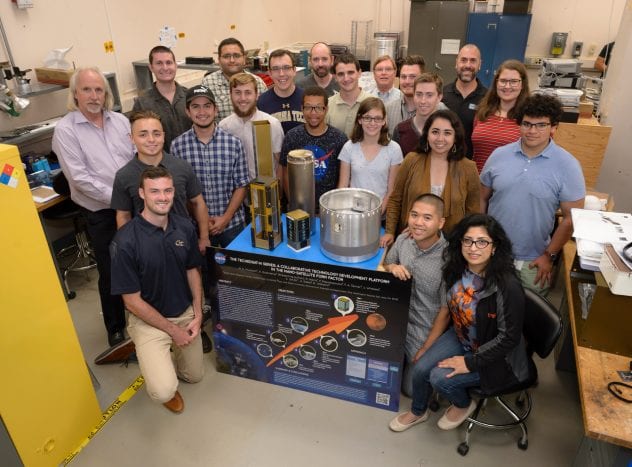 SJSU Aerospace Engineering alumni and current Aerospace Engineering students along side with Dr. Periklis Papadopoulos launched a technology education satellite after countless days and nights of diligent work. The successful launch from the International Space Station marked the beginning of a wave of research and information that the satellite is to provide. More information about the achievement can be found on SJSU Newsroom. 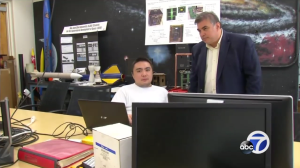 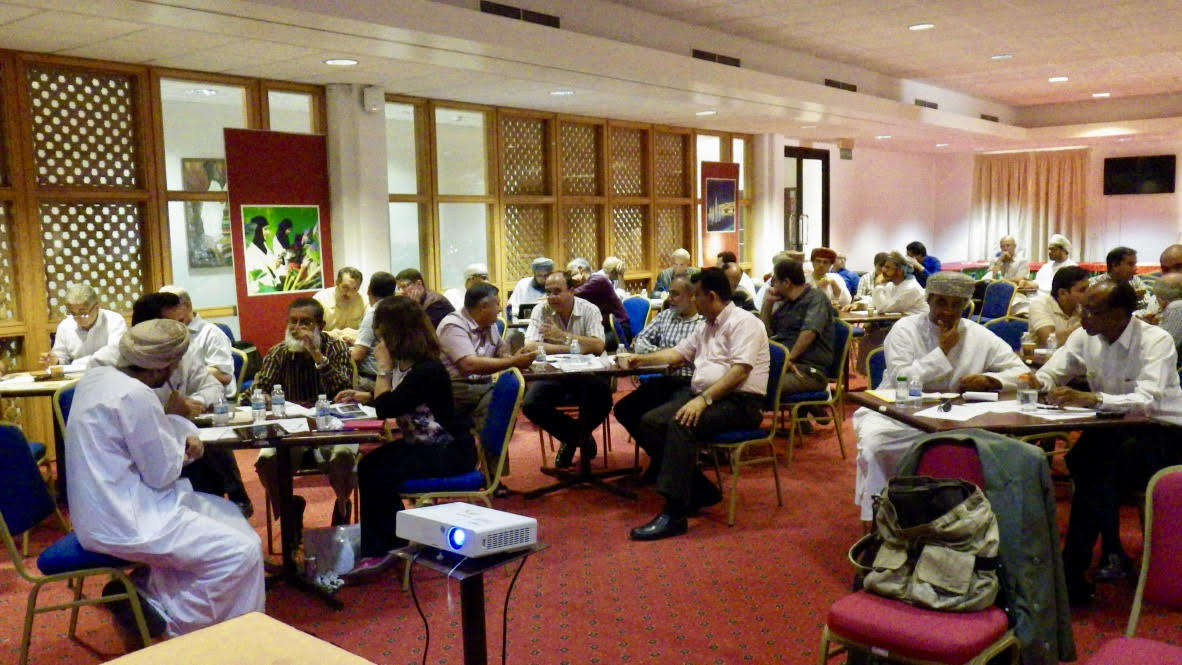 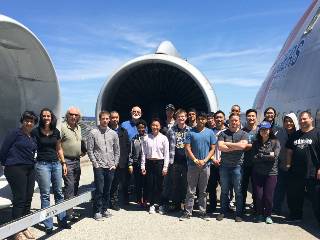 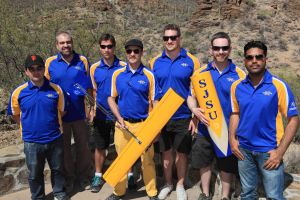 Special thanks to superhero Professor Mendoza for making SJSU AE a top contender in DBF for  many years and guiding this year's seniors to  another successful finish! 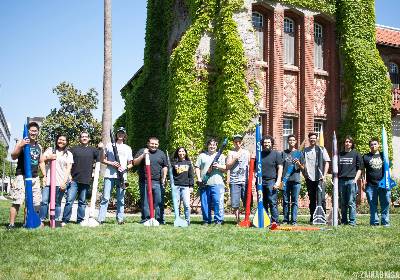 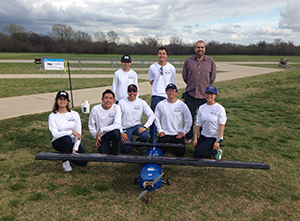 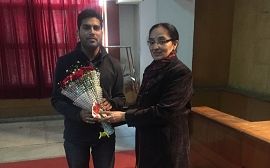 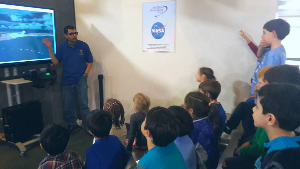 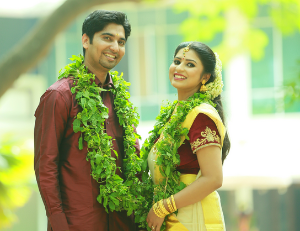 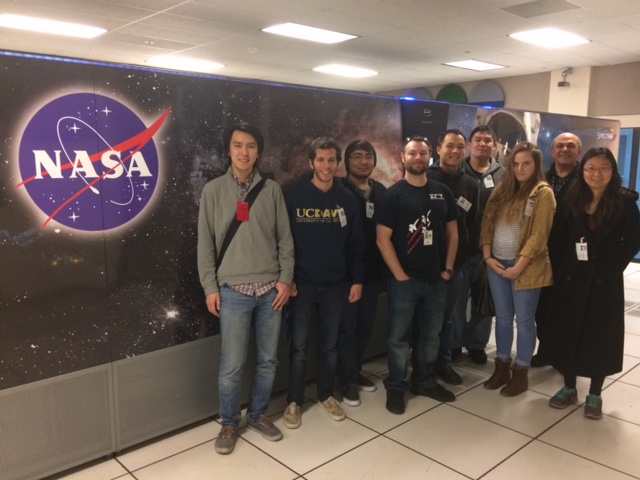 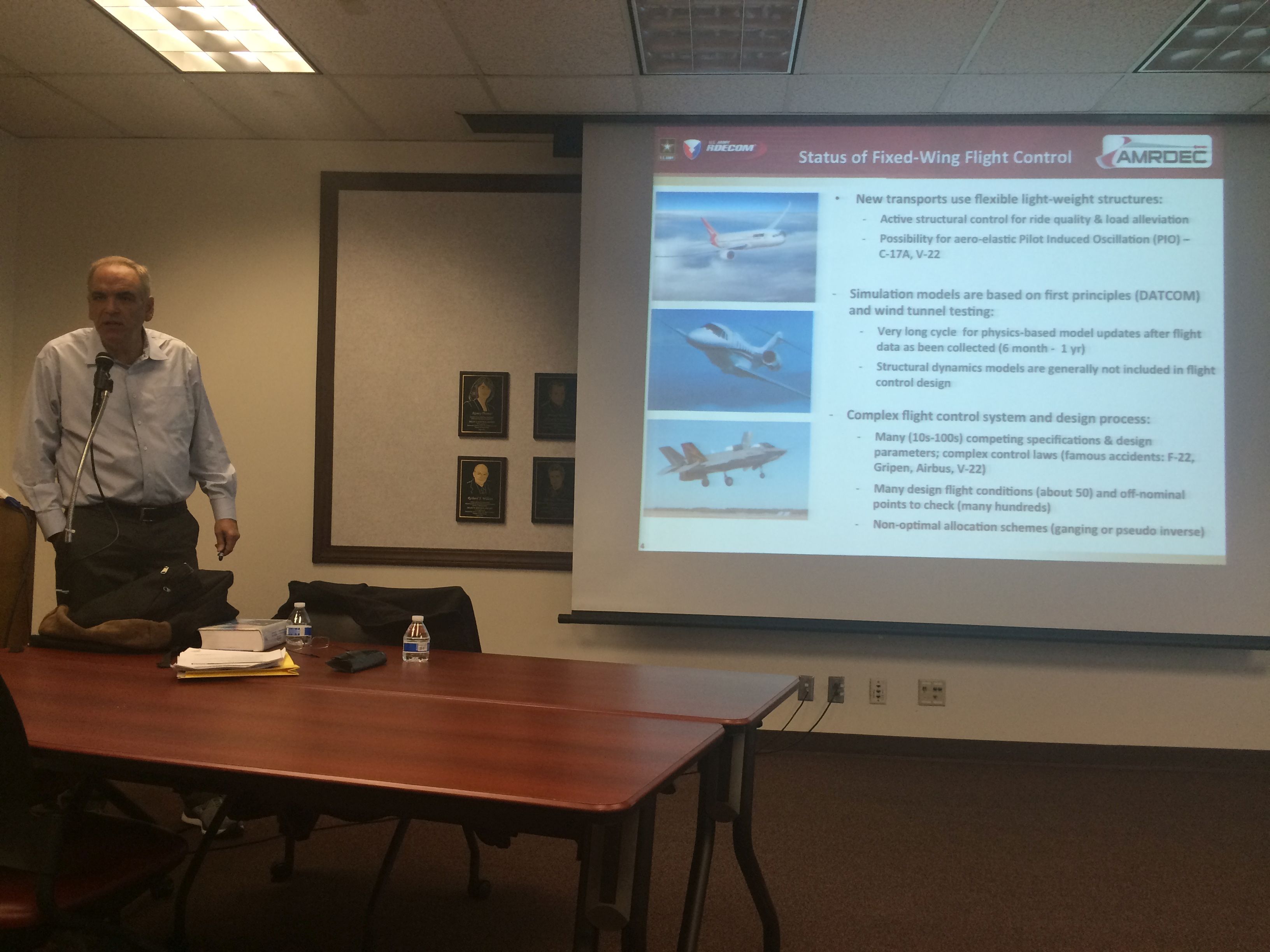 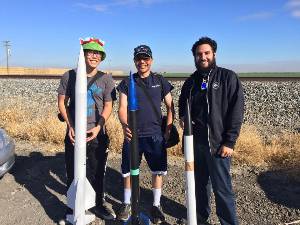 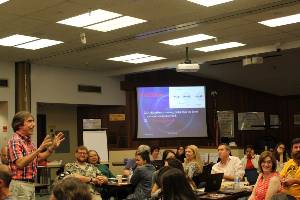 Senior Roberto Rosila participates in the 10,000-mile Mongol Rally for charity in Ulaanbaatar, Mongolia in a 1970 classic Mini Cooper. 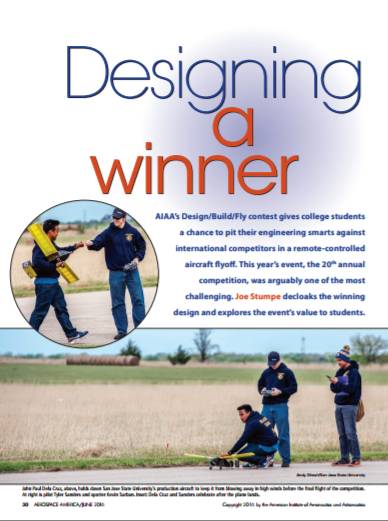 Aerospace America [pdf], a publication of the American Institute of Aeronautics and Astronautics featured SJSU's Design-Build-Fly team Cronus in their June 2016 edition, distinguishing SJSU as a "perennial top contender".  SJSU has taken first place in the competition multiple times, against top aerospace engineering schools around the world.

Professor Mendoza featured on Wichita Eagle for his role in coaching SJSU's Team Cronus to a first place win in the AIAA 2016 Design-Build-Fly Competition. 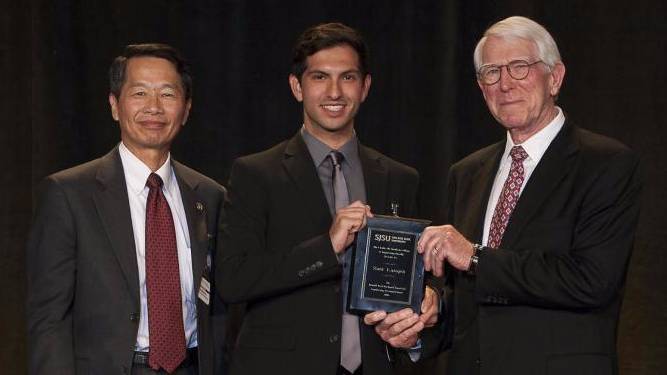 Zaid is the founder, president, and team lead of Spartan Imagineering. He formed the team to compete in the Disney Imaginations competition [pdf]. His team developed a clean and energy efficient overhead monorail system for the city of Toronto that ran on steam power. Their project made it to the finals of the competition. 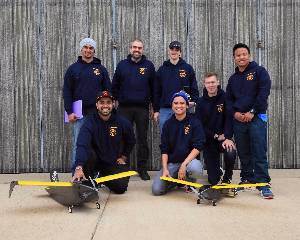 Professor Soukeras is elected Chairman of the Board of the Hellenic Aviation Society. 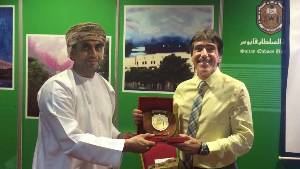 Following a successful workshop at the World Engineering Education Forum in Dubai in December 2014, Dr. Mourtos was invited to deliver a three-day workshop on Engineering Course Design at Sultan Qaboos University in Oman. Over 100 engineering faculty and administrators participated in the workshop.