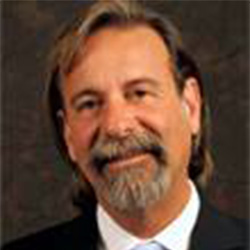 Spring 2023 Office Hours: Mondays/Wednesdays before or after class or by appointment.

Joseph Di Salvo was elected to the Santa Clara County Board of Education in 2008 and was re-elected in 2012 and 2016, serving as Board President in 2010 and 2011. He has come full circle at the Santa Clara County Office of Education, having begun his 33-year career in education as a teacher at Osborne School in Juvenile Hall, an SCCOE school. He has been a teacher, director, elementary and middle school principal in the county and served as union president for Santa Clara County teachers. He also served for three years as a personnel commissioner for the SCCOE. In 2001, he was recognized as the Association of California School Administrators (ACSA) Region 8 Administrator of the Year. He is in his eighth year as a mayoral-appointed citizen representative to the San José Arena Authority, currently serving the last year of his second term as chair.

Mr. Di Salvo has written many columns on education that have been widely published. He has worked as an adjunct professor at Santa Clara University and San José State University’s School of Education. A passionate supporter of public education, he particularly emphasizes increasing access to high quality early learning; expanding the offerings of civics courses to encourage young people to get involved in the democratic process and vote; bringing school district leaders and elected school board members together to collaborate and cooperate with charter school management; and encouraging a collective impact strategic plan.

A lifelong San José native, Mr. Di Salvo graduated from St. Joseph’s Grammar School and Bellarmine College Preparatory School before attending San José State University, where he earned an undergraduate degree and a master’s degree in education. His wife, Chris, is a professor of public relations at San José State University and owns her own public relations business. They have one son, Zack, a product of the San José Unified School District and a Bellarmine graduate who earned his bachelor’s degree from UCLA and works in the financial sector.

Give to the Department of Justice Studies