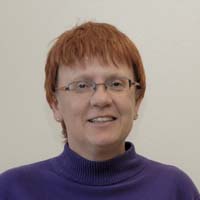 My research interests lie in the area of environmental microbiology and microbial diversity. Currently my laboratory is involved in two active research projects. The first project focuses on the isolation of bromination enzymes from bacteria in marine or high salt environments. We have isolated microorganisms capable of brominating organics from a salt evaporation pond as well as the slime of a marine invertebrate worm classified as an acorn worm. Our studies involve the identification of the bacteria by isolating and sequencing their 16SrRNA genes as well as the isolation and characterization of the bromination enzymes, which include bromoperoxidases. The second project focuses on the investigation of the microbial diversity in the soil of salt marshes in the process of natural restoration as well as the role of the denitrifying organisms in this process. We are using restriction fragment length polymorphism (RFLP) to begin to understand the diversity throughout the growing season. This technique involves the extraction of the total community DNA from the soil followed by the amplification of the bacterial 16SrRNA genes. The amplified genes are grouped into operational taxonomic units (OTUs) by restriction digests and representatives are sequenced. We are examining three marshes, which are in various restoration stages ranging from a mud flat to an almost completely restored wetland. Both projects require the isolation and quantification of DNA and protein using a highly sensitive method. This research will be greatly supported by the grant of fluorometer from Turner BioSystems.