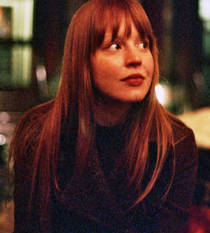 The Carolyn Reed Award was established in 1984 by The Theatre Arts Department and is given to the Best Actress.

Carolyn Reed was San José State’s finest actress while she was here in the late 1950’s and early 60’s. She displayed her brilliance in such diverse roles as Kate Hardcastle in She Stoops to Conquer, Margo Channing in All About Eve, Belissa in Garcia Lorca’s Love of Don Perlimplin, Mrs. Smith in Ionesco’s Bald Soprano, and particularly, her triumph as Juliet in Romeo and Juliet—a performance heralded by critics and public alike as "astonishing in its subtlety and power, a deeply moving theatrical experience, vastly surpassing any expectations on the professional stage, a Juliet to be compared favorably with the great ones of history."