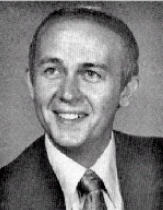 Professor Richard D. Parks comes to his subject with over forty-five years experience in the theatre arts as an actor, director, producer, playwright, scholar, and teacher. He was the co-founder in 1958, of SJSU’s “Storytellers”, the instructor off all six sections of Oral Interpretation at Stanford University in 1965-66, and the Voice and Diction professor in the Fine Arts program at the University of Washington in 1971-72. He holds membership in the American Association of University Professors, CETA, American College Theatre Festival, American Film Institute, Dramatists Guild, Authors League of America, and many other regional and local organizations.

The The Richard D. Parks Award was established by The Theatre Arts Department in 1989 after liquidation of funds in “The Players Club” account. It is given to the Outstanding Graduating Senior with the highest grade point average.