Dorthy Kaucher Award for Excellence in Oral Interpretation and Storytelling 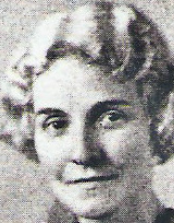 Dorothy Kaucher received her A.B, B.S., A.M., and B.J at the University of Missouri from 1915 to 1924. Professor Kaucher then went onto to earn her Ph. D from Cornell University in 1928. Dr. Kaucher was hired at San José State Teachers College in 1930 where she taught Oral Interpretation, Voice and Diction, and Public Speaking, until she retired in 1957.

Dr. Kaucher instructed and led San José State Teachers College Speech and Drama Department in the curricula appertaining to the courses of Oral Interpretation, Readers Theatre, and Radio Theatre and Announcing. The contest featured student Oral Interpretation performances of literary selections. The winner was awarded a cash prize. Upon her retirement in 1957 Professor Noreen La Barge Mitchell took the helm and not only added the craft of Storytelling to the Program but as well directed a Readers Theatre production each semester and continuted the Kaucher Contest. After a successful tenure, Professor Mitchell retired in the mid 1980s. Professor Richard Parks continued the program but a few years after his retirement, the contest floundered. Professor Beverly Swanson joined the Department in 1992 and resurrected the program, adding the art of Voice Over to the mix. Professor Swanson also resumed the contest for excellence in Oral Interpretation which now awards excellence in Storytelling as well. Most importantly Professor Swanson is responsible for the addition of the most deserved “Mitchell” to the name of the event which honors the student for excellence in Oral Interpretation and Storytelling and goes to the Kaucher-Mitchell contest winner.