The Lurie Author-in-Residence Program was established through the generosity of Connie and Robert Lurie in order to attract nationally and internationally known authors to a position officially called "Visiting Artist/Scholar" for a period of one or two semesters (depending upon funds and the availability of the author).

It is a teaching professorship entailing close contact with students and public appearances. The fund is a permanent endowment. Candidates are nominated and selected by a review committee appointed by the English Department Chair with the approval of the Dean. The distinguished visiting artist/scholar carries the title of "Lurie Professor."

Jean Guerrero is a columnist at the Los Angeles Times. She is the author of Hatemonger: Stephen Miller, Donald Trump and the White Nationalist Agenda. Her first book, Crux: A Cross-Border Memoir, won a PEN Literary Award and was named one of NPR’s Best Books of 2019. Her writing is featured in Vanity Fair, Politico, The Nation, Wired, The New York Times, The Washington Post, Best American Essays 2019 by Rebecca Solnit and more. She won the 2022 “Best Commentary” award from the Sacramento Press Club. While working at KPBS as an investigative border reporter, she won an Emmy, contributed to NPR, the PBS NewsHour and more. Months before Trump’s family separations captured national attention, her PBS reporting on the practice was cited by members of Congress. She started her career at the Wall Street Journal and Dow Jones Newswires as a foreign correspondent in Mexico and Central America. She was named one of the California Chicano News Media Association’s most influential Latina journalists. 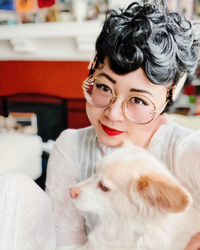 Esmé Weijun Wang published an essay collection, “The Collected Schizophrenias”, which became a New York Times bestseller. Esmé’s debut novel, “The Border of Paradise,” has received accolades from LitHub, NPR Books and the Chicago Review of Books. Esmé’s awards include the 2016 Graywolf Nonfiction Prize, the 2018 Whiting Award, the Northern California Book Award for Creative Nonfiction, Hopwood Award for Novel-in-Progress and a grant from the Elizabeth George Foundation. 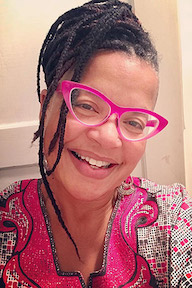 Faith Adiele has authored two memoirs: Meeting Faith, the PEN Award-winning account of becoming Thailand’s first black Buddhist nun, and The Nigerian Nordic Girl’s Guide to Lady Problems. She is writer/narrator/subject of the PBS documentary My Journey Home and co-editor of Coming of Age Around the World: A Multicultural Anthology. One of Marie Claire magazine’s “5 Women to Learn From,” Faith teaches at California College of the Arts, Stonecoast, the Writers’ Grotto and Left Margin Lit. She lives in Oakland, where she is founder of African Book Club and the nation’s only writing workshop for travelers of color through VONA/Voices. 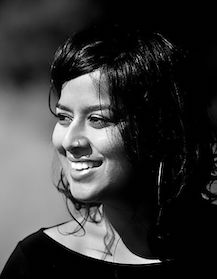 Nayomi Munaweera was born in Sri Lanka. She grew up in Nigeria, and immigrated to Los Angeles in the early 80s. She is the award-winning author of the novels, Island of a Thousand Mirrors and What Lies Between Us.

Munaweera earned her B.A. in Literature and M.A. in South Asian Literature from U.C. Riverside. She is an alumni of VONA, Voices of Our Ancestors Writing Workshop and the Squaw Valley Community of Writers. She teaches at Mills College and at the Ashland University low-residency MFA Program. She holds writing workshops in Sri Lanka through a program called Write to Reconcile in which she co-teaches with legendary Sri Lankan writer, Shyam Selvadurai. Their aim is to use creative writing as a tool of reconciliation and healing for both Tamil and Sinhala survivors of the civil war. Visit Medium to read about Nayomi Munaweera and her work. 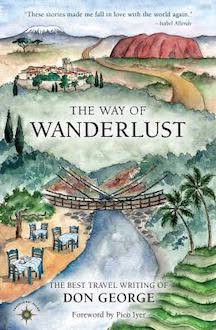 National Geographic has called Don George “a legendary travel writer and editor.” Don’s new book is The Way of Wanderlust: The Best Travel Writing of Don George. He also wrote the book on travel writing, Lonely Planet’s Guide to Travel Writing, which is the bestselling travel writing guide in the world. In addition, Don has edited ten award-winning literary travel anthologies, including An Innocent Abroad, Better Than Fiction, and The Kindness of Strangers. Don has been Travel Editor at the San Francisco Chronicle, founder and editor of Salon.com’s Wanderlust travel site, and Global Travel Editor for Lonely Planet. He is currently the editor at large for National Geographic Traveler, special features editor for BBC Travel, and editor of Geographic Expedition’s literary blog, Wanderlust: Literary Journeys for the Discerning Traveler. 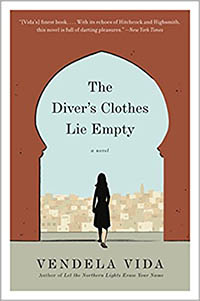 Vendela Vida is the author of five books, including Girls on the Verge, a nonfiction exploration of how young women from a myriad of cultures come of age in modern America; And Now You Can Go, which The New York Review of Books describes as “a thriller about how we love and how we forgive and when and how we have to choose to do so”; and finally, Let the Northern Lights Erase Your Name, a 2007 New York Times Notable Book of the Year that evokes a culture on the cusp of extinction. Her most recent novel, The Diver’s Clothes Lie Empty, recounts a tale that investigates the frailty of identity. 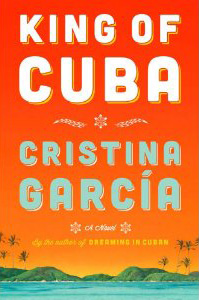 Cristina García is the author of six novels, including: Dreaming in Cuban, The Agüero Sisters, Monkey Hunting, A Handbook to Luck, and The Lady Matador’s Hotel. García has edited two anthologies, Cubanísimo: The Vintage Book of Contemporary Cuban Literature and Bordering Fires: The Vintage Book of Contemporary Mexican and Chicano/a Literature. Two works for young readers, The Dog Who Loved the Moon, and I Wanna Be Your Shoebox were published in 2008 and a young adult novel, Dreams of Significant Girls, in 2011. A collection of poetry, The Lesser Tragedy of Death, was published in 2010. 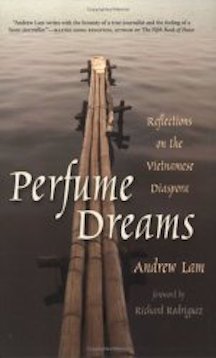 Andrew Lam is a senior editor and writer with New America Media, and is the author of two works of nonfiction: Perfume Dreams: Reflections on the Vietnamese Diaspora and East Eats West: Writing in Two Hemispheres. His latest book, Birds of Paradise Lost, a collection of short stories about Vietnamese-American newcomers struggling to remake their lives in the San Francisco Bay Area, was published in 2013. He frequently writes for the Huffington Post and has been a regular contributor to National Public Radio’s All Things Considered. In 2004 he was the subject for a segment of the PBS documentary film My Journey Home. In the documentary he returns to Vietnam and visits his mother’s ancestral village. 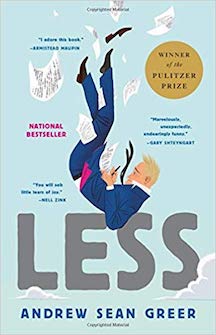 Andrew Sean Greer is the Pulitzer Prize winning author of six works of fiction, including the bestsellers The Confessions of Max Tivoli and Less. Greer has taught at a number of universities, including the Iowa Writers Workshop, been a TODAY show pick, a New York Public Library Cullman Center Fellow, a judge for the National Book Award, and a winner of the California Book Award and the New York Public Library Young Lions Award. He is the recipient of a NEA grant, a Guggenheim Fellowship, and the 2018 Pulitzer Prize for Fiction. 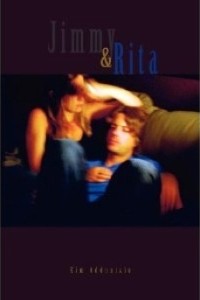 From her website's bio:
Kim Addonizio has been called “one of our nation’s most provocative and edgy poets.” Her latest books are Lucifer at the Starlite, a finalist for the Poets Prize and the Northern CA Book Award; and Ordinary Genius: A Guide for the Poet Within, both from W.W. Norton. Her novel-in-verse, Jimmy & Rita, was recently reissued by Stephen F. Austin State University Press. Kalima Press  published her Selected Poems in Arabic. Addonizio’s many honors include a Guggenheim Fellowship, two NEA Fellowships, and Pushcart Prizes for both poetry and the essay. Her collection Tell Me was a National Book Award Finalist. Other books include two novels from Simon & Schuster, Little Beauties and My Dreams Out in the Street. Addonizio offers private workshops in Oakland, California, and online, and often incorporates her love of blues harmonica into her readings. 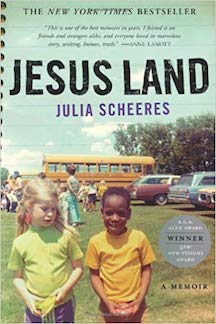 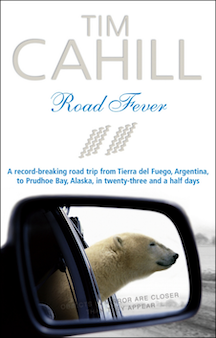 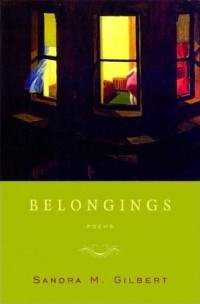 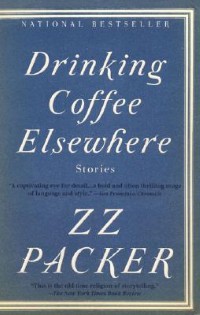 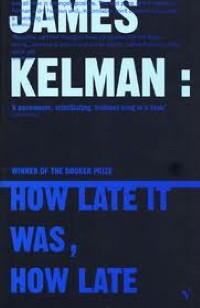 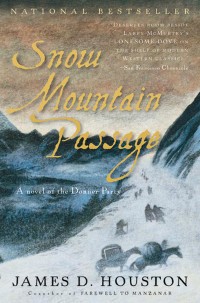 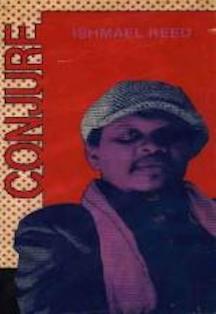 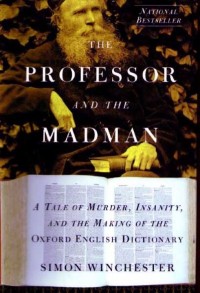 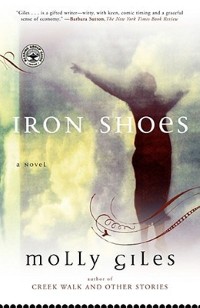 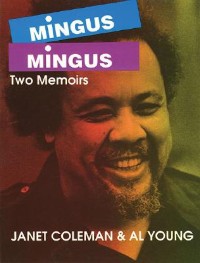 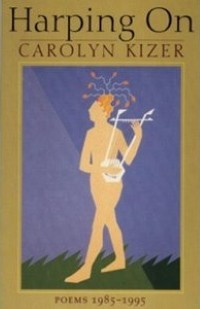 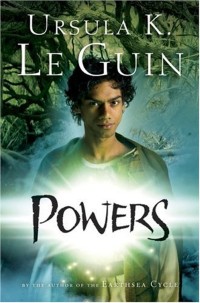 Give to the English Department