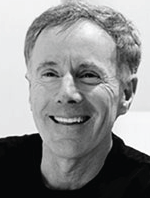 Gerard Furbershaw is a cofounder of LUNAR, a global design and engineering firm. As Vice President of Licensing and Investments, he is responsible for overseeing LUNAR’s royalty programs, product startups and its client stock holdings. In 2013 he played a key role in launching the Belle-V ice cream scoop on Kickstarter.

Over his three-decade career, Gerard has received recognition in numerous product design books and design competitions. He was selected as the University of Southern California (USC) School of Architecture’s 2012 Distinguished Alumnus and LUNAR received the 2014 Smithsonian Cooper-Hewitt National Design Award for Product Design.

He has served as President and Chairman of the Board of APDF, Chair of the San Francisco Chapter of Industrial Designers Society of America (IDSA) and a Trustee of the Design Foundation. He holds a Bachelor’s Degree in Architecture from USC and a Bachelor’s Degree in Industrial Design from San José State University. When not engaged in his responsibilities at LUNAR, Gerard can be found working out in the gym or pool in preparation for his winter season passion––cross-country skiing.