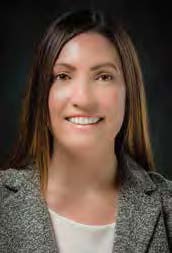 Kristen Cole, who was raised in Tehachapi, Calif., had no plans
when she graduated from high school. Her father told her she
could start college or start paying rent and she chose the first option, allowing her dad to sign her up at Bakersfield Community College and even pick her classes for her. It was an introduction to political science class that sparked Cole’s interest and soon she was in love with education. She spent three years at Bakersfield and then transferred to San Diego State to major in Communication Studies with the intent of teaching public speaking. “My dream was always to come back and teach in the Cal State system,” Cole says. With an M.A. from Colorado State University and a Ph.D. from The University of New Mexico, Cole is a new assistant professor in the Department of Communication Studies. Cole comes to San José State after three years on the faculty at Indiana University-Purdue University Columbus in Indiana and three years at Denison University in Ohio. The move to SJSU allows her to specialize in the emerging subfield of critical health communication. “I’m specifically interested in the ways marginalized communities communicate identity and negotiate agency,” Cole says. That has meant a broad range of research topics. Her doctoral study was on objectùm sexuality –people who form loving and sexual ties to objects — and how the Internet has allowed them to form a community and frame their experience and communicate about their desires without being stigmatized. Her research has also looked at reframing and understanding communication to be inclusive of neurodiversity, such as autism, rather than framing it as a communication deficit. And she is studying how friends and family members frame stigmatized death due to drug overdose and suicide in obituaries and how they use the platform to advocate and create networks.