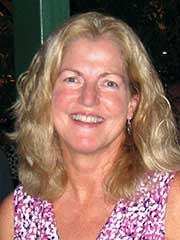 I’m curious as to what degree a talented polity insider—to use a political science term—could determine policy and affect the allocation of resources in a context where democracy failed almost half the citizenry. Dr. Hilla Sheriff, about whom I’m writing, sought to improve health care for African Americans in mid-20thC South Carolina. But white voters and the politicians they elected rejected state programs they believed would serve African Americans and also opposed integrated medical facilities. So Sheriff used contacts in Washington to ensure that federal money had “strings” attached, which resulted in South Carolina building integrated medical facilities and funding programs that served Blacks even before the successes of the Civil Rights movement. I’m examining the degree to which her work was institutionalized beyond her tenure with the state’s Board of Health.

What personal factors contributed to your study of social history and women’s history?

My family combines southern gentry, sharecroppers, union tradesmen, school teachers, and Choctaw Indians. Theirs was a messier world than that presented in American history textbooks. I was interested in learning more about the folks typically omitted or presented only symbolically.

Balancing a research agenda with our heavy teaching loads and my commitment to service has been difficult. We’re expected to do too much and compensated poorly—not only in terms of our salaries but also with a lack of private office space, adequate clerical assistance, and money to travel to collections/repositories. Motivated, talented people can excel as teachers, scholars, and University citizens for a time, but it takes a heavy toll. I’ve seen too many colleagues get sick and too many families disrupted.

The Department of History and College of Social Sciences have supported conference travel generously given limited resources. And lively, stimulating conversations with departmental colleagues have ensured that I continue to feel like a historian even though much of my time during the past 15 years has been spent as a CFA officer or as department chair.

E. P. Thompson’s The Making of the English Working Class (1963) has inspired more history “from the bottom up”—social history and more recently cultural history—than any other single work. And few historians have been so revered. When I spent a semester abroad at Queen’s College, Oxford University, Thompson held court down the street at Oxford’s Magdalene College. In those days, he was known for his environmentalism, peace, and anti-nuclear activism in addition to his scholarship, and students literally climbed the walls to catch a glimpse of him—a true rock star whose likeness to Peter O’Toole only added to his aura. I met him while playing guitar and singing country music, which the English love (who knows why, but it made enough money to travel throughout England and Scotland that summer and the next), with a group of underfunded Danish grad students who convinced me to play and sing with them at the Oxford train station and in London subway tunnels. The Danish boys looked tough enough—this was 1978, near the height of new wave/post-punk leather, studs, etc.—that I wasn’t afraid to hang out with them at all hours. Professor Thompson passed us frequently and requested the same old-school country songs my mother and grandmother loved. He was always incredibly pleased that I knew them and fascinated by my Texas accent. Thompson’s description of his project still takes my breath away after all these years:

I am seeking to rescue the poor stockinger, the Luddite cropper, the “obsolete” hand-loom weaver, the “utopian” artisan, and even the deluded follower of Joanna Southcott, from the enormous condescension of posterity. Their crafts and traditions may have been dying. Their hostility to the new industrialism may have been backward-looking. Their communitarian ideals may have been fantasies. Their insurrectionary conspiracies may have been foolhardy. But they lived through these times of acute social disturbance, and we did not. Their aspirations were valid in terms of their own experience; and, if they were casualties of history, they remain, condemned in their own lives, as casualties (pp. 12-13).

Fifty+ years ago, workers, women, and other commoners were described by their “betters” whenever they appeared as bit players in histories that focused on political, economic, and social elites. They were never themselves protagonists—the agents—in historical works. One rarely heard their voices. Thompson and those he inspired changed all that.

The Journal of Urban History and the Bulletin of the History of Medicine.

Be sure to apply for available conference and research funding. Once you’ve completed an application or two, you can reuse materials so that the process is not onerous. You must develop your research agenda to earn tenure, so have frank discussions with department chairs and mentors in your discipline about how to schedule classes and provide required committee service in ways that allow you to publish your work in peer-reviewed venues.

“Making a Case for Academic Values: A History Professor Brings Lessons from the Seminar to the Jury Room,” Academe (the national magazine of the American Association of University Professors), Jan./Feb. 2014, pp. 44–46.
“Dr. Hilla Sheriff: Caught between Science and the State at the South Carolina Midwife Training Institutes” in South Carolina Women: Their Lives and Times, Vol. 3 (Athens: University of Georgia Press, 2012), pp. 78–94."