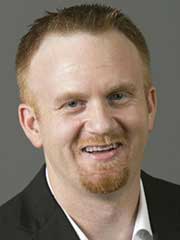 The big questions that drive my current research's agent are "What are the origins of money and why do we use money?"   I'm attacking this problem using a multi-faceted, interdisciplinary approach.   I'm running an experiment to test an economic theory of why people use money.  In addition, I'm working with a former SJSU anthropology student to model and simulate a prehistoric economy in Europe in which it is believed salt was used as a medium of exchange.

In response to the significant economic impacts of COVID-19, I co-developed with a student a public economics dashboard that tracks local economics conditions in the San Jose metro area (http://econ-dashboard.sjsu.edu/).  We were interviewed about the website for by the San Jose Mercury News, KCBS Radio, and the Silicon Valley Business Journal, and we hope in some small part we've been able to give back to the SJSU community.

Before I pursued a PhD. I was a masters student at SJSU.  My interaction with several professors during my time at SJSU piqued my interest in one of my current fields, macroeconomics / monetary theory and led me to pursue a PhD.

Theory of Money and Experimental Economics